From India to Hindia

Where is Bharat or India going?  On the way to greatness? Actualising dreams of Akhand Bharat, a behemoth which would steamroll everything in its path, Brahmins lording over everything under their collective gaze, the lower classes within the Hindus and minorities reduced to servitude only? This is actually the crux of Hindu mythology. So, from India to ‘Hindia?’

The facade of secularism, pretty thin to start with, wore out a long time ago, with the emergence of the BJP, a well-crafted front for the ultra-radical Rashtriya Swayamsevak Sangh (RSS). If Zionism has a face, a Modi-led Hindia defines it perfectly for those of us who have not seen or read about the emergence of ultra-orthodox Jewish Zionism. The Hindian media, echoing Akhand Bharat’s leadership 24/7/365 would have me and many like me believe it unconditionally. Doubts if any on this score, were clarified by Obama in his book which has recently hit the stands — and he is recognised as a Hindian lover. And this jingoism is not restricted to the BJP, which has been rather crude about it. The Congress too has contributed its share to this policy, but with greater refinement.

Against this backdrop, could India ever revert to what it was before Pakistan came into being? Just imagine if it was as the situation stood on the eve of 14, August 1947 — the British leaving the subcontinent, no Pakistan, and no Hindia either. It would be just the subcontinent comprising over five hundred different states, a land where rajas, kings or ameers were forever in conflict for one reason or the other. Shocking as it may sound, thanks to rising Hindutva or Brahmin Zionism, India is already beginning to look like that kind of land. That India today resonates with Christian and Jewish Zionism is no accident. Just look around and see who they are in bed with, or better still, who their enemies are — or is.

Let’s go back to the eve of August 14, 1947 when Pakistan, and a day later India, emerged on the world map. Suddenly, things not officially declared as part of the plan, started happening, in retrospect it is now clear because this had been orchestrated by the outgoing British rulers in connivance with a shrewd Nehru. How else can one rationalise the presence of the Maharaja of Patiala’s forces in Srinagar prior to the division of the subcontinent? Or that present-day India is about 40 percent larger in size compared to what it was on August 15, 1947? Expansionism was and still forms the core of the Brahmins’ strategic thought. To be fair, India certainly has the population and geographical size fit for a claim to greatness, and it has been consistent in its policies. And that’s not all.

The night of August 14-15, 1947 saw two different sets of people emerging from the same geographical entity. First, Nehru led India with the very heavy baggage of having been under Muslim rule for over 700 years, a period which saw the weakening of the Brahmins’ hold over lesser classes of fellow Hindus. The self-anointed masters of their own people could never reconcile to this reality. This factor was to acquire a life of its own with the passage of time, providing the basis for a continuity and consistency in its policies. Hindu philosopher, Chanakya Arthshastra, claiming to be in the same class as Machiavelli’s ‘The Prince,’ provided the required guidance and motivation — not that it was really needed.

Akhand Bharat was an undeclared national objective. 1962 against China, and 1965 against Pakistan proved to be unsuccessful adventures for this mindset.

Having “captured” Hyderabad, Junagadh and part of Kashmir, Nehru’s India declared openly that “Pakistan is an unnatural state. It will wither away on its own, or else will be undone by force.” Akhand Bharat was an undeclared national objective. 1962 against China, and 1965 against Pakistan proved to be unsuccessful adventures for this mindset. Undeterred, the Indian leadership kept at it and achieved it’s crowning glory in ‘71 when East Pakistan was separated to become Bangladesh. Feeling on top of the world, Mrs Indira Gandhi, the then Prime Minister of Hindustan, declared triumphantly that the “two-nation theory,” the raison d’etre of Pakistan, had been sunk in the Bay of Bengal. And India hasn’t looked back since.

The size, location, population and motivation were all there already. ‘71 had provided the necessary impetus. The acquisition of nuclear capability, the development of an aircraft carrier-based, nuclear submarine-equipped blue water navy, intercontinental ballistic missiles, the world’s third largest standing army, and a huge air force supported by a fast-developing indigenous weapons-manufacturing capability were obvious follow-ups. A proxy war against Pakistan had been fought and won. The Sikh separation movement had also been crushed by force. Indian dreams had started to become a reality. But not quite.

While India’s drive to regional power status, on the way to becoming a global one, was gaining momentum, simmering fissiparous tendencies started surfacing in various forms in different parts of the country. It wasn’t a homogeneous society to begin with. Ever-increasing Hindu Nationalism didn’t do any good to the waning confidence of the minorities, Muslims were a specially targeted lot. Modi, who had shown the way as Chief Minister Gujrat, was elevated to lead the BJP and went on to win the 2014 elections based on a hard-nosed anti-Pakistan (anti-Muslim) manifesto. Now “democratically” empowered, Modi set about transforming India into Hindia, where minorities were to be reduced to nothingness.

9/11, a watershed in many ways, also provided the much needed impetus to further strengthen the long-nurtured hope of an Indo-US partnership which would see the two countries working for the same goals, in the region and beyond. India grabbed the opportunity with both hands, and got the space and sufficient freedom of action to launch yet another full-fledged proxy war against Pakistan with the aim of balkanising it further into manageable entities. And India has used all the possible tools at its disposal for this purpose. Meanwhile, some of us in Pakistan became part of their scheme unintentionally, while others jumped in knowingly, offering all kinds of logic in support of what they were/are doing. China and others with interests in the region could not have remained mere spectators in this power game. And they didn’t. China made its move in 2015 through One Belt, One Road (OBOR), the China Pakistan Economic Corridor (CPEC) being its flagship. This huge project aimed at regional and international connectivity for economic development, has equally huge geo-strategic significance as well. It hasn’t gone down well with the growing Indo-US partnership.

Re-elected in 2019 with a thumping majority, Modi’s India moved swiftly to absorb Illegally Occupied Kashmir, disempower Muslims through various acts of parliament and generally stamp India as a hardcore Hindu state, Hindia in every sense of the word. The Himalayan range, long considered a barrier against China, failed Modi when needed the most. In a brilliantly conceived and executed move, the Chinese juggernaut activated India’s eastern front, moving deep into Ladakh while posing credible threats elsewhere, leaving Modi to wonder about the price Hindia has to pay for becoming a willing bulwark against the fast-emerging superpower. Nature, quick and firm as ever, is laughing too. The Hindian economy has tanked, Covid is taking its toll, the Kashmiris are as defiant as ever, seven southern states are not letting up, and Pakistan didn’t oblige when Modi flexed his muscles on February 26 last year. On the contrary, Pakistan’s response left egg on Hindia’s progressively ugly face.

Having dealt with a Hindian-sponsored and CIA plus Mossad-supported war on terror, Pakistan is in no mood to accommodate anyone or anything which is even remotely against its national interests.

Currently, there is a kind of stalemate, which is not natural. Something has to give. Evicting China from Ladakh and forcing it to abandon its strategic outreach is fraught with danger. Undoing OBOR by taking out CPEC is much more so. Afghanistan isn’t as hospitable either. That leaves Pakistan, one extremely tough nut to crack, as Hindia has learnt in the last two decades. Having dealt with a Hindian-sponsored and CIA plus Mossad-supported war on terror, Pakistan is in no mood to accommodate anyone or anything which is even remotely against its national interests. Will Hindia cross the Rubicon then? Go to war with a country which has left no doubt that it will go the distance — and beyond if need be, to protect its interests.

Well, it has happened before, miscalculations leading to unforeseen happenings. We may not acknowledge it, but Pakistan is in the middle of an undeclared war right now. Transitioning to a declared one wouldn’t be very difficult, even if extremely challenging. Unfortunately, the major part of our media isn’t really concerned with the evolving power game, while the Hindian media, in total harmony with national policy, continues to spew venom against Pakistan 24/7. What’s more worrisome is that our political leadership in general also appears to be oblivious to the threats we are faced with.

I would like nothing more than to be proved wrong this one time. 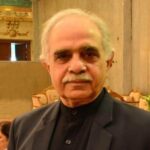 The writer is a prominent defence analyst. During his long military career, he served in a number of command positions.
View Posts 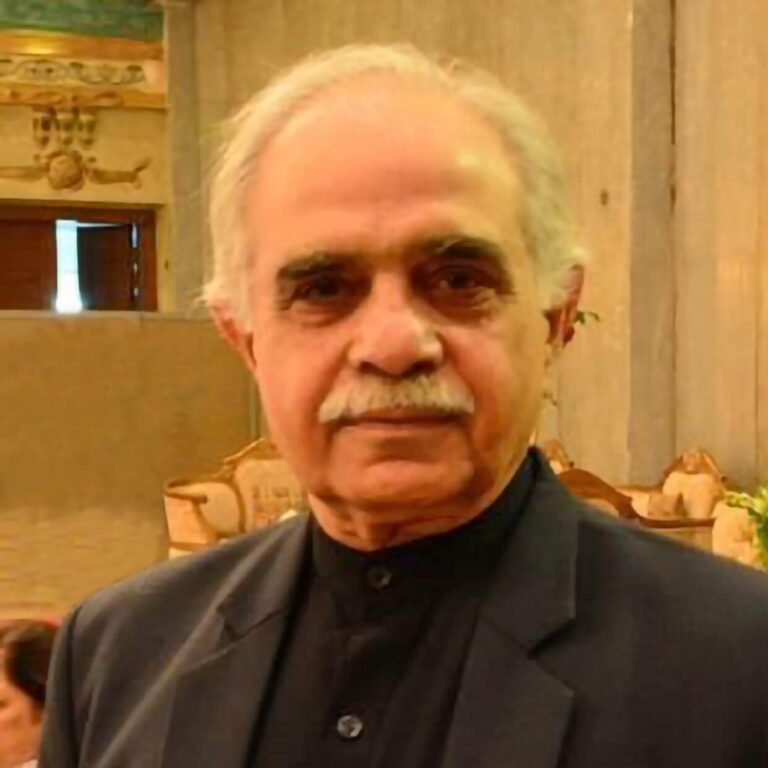 Lt. Gen (R) Ghullam Mustafahttp://narratives.com.pk
The writer is a prominent defence analyst. During his long military career, he served in a number of command positions.
Previous articleIndia’s Web of Terror
Next articleSold Down the River?

Pakistan’s lip-service to the cause now appears more and more hollow, and aimed at placating the home crowd rather than putting any genuine pressure on India