Enemy at the Gates

What’s common between Entebbe Airport, the Munich Olympics, Two Minutes Over Baghdad, and the fake Hindian air strike at Balakot? It’s a no-brainer really. Let me add to these if you haven’t cottoned on yet; Trump, Jared Kushner and the Deal of the Century!  Still wondering? The answer in one word: Israel.

Of the many reasons for and consequences of World War Two, the creation of Israel must rank among the top few, whichever way one looks at it. This aspect of the perpetually ongoing Great Game makes for a very absorbing and fascinating study. While the Deal of The Century appeared to have fallen through, Trump’s son-in-law, Jared Kushner, leading this campaign, had other moves up his sleeve. Moving Israel’s capital to Jerusalem was one, conceding internationally recognised Syrian territory, the Golan Heights to Israel another, and brokering the Abraham Accord was the last, but not the least, of gifts bestowed by the ‘Leader of the Free World’ to an extremist religious state.

So what does this tell us? That the unbridled application of raw power is again the new normal, and human or any other rights are just sticks with which to flog those who don’t fall in line? And it is not over yet, not by a long shot. Pakistan, however, appears to believe it is of little or no consequence, notwithstanding the politically motivated rhetoric of “yahoodi ka agent” hurled indiscriminately at whoever happens to be on or even off the horizon.

It doesn’t end there. The Trump Administration did more. It changed the nomenclature of its theatre-based armed forces command immediately after assuming office. The Pacific Command was re-designated as the Indo-Pacific Command. Innocuous sounding to most, but very meaningful. It wasn’t only to keep India amused. Consider the four major agreements starting with the Logistics Exchange Memorandum of Agreement (LEMOA) in September 2016 to the Basic Exchange and Cooperation Agreement (BECA) in the first week of November 2020. And should we believe that it is only India’s boundless cuteness which has made it the fourth member of the Quadrilateral Security Dialogue (QUAD) — the US, Australia and Japan being the other three? Or do we read these developments together to come up with other theories? Conspiracy theories? 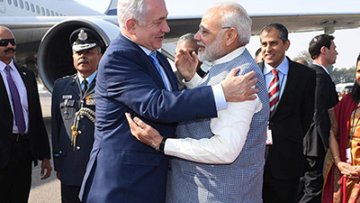 Enter the Biden Administration in January 2021. After a flurry of optics improving executive orders, the new POTUS expands United States Central Command (CENTCOM)’s area of responsibility to include Israel, previously under European Command. Is it merely a routine change or does it mean something more substantive? Why now?

My imagination might be in overdrive, but humour me and look at the world map. The area of responsibility of the Indo-Pacific Command stretching from China to India, the Atlantic and Pacific Oceans and partially also the Indian Ocean is getting warmer, and it is not because of summer. In addition to hemming in China’s seaward area of influence which includes the entire Far East, it can effectively block the Straits of Malacca, thus severing China’s westbound sea lines of communication beyond its legitimate claims, one of the key elements in this game. Apparently, China was aware of these strategic developments, and as part of One Belt One Road (OBOR), had moved to gain freedom of action by including Myanmar, Sri Lanka and more recently, Bangladesh, as the pivots of its sea linkage. Is it just a coincidence that these three countries are under some kind of bind, and that too of India? No wonder the US wants to keep it “amused!” As is evident from developments in this region, it is an ongoing conflict area, part of a future battleground if and when this kind of latest Cold War gets upgraded to kinetic levels. The Indo Pacific Command has quite a task on its hands — bottle up China within its exclusive economic zone and cut off OBOR’s sea routes, almost all of them. 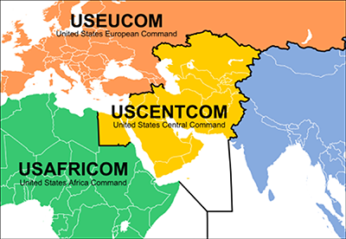 Now to CENTCOM, which today extends from Pakistan to Israel and to everything in between, including Afghanistan, the Middle East, part of Africa and more importantly, all entry and exit routes from the Indian Ocean. The addition of Israel with an enhanced perimeter of security as a result of the Abraham Accords should have raised a few eyebrows in Pakistan. However, barring the odd article in the print media, it is all quiet on the home front. Israel is now physically present in India, Afghanistan, the UAE, Oman, Egypt and Sudan. This development should have set alarm bells ringing in Pakistan, but one doesn’t hear anything. It can mean either of two things. One, I am hallucinating and there’s nothing to worry about. Or two, we don’t want to face the harsh realities simply because we can’t do much about them. What if Israel were to go it “alone” against Iran as it declared recently? Will that have consequences for Pakistan? Very, very serious ones. What would we do then? Side with our brotherly Islamic countries of the Middle East? Stay neutral even if there is a spillover into the country? Help Iran defend itself against aggression?

OBOR’s sea route will link with its southern land route, the China-Pakistan Economic Corridor (CPEC) to be precise, at Gwadar. This jewel in our crown will still be the central pivot even if Iran joins. China is laterally linked to the Eurasian land mass through its neighbouring Central Asian countries, but this strategic zone can reach the Indian Ocean only if Afghanistan settles down. It is only then that we will see OBOR blossoming into an interconnected and interdependent economic juggernaut needed so very badly by all the linked countries. That will actualise the prophecies of sages who had predicted that the 21st Century would belong to Asia and that whoever controls the Indian Ocean would have the decisive say in this regard. Going this route could also raise hopes for a peaceful and just resolution of the Kashmir Issue. Otherwise, as is happening in the case of Palestine, Kashmir will continue to fester.

It suits the powers-that-be to keep Afghanistan on the boil, allow India to absorb Kashmir completely through whatever means necessary, and wear down an economically weak and politically unstable Pakistan, again through whatever means necessary, into giving up its major strengths. Squeeze Pakistan out from OBOR, weaken its armed forces, create an unbridgeable divide between its forces and its people, de-nuclearise it and bring it down to just being a pathway. Increasingly, the title ‘Enemy At The Gates’ starts making sense, more so because this enemy in connivance with the enemy within is already waging a hybrid war against Pakistan.

One could disregard this entire hypotheses as the figment of an overactive imagination of a subjective mind. I have no beef with that, so long as it is proven wrong on the ground. Till then it can work as another conspiracy theory laced with a few undeniable facts or even as a crude attempt to employ fear as the key to compel people to listen. Either way it would have served its purpose. After all, there has to be a strong reason for the various developments mentioned earlier, almost all impacting our region, especially Pakistan. There has to be a reason for this sudden onslaught on the ‘Establishment’ by some of its favourites in the years gone by. Figure that out and let’s get our act together before it is too late.

Previous articleDo or Die
Next articleWhy not Khalistan?
Lt. Gen (R) Ghullam Mustafahttp://narratives.com.pk
The writer is a prominent defence analyst. During his long military career, he served in a number of command positions.

A Cry for Help