Surrounded by political hounds and desperadoes, Prime Minister Imran Khan took a huge risk and survived — but only by the skin of his teeth.

Repeated defeats in the by-elections — one, surprisingly in his own backyard, Khyber Pakhtunkhwa, followed by a drubbing on the Senate seat from Islamabad — made Khan look like a goner. But he is a fighter and so he fought back.

His gamble to seek a vote of confidence was daring and he emerged victorious, securing more numbers this time round than in his original victory as Prime Minister. But not before squeezing through a maze of conspiracies, manipulations, backdoor-deals and rough and tough wheeling and dealing.

The Pakistan Democratic Movement (PDM)’s celebrations were short-lived and a bruised opposition complained that Khan had used “gutter tactics,” which, they strongly believe, is their sole prerogative. They are known to use every trick in the book of crooks and mafias. If anyone dares to use a single page from it, he would instantly be told that his “Character dheela hay” (He has a loose character).

Politics is, admittedly, a dirty game, but if one party sticks to the rules and the other does not, how long can the game go on? And the Federal Information Minister, Shibli Faraz, put it succinctly: “We cannot be expected to play soccer with our hands tied, when the others use their arms and legs.”

So caution was thrown to the winds. Everyone climbed down from the high pedestal of morality, rolled up their sleeves and jumped into the arena. What followed was a despicable sight, for which all politicians across the political spectrum got a lot of flak. Hopefully, it will never be repeated.

The recent events have given Khan a new lease of life, but his challenges have also multiplied.

The seemingly empty sloganeering of the opposition parties started showing results when Asif Ali Zardari convinced the confrontationists to cool down and use the system to exploit Khan’s weaknesses in governance and in managing his own men and matters. 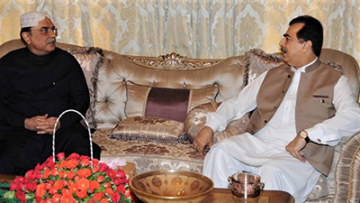 Being a master of backdoor deals, he first put up Yousaf Raza Gillani as the opposition’s candidate from Islamabad and then allegedly used his billions and cronies to buy a solid bunch of PTI legislators.

A veteran witness of many such deals, Interior Minister Sheikh Rashid said, on record, that almost 25 PTI votes had been compromised in the most expensive election on a single Senate seat. Zardari, whom Rashid credits with possessing a Phd in politicking, made sure that money was not in short supply.

A wobbly Establishment, shaky after the volleys of direct fire from the Opposition, had just started to hold its hand, and it was at that very vulnerable moment that Zardari struck the PTI government with Gillani’s victory.

After the initial shock, Khan collected his wits and hit back instantly. The Establishment also realised that it was far too dangerous to let a wounded Khan fall before the sneering hounds. The battle was expected to be fierce. 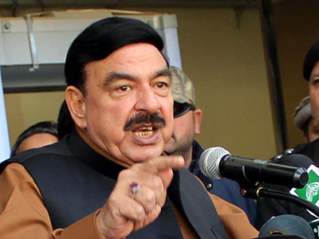 According to Sheikh Rashid, the usual midnight telephone calls started flooding the telephone exchange and out of the 25 renegades, many were persuaded to show up and vote for Khan the following day. Two of the PTI MNAs were showing attitude until just one hour before the votes were to be cast. Finally, they did come around, and Sheikh Rashid noted that these two persons were the loudest in celebrating Imran Khan’s victory in the House.

Such is the inglorious hypocrisy of a system that we call “democracy.” None other than the Prime Minister himself shared this view with me a few days before the Senate polls.

I asked him about the prospects for democracy in the country. In my view democracy could never take root with a band of crooks and hypocrites, devoid of any values or morals, wanting to take turns at ruling the country; they had to be eliminated through a major surgical strike across the board. Imran Khan quickly responded by saying, “Sadly it’s the only way to clean up this rotten system.”

His words resound in my mind as he enters the second phase of his term, with just about two years left and a massive people’s agenda yet to be implemented. 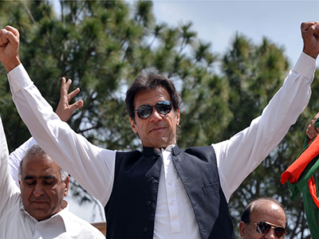 Khan believes he will now have to go in for a surgery, sure-footedly and as quickly as possible. He is trying to convince the Establishment that unless they take a firm decision and stop dithering and vacillating, Pakistan will go down the drain and become impossible to govern, à la Ethiopia or Somalia. And this, even if they eventually decide to take over the reins of government.

Khan’s virtual second term thus begins with a new resolve to reform the system, clean up the mess and use all the tricks in the book, foul or fair, to achieve the results that he views as being essential for this country’s survival.

A variety of options are being considered, including a presidential system with Imran Khan in the seat of president, to keep the international community from agitating and protesting too much.

The process of accountability to counter the all-pervasive corruption in the country, led by those elements who have not just been identified but charged and indicted, needs to be taken to its logical conclusion.

These elements include those within the ranks of the PTI as well. Imran Khan has mostly appeared like a lame-duck PM in the first half of his term, dependent on a motley bunch of corrupt people. But now that clarity has come to him, as it must to all decision-makers, he should ensure that only the genuinely clean persons from either side of the spectrum are allowed to stay in the field and the rest are sidelined. If the PDM continues to pull him down and create bigger hurdles in his way, it is likely that his like-minded sponsors will move in quickly and resolutely to put an end to the opposition’s movement, and allow the PTI to complete its tenure.