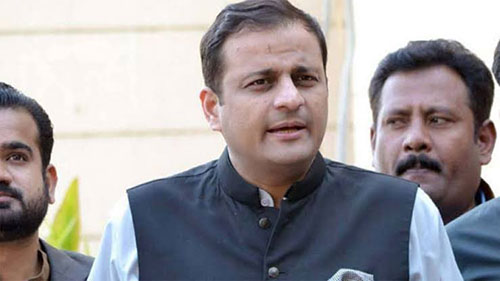 Murtaza Wahab is, perhaps, the best face the Sindh Government could have offered from the ranks of the Pakistan People’s Party (PPP) jiyalas as administrator Karachi. And that’s what it did, through a notification issued on August 5. Even PPP’s most rabid rivals did not have much to say against Murtaza Wahab, a bright young barrister by profession and a second-generation PPP loyalist, whose charismatic mother, Fauzia Wahab, also stood by the party through thick and thin.

Many within the PPP, as well as among the Karachiwallahs, have great expectations of Murtaza Wahab. And so far, he has been making the right noises and creating good optics by vowing to focus on the development of Karachi, announcing the setting up of a food street at one of the city’s food centres — the famous Boast Basin — and expressing his commitment to handle Karachi’s multiple mega problems, including the solid waste littered on almost every nook and corner of the city.

Compared to Waseem Akhter, the last elected mayor of Karachi, Murtaza Wahab is expected to get more funds and the provincial government’s support in mitigating at least some of the problems of this mega-city, which is being cited as a prime example of PPP’s 13 years of misrule, poor governance and neglect.

PPP Chairman Bilawal Bhutto also wants his party to expand its footprint in the city, where one of its traditional rivals – the Muttahida Qaumi Movement (MQM) – is in total disarray because of factionalism and divisions, and the new challenge in the form of the Pakistan Tehreek-e-Insaaf (PTI) has also failed to cash in on its electoral successes of 2018.

With all the powers now concentrated in the hands of the Sindh Government — thanks to the 18th Amendment — and the vast resources at its disposal, ideally speaking, winning the hearts and minds of multi-ethnic urban Sindh should not have been a problem for the PPP, which, in the past, enjoyed considerable support among the urbanite intelligentsia, as well as the masses. But the party failed to build on its support base. The reason: the PPP, especially under the leadership of Asif Ali Zardari, focused more on its rural support-base, concentrating all powers at the provincial government level by stifling the local bodies — the third tier that is vital in any democratic set-up. Devolution of power at the local government level is all the more necessary in a multi-ethnic province like Sindh to ensure inclusiveness and empowerment of all the communities, ethnic groups and segments of society.

Yet the PPP does not want to fix the self-created structural flaws of the system. Yes, Murtaza Wahab may be the best choice. He may be the Mr. Nice Guy of the PPP, many of whose leaders are tainted with allegations of corruption. But as administrator Karachi, while Wahab might be able to take some or many cosmetic steps, he will not be able address the root cause of the problems of this city which stem primarily from concentration of most financial and administrative powers in the hands of the provincial government.

This means to do some work for Karachi, Murtaza Wahab will have to bank on the largesse of the Sindh Government, which might be obliging in his case because he is a party member, but not because it considers this as an obligation under the system.

Even the very appointment of Wahab as administrator Karachi is undemocratic in spirit. The Sindh Government should have pressed for the holding of the local bodies’ elections, which interestingly, most big national level political parties do not want in the provinces they rule.

What Karachi, or in fact any urban centre of Sindh or Pakistan needs is an empowered local bodies system under which the elected mayor has administrative and financial powers. A massive city like Karachi, which serves as an economic engine not just for Sindh, but the federal government as well, does not need the largesse of Sindh or the federal government. It can generate its own revenue, provided it is allowed to do so under a cohesive and empowered local government system.

The PPP, however, is headed in the opposite direction. It has divided the city into districts, further weakening the mayor, and usurped most powers of this office. The Karachi Building Control Authority does not exist anymore. It is now the Sindh Building Control Authority. The Sindh Solid Waste Management Board, operating under the chief minister, has denied the mayor Karachi the right to even take care of the litter. As a result, heaps of garbage can be seen in every nook and corner of the city; a big chunk of it is burned, leading to pollution threatening public health. But does anyone care?

In fact, Karachi is, perhaps, the only mega city of the world where the standard of living and the civic and infrastructural facilities, instead of improving, have deteriorated under the PPP watch. It is a city without potable piped water for most of its citizens. The city, despite its size, is still deprived of any decent mass transit system. A couple of bus lines which became operational after many years are not enough to cater to the city’s needs. But the Sindh Government is not willing to take any responsibility; rather, they are indulging in a blame game. The authorities in Karachi cannot even manage to do anything about the stray dogs who are a nuisance, especially in the poor neighbourhoods…

The list of Karachi’s grievances can run on and on. And Murtaza Wahab, with his limited powers, will be able to do little to address these mammoth problems.

If the PPP is really serious about addressing Karachi’s problems and transforming it into a modern and developed city, the first step they need to take is, empower the local governments. This, the party can do on its own, without the support of any other political party, as it has a decisive majority in the Sindh Assembly. Without addressing the structural flaws of the system, Karachi cannot be fixed. But this is the one step that the PPP is not willing to take. Therefore, one can only wish Murtaza Wahab good luck. But practically speaking, there is little hope that he could change the fortunes of the city as his political bosses do not want to devolve power to the grass roots level.