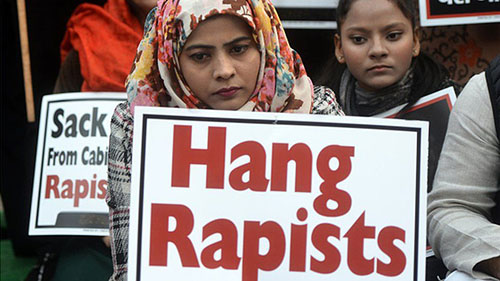 The demand for public hangings of rapists and killers is echoing in the land of the pure, once again. Some lawmakers — belonging to both the treasury as well as the opposition benches — have also joined the chorus demanding public executions, following the rape and murder of Noor Mukadam — an educated, independent and outgoing woman in her late 20s — by ex-boyfriend Zahir Zakir Jaffer in Islamabad on July 21. Fortunately, this time around, there was no debate on the merits and demerits of chemical castration as was the case following the September 9, 2020 motorway rape case.

Pakistanis have also been jolted by the shameful incident of groping, molestation and harassment of a social media activist, Ayesha Ikram, at Minar-e-Pakistan in Lahore on August 14 by dozens of men, in full public glare.

Unsurprisingly, many angry voices are declaring Pakistan an unsafe country for women and children. However, not everyone is on the same page. While one set of public commentators, analysts and talking heads are lamenting the misogynist mindset prevalent in society, the other is holding the victims themselves responsible for the crimes perpetrated against them; they maintain that the victims themselves invited trouble by venturing out of their homes — disregarding the traditional norms and conventions a woman must follow. It is unfortunate that even such horrific crimes against women and children are intensifying the polarisation in society.

In this clash of opinions, one basic question that is conveniently being ignored is, whether the existing laws are being implemented in an honest and fair manner to fight such crimes?

In a country, where the so-called “honour” killings have claimed the lives of more than 1,000 women in 2020, and witnessed nearly 3,000 cases of child abuse – in some instances, the children were even murdered – not even a single execution was carried out all through 2020 and the first eight months of 2021. The Pakistan Tehreek-e-Insaaf government has placed an undeclared moratorium on the death penalty due to pressure from the European Union and effective lobbying from a handful of NGOs, most of whom are financially backed by the Western nations and rarely voice the views of the victims and their families.

As a result, even murderers and child-abusers cannot be hanged as per Pakistan’s law and the Constitution, even as the number of such crimes are soaring. So much for Prime Minister Imran Khan’s dream of establishing ‘Riyasat-e-Madina.’

No wonder the number of death-row prisoners in Pakistan remains pegged at a healthy 4000 plus, year after year. The reason: the capital punishment awarded to 78 per cent convicts were set aside by the Supreme Court of Pakistan between 2010-18, according to a joint study conducted by the Foundation for Fundamental Rights and the UK-based Reprieve. The study further reveals that “In 2018…, the Supreme Court upheld the death penalty in only 3 per cent of its reported capital cases, overturning the death sentence or ordering a review in 97 per cent of capital cases.”

These statistics speak volumes about the poor state of investigations, prosecution and the legal system of the country, where most criminals involved in heinous crimes, including rape, murder and terrorism, are able to walk free or manage to ward off the death penalty by exploiting the loopholes in the system. The Supreme Court’s caution in dealing with the death penalty cases is understandable, given the weaknesses of the system, but at the same time there is no effort by those concerned to reform the system, ensuring its efficacy and fairness. The result is the present mess where the state appears toothless in a majority of the cases of heinous crimes, meriting capital punishment.

However, this means that those three per cent of the convicts, whose death penalty has been upheld by the Supreme Court, need to be executed.

If our political parties, lawmakers, and the government are really serious in ensuring justice in cases of barbaric crimes like rape, child-abuse, parading women naked in public and murder, then instead of coming up with impractical suggestions and demands like public hangings and castration, they should insist and ensure an efficient and fair implementation of the current laws. At least they could demand lifting of the moratorium on the death penalty so that open-and-shut cases — like that of Noor Mukadam — can be decided swiftly and the criminals be punished according to the law.

They should also ensure that the controversial laws of Qisas and Diyat are not used and abused to let go of murderers. There are countless examples where if one family member kills a woman in the name of so-called honour, the other pardons him. Similarly, influential families use their power and their money to buy pardons for killers and the police is seen working on their side. This is not the way that a state should deal with heinous crimes in the 21st Century and allow criminals and their abettors to exploit the sacred name of Islam, which emphasises justice and fairplay.

At least in all cases of murder and child abuse, the state should itself become a party and ensure that murderers and rapists are not allowed to walk away free. If those in power are serious in curbing such crimes and securing justice for the victims, then all they have to do is, make the system work. Is it too much to ask or expect from our elected representatives?