Those were the day when Farooq Leghari was the president of Pakistan. He had already dismissed the government of his benefactor Bibi Sahiba Shaheed under Article 58 (2) (b). Hand in glove with the establishment he had brought in Nawaz Sharif as prime minister and working on a pre-set agenda he was now scheming to dismiss Mian Sahib’s government as well.

Mian Sahib naturally wanted to pre-empt the move. He filed the 13th Constitution Amendment Bill which repealed Article 58 (2) (b). Bibi Sahiba was in asylum in Dubai. Asif Ali Zardari was in Jail. Most of us in the PPP, including me felt that we should not vote for the amendment. Why should we step in if both of our enemies were fighting against each other? But then came Bibi Sahiba’ directive. It was not one of our enemies fighting against the other. It was the parliament that was under attack by the presidency and we should stand with the parliament. 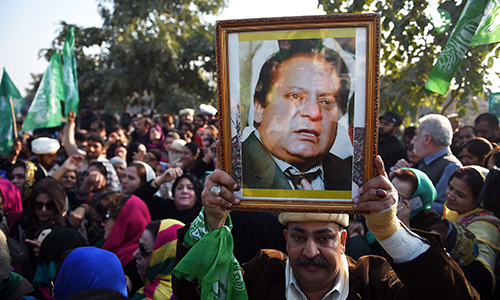 13th Amendment was passed unanimously by both the Houses of the Parliament in a single day. Mian Sahib’s government had survived. He was jubilant. That night he threw a grand buffet dinner in the large entrance lobby of the under construction Parliament Lodges in honour of the members of the parliament who had voted unanimously for the 13th Amendment. I remember that he was going around with a cheerful smile on his face personally greeting each and every guest.

He reached Z A Suleri and put his hand on Suleri’s shoulder. “Suleri Sahib you should write that Mian Nawaz Sharif had started from the point where Quaid-e-Azam had left off”, he said in Punjabi. Little did he realise that I was standing next to him waiting to meet him. “You are being very modest, Mr Prime Minister”, I remarked in English. A little surprised and embarrassed too he turned towards me. “Suleri Sahib is an old friend”, he said, shook hands with me and moved on. 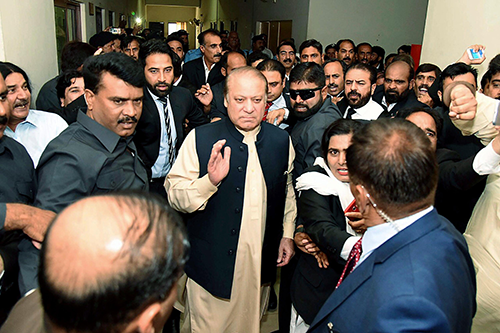 A little while later when I narrated the incident to Senator Aitezaz Ahsan he had a big laugh. “Taj Bhai, Mian Sahib does not understand subtle remarks specially when said in English.”

Our joys were short lived. News started pouring in that the presidency was trying to make a forward group within the PML-N in order to break the party and to reduce Mian Sahib’s support to a minority. A new prime minister had already been selected from within the forward group. And then came the 14th Constitution Amendment Bill introducing Article 63 –A in the Constitution in order to stop floor-crossing. 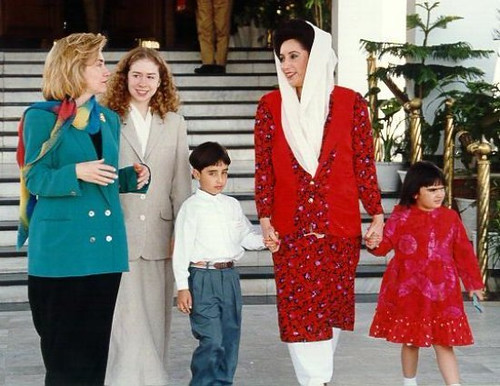 Once again many reservations were expressed by us. The bill gave dictatorial powers to party heads. The bill completely blocked dissent and voting according to one’s conscience. Parliamentarians were being reduced to the level of robots. What was then the need of a debate and casting votes on bills, just count the number of members of each party. The powers given to party heads could be easily misused and they could get away with anything.

Bibi Sahiba was once again very logical and emphatic. We owed it to the people of Pakistan to stop the establishment from creating their loyalist groups in political parties and breaking them. Fragmentation of political parties weakened democracy and we should not allow this. Article 63 -A was also passed unanimously by both the Houses of Parliament within a day. 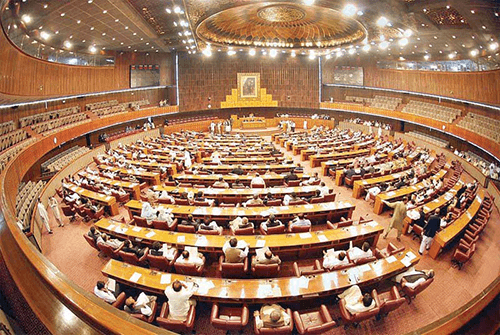 Such was the hurry that a typographical error in the official draft of the bill which had changed its entire purpose had gone unnoticed till after the passage of the amendment. According to the amendment, NA speaker or the Senate chairman had to pass on to the Election Commission of Pakistan the unseating notice against any member received from a party head within two days. The typist had replaced the word “within” with the word “after”. A treasury bench senator walked up to Senator Sartaj Aziz and whispered the replacement mistake in the passed bill to him. A hush fell and realising the mistake, Senator Sartaj Aziz rushed to the opposition benches and pointed out the blunder to Senator Aitezaz Ahsan and some others. A new draft was quickly typed and was quietly put in the official files replacing the already voted upon draft. 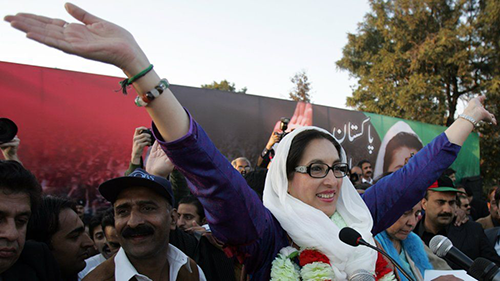 Article 63-A was almost rewritten when the 18th Amendment was passed by the Parliamentary Committee presided over by Senator Raza Rabbani. I was not a member of the Senate at the time of passage of 18th Amendment. The revised Article 63-A addresses some of the apprehensions that had been expressed at the time of its first passing. However, on the insistence of PML-N a new proviso that the article would be applicable only after the next election was added.

Article 63-A which was supported by Shaheed Bibi Sahiba in order to stop the establishment from breaking political parties was extensively used by PML-N in Punjab in 2008 to break up PML-Q by making their elected members join PML-N and forming their majority government with the help of this proviso.

Previous articleRich Pakistanis and Dubai
Next articleDe-Muslimisation of IOJK
Taj Haiderhttp://narratives.com.pk
The writer is a Senator and a founding member of the Pakistan Peoples’ Party.

With a history of violence, Balochistan Liberation Army has...

Pakistan’s economy is passing through the most difficult phase...

The Time of Reckoning