I had the privilege of reading two notable books by former Pakistani diplomats last month; Pakistan’s Foreign Policy — A Reappraisal by Shahid M. Amin; and China, West, and the Islamic World by Syed Hasan Javed. I am not reviewing these books because neither adds anything substantial to the theory of diplomacy — a political activity and a significant power component. The main aim of diplomacy is to help states uphold their foreign policies’ goals without using force, propaganda, or law.

Although every international organisation comprises both big and small states, we know relatively little about small states’ activities within these arenas and their prospects to influence policy outcomes. It is, therefore, refreshing to read two books concurrently by Pakistani authors. Less resourceful states like Pakistan encounter significant obstacles in different negotiation settings.

At the heart of the theory of diplomacy is the notion of communicating, interacting, strengthening contact, and mediating with states and other global players. Many diplomatic processes, possibly the outcome of expedience or simple practicality, were institutionalised over the years and became formal international law. Religion has been, and will continue to be, a decisive contributing factor in violent conflict. Therefore, it is disheartening to note religion and religious actors are often not included in diplomatic efforts.

Recounting a story in his memoir, Independent Diplomat, American diplomat Carne Ross writes; “In 2001, the UN Security Council (New York) had a debate, not a post-modern philosophical discussion; they were trying to agree on becoming international law. They aimed to get a concession on the conditions of what they called the “rollover” of the Oil-for-Food program in Iraq.” One thing Ross later realised about the debate was that they chose the “facts” to suit the policy, not the policy to suit the reality on the ground. If presented with the irrefutable facts of experience, they would not have found it so easy to make that policy. This problem is common to all foreign policy; despite the abundance of “information” in today’s digital world, it seems it is not getting better. No matter how descriptive it is, all information embodies a selection and reduction from reality. A plethora of accessible information must do ineluctable ‘filtering’ to get ‘essential’ information for policy decisions. And the further away diplomats are from reality, the worse the tendency to make bad or inappropriate decisions.

There is an assumption in government that policymakers sit at the zenith of a pyramid of information. No one in government believes that they know everything. Still, they are convinced that as the information about reality at the base of the pyramid is moved up, only its unnecessary elements are discarded, leaving only the necessary “facts” for those at the apex on which to base their decisions. Sometimes, what is relayed to the decision-maker may not be germane to the matter at hand. Indeed, it may be the very thing discarded. It is a problematic diplomacy deficit that specific information types should be exempted.

One particular feature lacking in the dialogue of international relations is the ability to differentiate between description and reality. Decisions made based on a story — which cannot correctly capture what is going on — are most often unsuitable for the people experiencing the challenge firsthand. Diplomats have to find ways to account for the ineffable and essential elements of what makes us human and defines our reality. Furthermore, they should approach information eclectically and allow room for acknowledging and evaluating emotion and non-measurable aspects of reality.

Diplomacy is not democratic, even in democracies. It is assumed that diplomats are a distinct elite free to negotiate policy with little outside investigation, influence, or responsibility. Those impacted by the verdicts have only a slight idea of what the diplomats are doing in their name, or even who they are. Even in presumed democracies, it is tough to know what envoys are doing on behalf of the masses. It is all but impossible to gain access to them or spur on their decisions; if they make errors, which will undoubtedly happen, it is only very seldom possible to hold them responsible. Like the world, the policy is knotted and complicated.

Policy-making is not beneficial when done in secrecy or privacy. Information is not credible unless it is constantly reexamined, reviewed, and tested against reality. Other people, especially those most affected by a policy, must be entitled to participate.

The designation between the ambassadors and their nation is an incorrect and arbitrary one. When you become an ambassador, you ought to submit yourself to the collective state: your personal “I” becomes “we.” Members of the diplomatic elite are encouraged and trained to consider themselves their country’s image. The rationale for such a designation — that the diplomats embody the government representing the state whose population has voted the government in — is flimsy. In actuality, the appointment is a facade for erratic, contrived, and unexplainable decision-making. When an ambassador talks as “we,” that assertion only very scarcely has anything to do with the actual collective desires of the nation involved. The “we” is also tricky in that it enables individual ambassadors to subsume their subjective morality into that of the nation. Consequently, this allows an amoral attitude since, by traditional understanding, the country has no character and is free to do things that the individual is not open to doing. 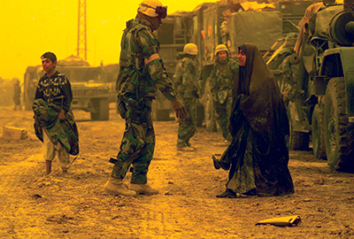 Despite the fallacy of the elite’s adoption of the nation’s concerns as their own and the allotment to themselves of the right to determine what is best for that nation, the populace involved often seems to accept this role. The inactivity of the public is the necessary result. This passivity may be another chronological legacy — that many people seem to approve should ignore them from the negotiation of their affairs internationally.

However, it is possible that it also serves their interest. There is an implicit, unacknowledged agreement at work: the negotiators continue dealing with the world, whatever the outcomes, and the masses get to live and enjoy their lives. It is a kind of interchange of irresponsibility or, more succinctly illustrated, an agreement between the unaccountable and the careless.

This model may have worked when the world was less integrated than now and when a country’s affairs touched only issues that are less connected to ordinary people’s interests. But today, when our existence is inextricably attached to the lives of the other residents of the world, this model is inapplicable. Both sides’ irresponsibility strengthens and encourages the unfavourable competitive model of international relations to everyone’s absolute disfavour.

The perception diplomatic elites, most newscasters, and columnists have about foreign affairs are once again inherited from earlier history. Nations are seen as discrete players with interests that must be arbitrated and mediated with other nations, sometimes bilaterally, collectively, or multilaterally.

Each government only cares about its interests; peace lies in a harmony of interests, obtained through negotiation and diplomatic communication. Where stakes are in antagonism, sometimes armed confrontation must ensue. Self-interest is perceived as the underlying factor of international relations. It is an echo of modern economic philosophy that the maximisation of welfare lies in individual self-interest protection. However, just like that philosophy, such a line of thought about international relations yields unsatisfactory outcomes that may have nothing to do with the combined (or even individual) interest of humanity. This norm may have been fitting for a time when the joint parts of society were relatively less evident than they are now.

Another challenge of modern diplomacy is that it is very unfair and unbalanced at a more fundamental level. Its machinery and procedures are monopolised by influential and wealthy states whose economic and political influence is bolstered and augmented by their less-recognised diplomatic power. Prominent, affluent, and established governments have large calibres of professional, well-trained, and well-resourced representatives who are equipped to dominate negotiations. On the other flank of the negotiation table, poorer and less experienced nations struggle to get their viewpoints acknowledged and talk more about being accepted. Undoubtedly a drawback for the less powerful, but it does not serve the powerful either, although they may wrongly assume so.

There are some ways to address the deficit of democracy in international affairs. First, the discourse of diplomacy needs to be simplified. The grandiose and rambling vocabularies of prudence must be simplified, and if possible, rejected. When discussing globalisation, it might be easier to talk about the homogenisation of transnational cultures, the liberalisation of capital markets, the trend of labour, or whatever it is we mean by the word instead of one that is bandied about without clarity. Rather than talking about WMD, we should speak of nuclear, biological, or chemical weapons and their broadly diverse characteristics and capacities, instead of a term formulated to confuse and frighten. The UN Security Council should refer to “private meetings” in place of “informal consultations of Council members.” And its public discussions should indeed be general.