On August 5, 2019, Articles 370 and 35-A of the Indian Constitution that provide special status to the state of Jammu and Kashmir were abrogated. These actions made the state’s own Constitution, that protected the demographic character, inoperative.  This was done with mala-fide intentions, meticulous planning and nefarious designs.  On this date there was also the infusion of additional paramilitary and regular forces into the state, taking their number to one million.  All the Hurriyat leadership was incarcerated and even politicians like Farooq Abdullah and Mehbooba Mufti, who in the past were in cahoots with the Indian government, were arrested. Thousands of young men ranging from 15 to 35 years were picked from their homes and locked in different prisons of India. Most of them continue to languish there in sub-human conditions.  The goal was to create a fear-psychosis within the population, and to convey the message that any person showing semblance of resistance will be dealt with brute force.

Once the changes were firmly entrenched, the plan to undergo numerical alterations in the population of the region, was embarked upon. At present, the state is directly ruled by New Delhi through a handpicked Lieutenant Governor, who is responsible to execute the orders of the Home Ministry.  The ministry is headed by Amit Shah, a notorious politician whose criminal activities against Muslims in Gujrat riots of 2004, are well documented.

Those of us who have visited Kashmir prior to 2019, will notice observable differences in the situation of the region. The airports are crowded with Hindu fundamentalists, and you will be hard-pressed to find a local passenger or vendor catering to the needs of tourists. Similarly, you have Hindu settlers being housed in government-provided accommodations and these people are in line to receive the certificate of residency. The bureaucracy has been totally overhauled and all high-level positions in the civil secretariat and police force are occupied by Hindus brought from India. Recently, one highly respected Kashmiri American visited the valley and met the local people from different walks of life. The observations made on the basis of this visit are well corroborated by others who have been to the region. What has been noted is severe repression, undaunted efforts to change the demographic character of the region and forcing people to subjugation to the extent they shudder to even think of protesting against the grievous abuses inflicted on them. Brief description of the violations applied by the Indian government is as follows:

It is very disappointing for the people of Kashmir that these violations are continuing in an unabated manner and India appears succeeding in its evil design and the silence of the International community in this regard, is reprehensible.

Pakistan, notwithstanding the current political and economic quagmire, could play an important role in highlighting the crimes against humanity committed against Kashmiri people.

In this regard, it is important to note that national security of the country cannot be compromised due to the economic crisis.

I am pretty sure that both military and political leadership of Pakistan will not demur to protect the country against external invasion, in case it happens. We Kashmiris were always told that Kashmir is the jugular vein of Pakistan and the country is incomplete without its inclusion. That would make Kashmir an issue in the dimension of national security of Pakistan. The current stand of the country as regards to repression of Kashmiris do not authenticate these claims.

Although the previous government had taken a stand that talks with India cannot be re-started until the decisions of August 5, 2019 are reversed, at present there are strong voices emerging from Pakistan to establish business relations with India. Although the precarious food and economic situation of Pakistan is understandable, sacrifices made by Kashmiris should not be bartered for onions and tomatoes. This will be a colossal betrayal to Kashmiris and send the wrong message to the world. 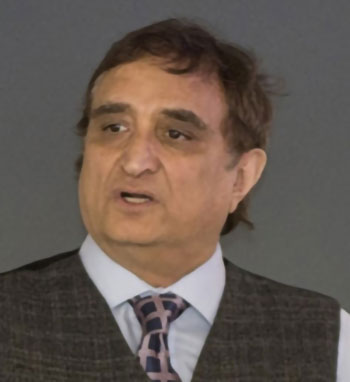