On September 5, 2022, a suicide bomber detonated himself near the entrance of Russian Embassy in Kabul, killing around 25 people, including two Russian nationals — an assistant secretary and a security guard. DAESH Khorasan (Afghanistan) claimed responsibility of the suicide bombing, saying that it was carried out by Waqas Al-Muhajir – apparently a non-Afghan militant. In its statement, DAESH clearly mentioned that the target was the Russian Embassy.

After their return to power, the Taliban launched a brutal crackdown against DAESH in a bid to crush the group. But so far, the rulers of Kabul have not been successful in achieving this desired goal.

Since the Taliban’s seizure of power, the DAESH claimed around 250 attacks in Afghanistan. Thirty-five of these have been high-profile and significant than the others. The main targets of ISIS in Afghanistan remain the Taliban commanders, the government officials and minorities, especially the Shi’ite Hazaras. However, the group also fired rockets against Uzbekistan and Tajikistan besides stepping up its activities in Pakistan too.

It was widely believed in Pakistan and Afghanistan that DAESH had been receiving active support from the Americans as well as Afghan intelligence during the previous regime. However, when the United States started negotiating with the Taliban, it shared some intelligence against DAESH and a secret counter terrorism cooperation was developed between the two former foes.

Perhaps at that time Washington was eager to please the Taliban to avoid attacks against withdrawing US-led NATO troops. It seemed that the United States had lost interest in Afghanistan and shifted its focus to the South-China Sea. After the Russian special operations started in Ukraine earlier this year, the US and its allies were forced to reshuffle their priorities. Instead of China, Russia became their major pressing problem.

The US and its allies are looking to open multiple fronts against Russia. The United States with the help of Türkiye has allegedly transported hundreds of DAESH fighters from Syria and Iraq to Ukraine. The Russian government has openly accused Washington of transporting DAESH fighters to Ukraine’s Donbas region. Money is pouring in for DAESH operations in Afghanistan from Syria and Iraq, too.

According to the UN reports, at least half a million dollars were sent by DAESH central command to its Khorasan chapter last year. The primary objective of DAESH is to upset the improved security situation in Afghanistan and create a conducive environment for the militant groups to operate from the Afghan soil.

It was evident since March 2022 that the United States is eager to come back to the region with its combat operations. It claimed a drone strike on July 31 in Kabul to target Ayman Al-Zawahiri, the leader of Al-Qaeda. Since then, the US drones are seen regularly hovering Afghan skies. The Afghan Defence Minister Mullah Yaqoob even accused Pakistan of providing airspace to the US drones.

According to local sources, a US drone carried out another strike in Kabul’s Dehmazang area during the night between September 2-3, 2022 in which two key Al-Qaeda leaders Abu Hassan and Hamza Al-Shahab along with four Taliban fighters were killed. However, the Taliban’s Ministry of Interior claimed that the explosions were because of two rockets fired on the buildings, and there was no new drone strike. But locals and independent analysts reject the Taliban claims. Interestingly, the reported US drone strike occurred barely 3.0 kilometers from the Russian Embassy and that too, just two days before the suicide attack on it.

It is also interesting that the Afghan Taliban’s tone towards the United States is now very mild. It seems that the Islamic militia is more keen to have good relations with Washington compared to the other key powers of the region.

The renewed US combat engagements in Afghanistan will have serious consequences for Russia, China and Pakistan. As Ukraine is being made another ‘Afghanistan’ for Russia, Afghanistan itself is being pushed to revive anti-Russia violent activities. DAESH in this regard may be used to destabilize Afghanistan, which will eventually create an environment where militant groups from Central Asian States can thrive.

The weakened Taliban would not be able to control their allied Central Asian militants. In the wake of mounting pressure from DAESH and NRF, the Taliban need support of these militants. There are growing concerns in Islamabad that defections in the Taliban ranks in the north are paving the way for a turmoil there, which is gradually spreading to the south and east too.

A prominent Hazara Taliban commander, Molvee Mahdi, had defected some months ago and started to fight against the ruling militia in Balkhab in Saraipul province.

In mid-August, the Taliban claimed that he was arrested and then killed near the Afghan-Iran border when he was trying to flee out of the country. Some sources claim that Iran handed him over to the Taliban, which shows that so far Tehran is in a cooperative mood with Kabul.  Some Uzbek Taliban commanders in Faryab and Jozjan and Tajik commanders in Takhar and Badakhshan are parting ways with the Pashtun-dominated Taliban government.

The rifts between the Kandhari group and the Haqqanis are also growing. The situation will consume a lot of resources and attention of the Taliban leadership to deal with the challenges emerging from inside. The DAESH, meanwhile, will keep flourishing. The forces who once again want to turn Afghanistan’s peace into violence are supporting ISIS in the region. Despite the Taliban’s consistent crackdown against DAESH, the group not only sustained the onslaught, but has spread its activities in almost the entire country which was not possible without active external support.

Sources in Islamabad claimed that despite India’s overtures towards the Taliban, the links of Indian intelligence with DAESH are still intact.

India, being the strategic ally of the United States, is eager to sabotage the Chinese Belt-and-Road Initiative (BRI), including CPEC. China and Russia remain the ultimate target of the new great game being unfolded from the Afghan soil.

From the Russian perspective, another Ukraine-like front is being opened to its South. As the Russian security forces are getting stretched due to protracted conflict in Ukraine, the objective is to create unrest in Central Asia and then in the name of counter-terrorism, the US and its allies may increase their footprints there to limit Moscow’s military influence in the region.

In May 2022, the head of Turkistan Islamic Party (TIP) Molvi Abdul Haq Turkistan was spotted in northern Afghanistan. He along with another TIP leader, Abdus Salam, were seen in a video released by the group on the eve of Eid-ul-Fitr. Previously, he was believed to have migrated to Syria where most of the Uighur militants are present these days.

The return of the top leadership of the Uighur militant group to Afghanistan is an indication that a new front against China is also being worked out. Although TIP (ETIM) is an ally of the Taliban and played a significant role in conquering northern parts of the country, the Afghan ruling militia had now reportedly relocated majority of its fighters from Badakhshan to eastern and central parts of Afghanistan last year.

The TIP was also asked to keep a low profile as the Taliban wants to have cordial relations with China and do not want to allow the Afghan soil to be used against it. Curbs on the TIP and other Uighur militants in Afghanistan are leading some defections in the group. Now the Chinese militants are also joining DAESH. The defections taking place in the north are gradually creating an environment, where such groups will have more impunity to operate.

ISKP’s propaganda channels in many languages such as Arabic, Pashtu, Persian, Urdu and Tajik is the highest number of channels by any regional branch of DAESH. The group is attracting more Jihadi fighters to its ranks. The internal rifts among the Taliban will further strengthen the group. A sizable number of fighters of the group belong to Uzbek and Tajik ethnicities. The group has shown its clear intent to spread its operations into Uzbekistan, and Tajikistan, while it has already stepped up its operations in Pakistan. The Taliban have failed to contain the group. So far DAESH has sustained the Taliban onslaught successfully and is now hitting back. With the money and men coming from Syria and Iraq and tacit support from the major anti-Russia and anti-China forces, the group is expected to enhance its influence and activities in the region. The group appears much more lethal than Al-Qaeda. However, its policy of banking upon the Salafi school of thought in the region is backfiring and that’s perhaps the sole reason that DAESH so far remains unable to attract fighters in large numbers. However, this policy can be changed any time due to pragmatic and practical reasons. If a Hanafi leader is appointed as head of DAESH in the region, that will be devastating for regional security as most of the militant groups operating in South Asia and Afghanistan belong to the Hanafi-Deobandi sect.

DAESH will step up attacks against the Taliban, and especially its top leaders in the coming months. It has clearly shown that the top leadership of the Taliban is its primary target in Afghanistan. The group is expected to further step up its activities in Pakistan too. There are indications that apart from KP, it is also focusing on the Balochistan province.

Regional cooperation is more important to deal with this growing threat. However, until and unless the vested interests of the great powers are not properly comprehended, any effective mechanism to eliminate the threat cannot be worked out.

A pertinent question remains that when will Shanghai Cooperation Organization (SCO) prove its worth to deal with the security threats to its member countries? The room left by the regional powers is supposed to be filled by the non-regional powers. 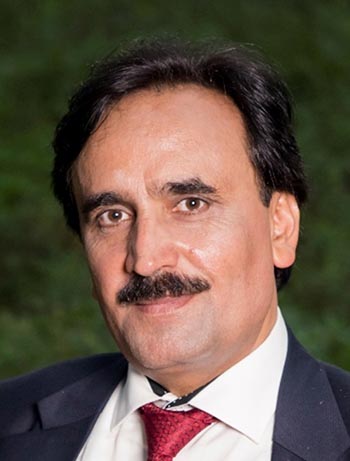 Another Year of Living Dangerously?