There are times in the history of nations when the golden rules of policies and strategies may become difficult to follow. Pakistan, unfortunately, seems to be passing through one such bad patch. Foreign policy gurus tell us that always maintain a balance while dealing with big powers. They tell us that don’t fall in the lap of one to the chagrin of the other and keep the options open as diplomacy is not a black and white affair or a zero sum game.

However, one threatening question — ‘you are with us or against us?’ — forces us to put aside what we learnt from Marganthau, Henry Kissinger and many other international relations professors, experts and practitioners.

Such is the time when the background knowledge of Political Science, International Relations, Art of Negotiations, Fundamentals of Strategy, How to Play Poker and Chess along with the robustness of heart and mind comes handy. This is also the time for introspection and realising the gaps in one person’s or few persons’ potentials, who ought to take momentous decisions under great constraints. In such times that the issue at hand must either immediately be handed over or discussed with the specialists of all the subjects mentioned above. Fortunately, our Foreign Office’s senior personnel are trained and groomed to make cogent recommendations under such testing times, which also demand a robust democratic environment, stable economy and mature institutionalised decision-making mechanism.

But what if before raising such difficult questions the Great Power ensures softening of the ground by propping up a dictator, tying down the economy with the shackles of FATF, the International Monetary Fund (IMF) and the World Bank, and engineering internal and external security threats? This leaves no option for us but to move in a direction, which is set by these world powers. This may be a conjecture or a fact, but enough indicators exist for the people to make up their minds. Now let’s revert to the main theme of the foreign policy choices available for our political leadership and other institutions.

No Escape from US & the West

Some analysts were duped into believing that the United States after exiting Afghanistan was no more interested in the region. This false belief was initially reinforced by some American pronouncements, but soon their continued interests in Afghanistan, Central Asia and Pakistan became obvious. So, ‘Uncle Sam’ is back in Pakistan with all its machinations. The two books ‘Deadly Embrace’ by Bruce Riedel and ‘No Exit from Pakistan’ by Daniel Markey, say it all.

And how could they leave Pakistan when they need to stem the Chinese economic and political strides in Central, West and South Asia. For this, the West is propping up India as a bulwark against China in the Region. Therefore, they don’t want Pakistan to continue to remain an irritant for India. Washington also has strong reservations about Pakistan’s role in forcing them to abandon its military campaign in Afghanistan. The United States would never allow the Taliban regime to continue strengthening its hold in Afghanistan peacefully.

Even if we are aware that the United States has always used and abandoned Pakistan at its sweet will, we can’t do a dime about it

Pakistan’s predicament is that nearly all our economic, political and social interests and ties are deeply embedded in the US, West Europe and Middle East. And these regions are so closely knit with each other that either we embrace them all or lose them collectively. We definitely cannot afford that. Our destination of exports and manpower, badly required remittances, education, understanding of languages etc. — are all indicative of the conclusion of the inevitability. Moreover, the influence of this bloc along with India can rub our nose through the FATF, the IMF, the World Bank, and the World Trade Organisation. The present precarious economic situation (that in my humble opinion has been fabricated through economic hit-men) makes our independent decision-making ability close to zero. So those who profess that for Pakistan there is no moving away from the Western Bloc are logically and factually correct.

Even if we are aware that the United States has always used and abandoned Pakistan at its sweet will, we can’t do a dime about it. The problem remained manageable as long as Washington kept allowing us or was unable to block us completely, to cultivate economic, military and political ties and interactions with China. Hats off to our Foreign Office that it kept a fine balance, and managed our interests very well. But going forward, it may be difficult if not impossible. Because presently all our core interests — the China-Pakistan Economic Corridor, relations with China, Russia, Afghanistan, Iran and the Central Asian Republics run counter to the American interests in the region.

We may be goaded to go soft on Kashmir and nurture good relations with India so as to remove any New Delhi’s distractions from their common enemy, China. Some undercurrents indicating inclination towards recognition of Israel can also be easily discerned, to ease up tensions in the Middle East. We may again be in a situation to answer that difficult question; “You are with us or against us?”

Prospects of moving towards the East?

At the global level, the competition (conflict) between the United States and its allies and China-Russia Group is on and gaining momentum. The United States has already engaged a reluctant Russia militarily in the Ukraine Conflict and intends bleeding it economically, politically and militarily, but the main brunt being faced by hapless Ukrainians.

The US efforts to precipitate a military engagement with China in the Indo-Pacific by raking up the Taiwan issue has temporarily failed. But they are not likely to relent and are expected to make more serious provocations in the near future, before China becomes militarily formidable. The Chinese are following their own timelines and would be contended to keep assisting Russia to keep the United States and the West engaged in Ukraine. While this military muscle flexing is still on, Russo-Chinese Grouping is trying hard to make a dent in the World Economic Order in a way that they may escape the hegemony of Petro-Dollars and unilateral sanctions.

This effort to modify the regime of dollars and at least partially replace it by other means augers well with most of the debt-ridden and sanctioned poor and developing countries. But it is going to take time. And as this politico-economic conflict rages without any final outcome, this interim period has put many nations across the globe in an economic turmoil with far reaching political ramifications. Pakistan is clearly one of the leading victims of this environment. And our choices of tilting towards the East have to be seen in this context. Big Powers are expanding their political and economic influences by various policies and strategies. Belligerent America and Revisionist China have made our choices limited and difficult. In an endeavour to avoid a direct clash with the United States, China is not in a mood to salvage its allies and partners (except maybe Russia) from the debilitating impact of the impending economic and political turmoil. The cases of Sri Lanka and Pakistan says it all — especially when the inept leadership of such countries (like our own) could not foresee what was happening to them economically and psychologically through employment of economic hit-men and the perception management techniques, ensuring a near meltdown situation. This leaves apparently no option for Pakistan but to look towards the United States.

Geography and history must never be forgotten while employing geopolitics. China, India, Iran, Afghanistan, the Central Asian Republics, Russia and the Middle East — all are within our geographical vicinity. This is a huge region with nearly half the world’s population and about a third of the global wealth, if not more. Nurturing good relations with all of them can open wide economic and political vistas and it is not difficult at all except probably for the intransigence of India. China, the emerging new super power, has had an excellent history of relations with Pakistan. And now as they are expanding their economic influence, this remains the best time to stick around with them. Antagonising China to appease Washington would be a monumental blunder under the changing global environment. The US-Pakistan history of relations has been chequered and with high and low spikes. In other words, it is highly unreliable to put it bluntly. Though for super powers geography may be less relevant, the distance of the American mainland should be a factor for us to consider during comparative studies. 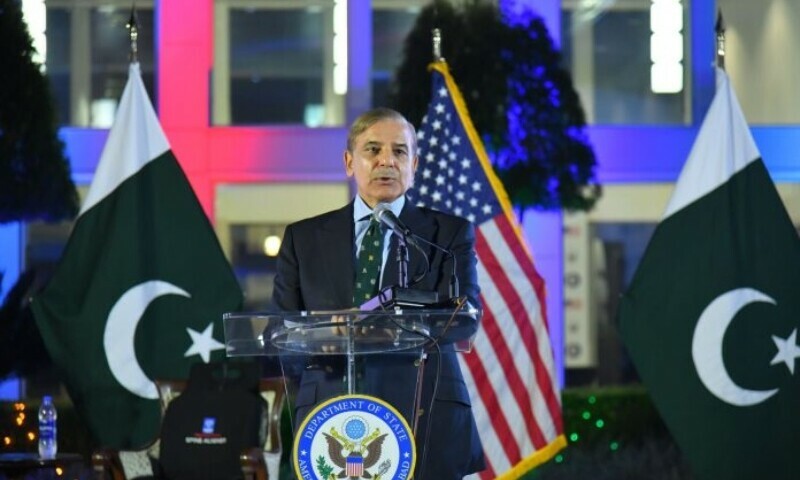 For decision-makers, there are some glowing pointers to guide them through these tumultuous times. Within the Western Europe, Germany and to an extent France are not happy with the American hubristic behaviour. Turkey has shown its resistance to certain US dictates. Their leadership and public is openly exhibiting their abhorrence of Uncle Sam’s Global hegemonic policies. Saudi Arabia, the leader of the Middle East Muslims, has shown annoyance more than once on certain American remarks. They are cultivating economic relations with Russia and China. Qatar is already showing positive overtures towards Iran and Afghanistan. Even India has defied few expectations of their new strategic ally, the United States, openly professing and pursuing their own national interests.

All this means that we have a good chance of escaping the gravity of magical trance so aptly woven around us by the United States, mainly by pushing us (our own inabilities made it happen) in the present vortex of economic meltdown. We may have to face a big socio economic shock while changing our own orientation towards the East without breaking away from the Middle East and some parts of Europe. However, it will enable us in the long run to ultimately sail into less choppy waters by embracing Iran, Afghanistan, the Central Asian states, China, Russia, and Turkey. India will remain a wild card that may also mellow down if we successfully build our dream around CPEC and BRI countries. Non-antagonist behaviour towards the United States is being suggested, as we can ill afford any such overt gesture. However, our efforts of shifting the foreign policy orientation will not be taken kindly. That we will have to bear as a tyranny of the times we are passing through. What has been painted and suggested is just a raw and dotted outline of prevailing scenarios and opportunities. This definitely needs to be refined in debates in more aware circles of academics of international relations, practitioners of Foreign Policy and strategists. Only a humble contribution as a teaser idea has been floated. 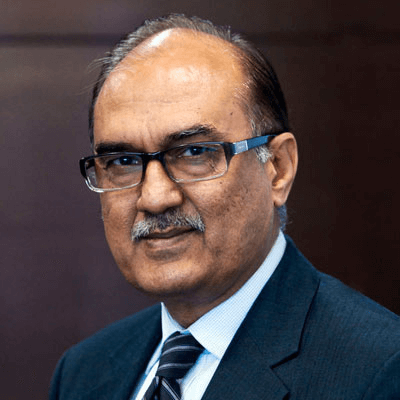 Can The Situation Be Salvaged?