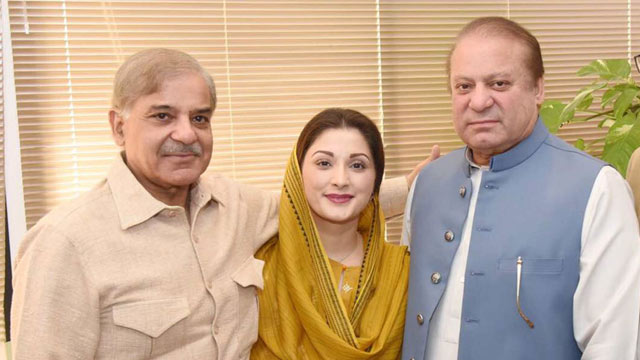 Courts of London and ‘Sharifs’

Suddenly in the last few weeks, the courts in London have gained prominence in the country’s chequered political life — firstly, the adjudication process in the Broadsheet case leading to the payment of over US$28 million by the government. And then, the initial hearing of the Daily Mail vs. Shehbaz Sharif.

When journalist Irfan Hashmi in his Vlogs from London, broke the story on the Broadsheet saga with his interview of Kaveh Muassavi, our national appetite for scandals and controversies was sufficiently satiated. However, as details started filtering in, we moved from curiosity to a state of utter shock and disgust as to how all pillars of state and institutions, in connivance of the greedy and corrupt politicians, have pillaged our country for their political and material gains.

Starting off with the dubious and shabby manner with which the contract was given to Broadsheet in the early years of the Musharraf regime and then paying off the settlement money out of the national coffers — the whole affair smacks of incompetence of the highest order, to put it mildly.

When General (Retd.) Pervez Musharraf wanted to perpetuate his years in power, he provided the country’s corrupt duo — Nawaz and Shehbaz — a way out. Musharraf further terminated the contract with Broadsheet in such haste that no consideration was given to the extent that country’s reputation could be tarnished with this decision, eventually causing financial damages as well.

Maybe, these considerations were of no importance at that time as allowing the corrupt to go scot-free was decided under an arrangement of the foreign powers, which greatly matter in our polity.

It is Sharif’s family practice over the years to distribute Ras Gullas (sweets) without waiting for the dust to settle. In simple words, they start cheering their triumph before comprehending or giving a sober read to the court’s verdict.

Musharraf, at the peak of his rule, was not able to envision the colossal damage this deal would cause, as his primary interest back then was only concerned with prolonging his regime.

At the other end, when many years had gone by, a court in London came out with its judgment of arbitration against Pakistan. After which, the Sharifs jumped on it to celebrate it as a vindication of their claims about purchasing the Avenfield residence with legal money.

It is Sharif’s family practice over the years to distribute Ras Gullas (sweets) without waiting for the dust to settle. In simple words, they start cheering their triumph before comprehending or giving a sober read to the court’s verdict.

As expected, the verdict didn’t mention anything that the Sharifs could celebrate.

Thus, the government of Pakistan constituted a commission that will investigate and point out the flaws and hold the perpetrators of this saga accountable. The commission will unearth all facts as to how these properties and wealth were accumulated by corrupt means.

However, as soon as the government appointed a retired Supreme Court judge, Justice (retd) Azmat Saeed, to head the commission, his personal character was put into question by the opposition, led by the Sharifs.

As a matter of fact, the Sharif brigade has always handpicked people to probe their misdeeds. And fortunately, this practice is no longer possible for them, thus all hue and cry.

While the nation was absorbing the Broadsheet scandal’s fallout, another court in London came out with its first ‘meaning hearing’ to adjudicate and find the meaning of the defamation prompted by an article in the Daily Mail on Shehbaz Sharif.

Once again, the Sharifs shot themselves in the foot as Maryam Nawaz tweeted that the court in London had given a verdict in favour of her uncle, Shehbaz Sharif. In reality, the court had just set the scene for both parties to provide evidence in future hearings.

What a lack of political maturity! Maryam is always ready to shoot from the hip as soon as she sniffs anything.

Just when we were all trying to understand the courts’ proceedings in London, our lawyers in Islamabad decided to go on a rampage at the Islamabad High Court to the extent that they held the honourable Chief Justice hostage. And when the Chief Justice of Pakistan (CJP) asked them to come to his chamber to discuss their grievances, they retorted by asserting that the CJP should come to see them instead. What shameful arrogance!

Regrettably, our country is descending into the darkest pit. We are standing on a brink where all the corrupt are claiming to be ideological and pro-democracy politicians, and terrorists are claiming to be bearers of law and order. It is high time to bring them all to book. They must face the punishment they deserve for the loot and plunder, along with the open terrorism that demeans our country.

4 thoughts on “Courts of London and ‘Sharifs’”