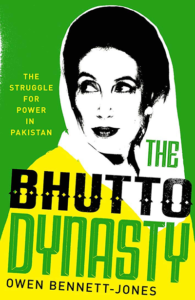 The Bhutto Dynasty is one of those rare books which is akin to a chocolate lava cake whose every bite makes one pause to savour the burst of chocolate on the tongue. This book demands one’s undivided attention as it unveils itself, page after riveting page. Every chapter is a story in itself. This is not to say that the words do not flow or that there is a chasm between the chapters. The story of the Bhutto dynasty ebbs and flows and one is carried along with the tide.

In many ways, the story of the Bhutto family is the story of Pakistan: it is Shakespeareanesque with its soaring highs and crushing lows; heroes and villains; successes and failures; triumphs and tragedies; murders and assassinations; feuds and alliances; arrogance and insecurities.

The degree of polarisation that bedevils Pakistan today was brought home to me when I wrote my book, The Mercurial Mr Bhutto and Other Stories, that featured a story on Zulfikar Ali Bhutto. I was told off by an irate woman, “why did you write on Bhutto? He ruined our country!” while another smilingly said that she had preserved all of Bhutto’s speeches and was his biggest fan.

This inability to see our leaders in shades of grey, instead painting them starkly as either black or white, could be the reason why Pakistani writers generally refrain from writing incisive biographies on statesmen. It is left to the foreign lens to scour our political leaders and provide the definitive portrait. Cases in point are Stanley Wolpert’s Jinnah of Pakistan, Zulfi Bhutto of Pakistan and Sheila Reddy’s Mr and Mrs Jinnah: The Marriage that Shook India. To this list, comes the valuable addition The Bhutto Dynasty by Owen Bennet Jones, which is a searing look at this famous family, warts et al.

Owen Bennet Jones has reported for the BBC from over 60 countries. He is the author of Pakistan: Eye of the Storm, and his podcast on the murder of Benazir Bhutto, The Assassination, won gold at the British Podcast Awards in 2018. Now Jones trains his skilled investigative eye on the Bhuttos, from the colonial era to the present. Based on his painstaking research and decades-old documents, he traces the family’s origins to Hindu Rajputs.

Jones lays bare the contradictions inherent in the Bhuttos. He mentions how Zulfikar Ali Bhutto (ZAB) and his daughter, Benazir, publicly clashed with the military; however, when it suited them, they closed ranks. Coupled with his research are his nuanced observations: “Zulfikar’s espousal of Islamic socialism and land reform, his disdain for obscurantist clerics and his moments of anti-Americanism have led many to view him as leftist and a liberal. His reading habits suggested something else. His fascination with Napoleon is well known. But, as Oriana Fallaci pointed out after she saw his library in 70 Clifton, there were also volumes on Mussolini and Hitler, which were not only in pride of place but also sumptuously bound in silver. Their provenance is unknown, but even if they were gifts rather than purchases, Zulfikar felt no embarrassment in displaying them prominently.’’

Jones reveals exactly what led to Bhutto’s infamous fiery speech at the United Nations when he tore up the Polish resolution, thus sealing the fate of East Pakistan. Seeing an opportunity to swing public opinion and cast himself in the role of saviour, Bhutto rehearsed the speech in advance but was nearly given away by Benazir, who was visiting him. While chatting to a friend, Benazir started talking about the drama about to unfold the next day at the UN but before she could reveal her father’s machinations, the phone was snatched from her hand by a horrified Bhutto official.

Jones points out how Bhutto once he became Prime Minister, played a dynamic role on the world stage. His recognition of Bangladesh was a master stroke encased within the hype of the Islamic Summit in Lahore in 1974. He developed an alliance with China, a friendship that has benefited both countries, and forged ahead with the nuclear bomb. On the one hand, as Jones says, ZAB gave Pakistan the 1973 constitution, but on the other hand, he was unable to capitalise on the exposed frailties within the army in the wake of the 1971 war and lost a golden opportunity to strengthen civilian institutions.

Bhutto’s brilliance was undisputed but his insecurities led him to trust the obsequious flatterers that he cultivated. Anyone speaking truth to power soon fell out of favour. He handpicked General Zia-ul-Haq (or as Jones puts it, Charles Dickens’ Uriah Heep) as army chief, despite the seniority of other generals.

ZAB was a great orator; none of his family members have been able to match the way he fired up the emotions of the crowd or toyed with them. “To take just one example of how he handled himself at this time, when asked how he, a major landowner, could promise land reform if he was not prepared to give up his own land straight away, he took off his jacket and threw it to the crowd. As people fought to grab it, the jacket was torn to shreds. Then Bhutto spoke: if he gave away his land straight away, that is what would happen and no one would get any. But when there were laws and systems in place, he would happily divide up his land for redistribution.”

Jones is careful to maintain a balance when dissecting the enigmatic Bhuttos. He admits that Benazir inherited her father’s arrogance and his vindictive nature, but he also says that there is no doubt that she was incredibly brave. She was the only Pakistani leader to take on the Taliban and did not tone down her statements even when she appeared to be in clear and present danger. Jones also mentions the unsubstantiated report that Benazir was thought to have smuggled nuclear secrets in an overcoat pocket when travelling to North Korea.

In the author’s final analysis, though Benazir Bhutto inspired people with great hope, her failure lay in the fact that when in power she was unable to get her agenda pushed through. In that respect, Asif Ali Zardari was cannier, having perfected the art of making deals largely by agreeing to everything anyone wanted. Hence, he was able to complete his term.

Jones busts the popular myth that Zardari was behind Benazir’s assassination in December 2007. The Pakistani Taliban killed her, but Jones says that it is clear that there was a cover-up by the establishment.

He mentions that although Benazir was aware of her husband’s failings, she could never say no to him. He quotes her as having told Hillary Clinton, in the context of the Monica Lewinsky affair, that “we both know from our own lives that men can behave like alley cats.”

The feuding Murtaza, the partisan Nusrat, the flamboyant Shahnawaz, and the outspoken Fatima Bhutto have also been put under the microscope. The book is packed with interesting anecdotes like the time when, at a party in the United Kingdom, Benazir signed her name with the title, “Prime Minister of Pakistan,” while Zardari wrote his name alongside hers as “A Nobody.”

How the tables have turned!

The book does not dwell on Bilawal Bhutto Zardari and there is a strong sense of him having a long way to go before he can aspire to walk in the footsteps of his grandfather and mother. As Bennet Jones said in a conversation with Shuja Nawaz, “Bilawal could succeed in his ambitions but whether he will have quite the charisma of his mother, I don’t know.” 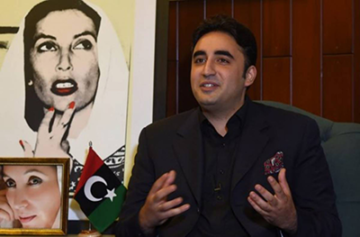 Owen Bennet Jones points out that the Bhutto name is the source of power of the party, and their reliance on the cult of martyrdom to gain votes is also a carefully calibrated strategy.The Bhutto Dynasty is an unvarnished look at a family which has held the reins of power for many years now and the institutions it has had to jostle for space. Insightful and nuanced, Owen Bennet Jones has come up with a fast-paced book that reads like a thriller, peppered with facts.