Ameena Saiyid is not one for resting on her laurels. After a pioneering and successful 30 year stint at Oxford University Press, she has ventured again into the business she knows like the back of her hand, but on her own terms.

Her primary motivation for setting up Lightstone Publishers was that at OUP she was working within a framework. “That frustrated me a little bit and I really struggled. I would request and make proposals to allow me to publish fiction because Pakistani fiction writers are doing so well.”

The second motivation to set up her own firm was her inability to sit still and enjoy retirement. “I wasn’t ready to retire! I wanted to do something in my field.”

Ameena considers herself fortunate because some experienced people joined her team at Lighthouse Publishers, including senior editors Sadia Mirza, Nadia Ghani and Batool Ali, so “it was a perfect arrangement.”

Now that Ameena has editorial control, it begs the question: what kind of books is she publishing?

She is candid in her assessment. “In order to survive we have to publish school textbooks because that is where our bread and butter comes from. LP is publishing in the core subjects of English language and reading, Urdu language and reading, Social Studies, Maths, Science, Grammar, and Information Technology. Since Singapore is recognised as the world leader in Maths and Science, LP has partnered with leading Singaporean publishers to adapt and publish the courses in these subjects. We have already published about 70 school text books, the grades are pre-school to Grade 8, ages 3 to 14.”

But what troubles her is her inability to publish for government schools as well.

“Unfortunately we are only publishing for private schools. I would love to publish for government schools, something I’ve wanted to do ever since Mr M.M Usmani was Federal Secretary, Ministry of Education. I think if he had not retired and had remained Secretary Education, I would have succeeded.”

But she is not a quitter even though “They are not opening the market for us. I’m still at it!”

Why are there so many obstacles to publishing school textbooks for government schools when there would be so many benefits accruing from it?

How helpful has the current government been on this issue?

“I find that with the new government I’m getting a response. Minister for Education, Sindh, Saeed Ghani has been extremely helpful. Not that I’ve made a breakthrough, but the conversation is going on.

“I’m also hopeful because the new Administrator of Karachi, Mr Iftikhar Shallwani, has been responsive. He has always been interested in books and libraries but now, as the Administrator, I believe over a thousand schools in Karachi come under him. I asked him to let me publish books for those local government schools.

He asked me to send him a proposal on what I can do. I’ve sent it to him and am waiting to hear back from him. What encourages me is that when I send him a message, he replies. When I call him, he doesn’t answer but he calls back.”

What has been your experience in publishing for private schools?

Her face lights up. “Oh, It’s been wonderful! Although we lost this year because of Covid, so it’s only now that the schools have begun to reopen. We are getting a brilliant response, but it is next year that will be the real crux.”

“We wanted to launch it in March-April, but couldn’t because of the Pandemic. I did toy with the idea of having an online launch, but then decided to wait it out. We had a small launch and it was focused on an audience of people from schools. I was overwhelmed at the response. There was the head of a private school who came from Mirpurkhas!

Over a hundred heads of private schools attended the launch which is remarkable during the COVID-19 era. How did she manage such an amazing response from the private schools?

“We were told by the hotel not to bring more than 60 so I requested them to allow more so they said they would extend the room but 80 would be the limit. Normally you have to invite double the people, because half the people do not turn up so we did that and this time over a hundred came!

A lot of schools are very excited, they want options and they are asking for Pakistani publishers. A school principal wrote to me, saying that in our books we want the children to be Pakistani, we don’t want foreign children in our textbooks. Normally people read the Peter and Jane series, the Lady Bird series. I learned reading from Radiant Way and it’s still being used.”

LP has commissioned authors like Shahbano Bilgrami to write a series of English readers from pre-primary to Grade 8.

“The setting is that of a middle class progressive Pakistani family with Pakistani characters and pets in which the mother is seen as working on a computer or reading a newspaper. It’s about the children and their pranks and activities. There is no message or moral in the stories.”

And the response has been phenomenal. “Schools have been asking us when are these readers coming?”

What is the difference in the mode of education between the time you were in school and now?

“Now the focus is on the enquiry method, children have to be asked questions. It’s also project based. We don’t teach one child separately, we teach them to communicate and collaborate, so they are given projects they can work on together.”

Urdu is also on the publishing agenda with a complete Urdu reading programme by Yasmeen Mohtasin and Amna Azfar from pre-school right up to 14 year old students.

LP is not neglecting the fiction and nonfiction genre either, much to the relief of Pakistani writers who have been hit by the ban on importing books from India. In the pipeline is the candid memoir of the former Pakistan High Commissioner to India, Abdul Basit, titled ‘Hostility’ which will go into detail about Pakistan’s relations with India and Ambassador Basit’s stay in India and Germany.

Ameena states that her aim is to publish 10 books a year. What distinguishes Lightstone Publishers’ mode of operation from others in the domestic market is the very quick turnaround time of 3 to 6 months. “Since we are so small, we make quick decisions but we are very careful about not accepting too much work because we don’t want to be overloaded. The moment you are overloaded, then projects get delayed. We don’t have a big bureaucracy. If we count the chowkidar, there are 12 people including the Lahore office,” she laughs.

LP is filling a huge vacuum for private schools, but it is high time that government schools become able to avail of the services of Ameena Saiyid and her dedicated team. One thing is for sure: with her at the helm, it will be a smooth sail for Lightstone Publishers. 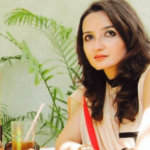 The writer is a senior journalist and the author of The Mercurial Mr Bhutto & Other Stories.
View Posts
BookStore