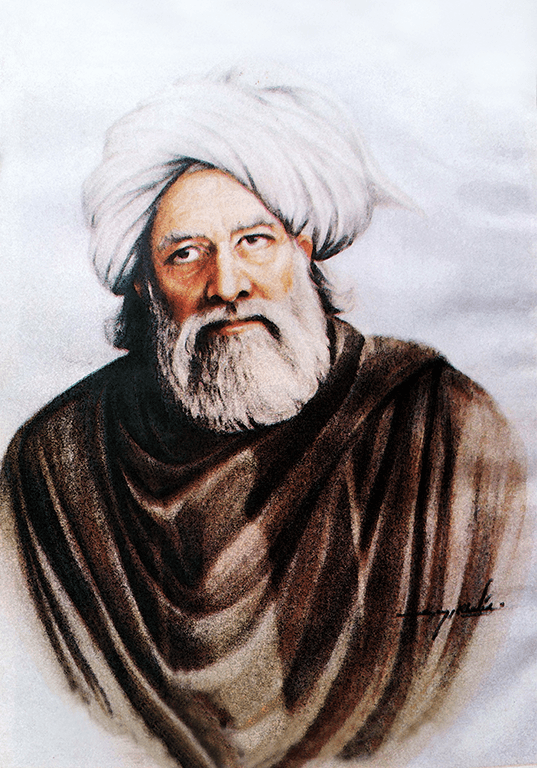 In Quest of Truth

Confronted with unprecedented challenges, humanity is in need of Bulleh Shah’s philosophy more than ever before. It is a defining moment of human history as we are faced with an inexorable choice — a choice that will determine our future for good or for bad. Either we choose to descend into voracity, chaos, and conflict or choose to live in harmony and peace to cherish diversity. Wars have left us spiritually incapacitated and bleeding across the world. The Earth is coloured with the crimes of genocide and moral treason. People are left to either grope in the dark or yield to the tyranny of the chosen ones.

Sufism, a spiritual manifestation of Islam, represents a current that intersects with the canons and fundamentals embraced by all religions and mystic orders. Certainly, it is a practice that has imprinted itself upon the folds of human experience over a period of centuries. Bulleh Shah, the poetic genius of the Punjab, left one of the deepest and most lasting of all imprints among the Sufis of South Asia. Being the Sufi that he was, he taught humanity to fall in love — in love with the innermost calling of our souls, rising above all differences and mundane man-made truths and make-believe. He neither preached the Gnostic vision of the world as a place of irresistible evil nor did he believe in the inherent evilness of man.

With his quintessential Punjabi poetry deeply drenched in spirituality, he exposed the radical and structured corruption of the society of his time. His poetry addressed the historical and individual existence of mankind, inflicted with horror and suffering. Suffering at the hands of those who denied man the life-giving force of religion and projected its death-bearing range. His poetry empowered humanity to view religion not as a tangle of domineering, indifferent forces but as a guiding light for a journey that is inward — a journey that leads you to do good and experience gratitude for Allah. From human depravity to human greatness, an empathetic soul remains the binding factor throughout the poetic discourse of Bulleh Shah.

As Bulleh Shah often highlights in his verse, it is the intellectual corruption of man that creates divisions within humanity. In the name of racism, caste, religious supremacy and economic class differences, people are led into the Dantesque jungle of pathologies. And we stray so deep into this forest that we learn to accept it as our fate written in the heavens, which it is not. Let us be privy to who Bulleh Shah was before diving into his poetic precepts. It is important for us to know what ignited the fire in Bulleh Shah. How did a young boy born Abdullah Shah end up being called Bulleh Shah? It was no easy journey. It was the spiritual undertaking of a man who defied every socio-religious norm of his time, instituted, and deeply ingrained, to suppress human freedom and spiritual equality of the common man.

The exact year of his birth is debatable, but according to most researchers, he lived somewhere between 1680-1757-58. He received his early education in Kasur from the top-notch teachers of his times: Ghulam Murtaza and Mohyuddin, and also from his father Shah Muhammad Darwaish, a religious scholar well versed in Arabic, Persian, and the Punjabi language. According to many historians, Bulleh Shah was considered a scholar par excellence of Arabic and Persian and, according to a few, he was not. But it is evident from his poetry that he was deeply impacted by Persian and Arabic literature. Bulleh Shah’s time overlaps with many mystics who wrote in Punjabi: Sultan Bahu (1629-1691), Shah Sharaf (1640-1724), Ali Hyder (1690-1785), and Hashim Shah (1735-1843), to name a few. A sustained pedagogical journey in spirituality led him onto the path of piety and celibacy. Like his sister, he never married and dedicated his entire life to serve and learn from his spiritual Murshid, Shah Inayat of the Qadri order. Shah Inayat was not a Sayyid like Bulleh Shah. And this caste difference made Bulleh Shah an outcast among his Sayyid social circle and family.

Nonetheless, this only ignited the fire further in his heart for Shah Inayat. And the journey from Abdullah to Bulleh Shah came full circle in the following verses:

Pray for Abdullah who has returned to his Creator,

To whom he belonged.

Now, only the beloved resides in his remains!

However, despite the stigma he endured from those who believed in the caste system, he was widely loved, sung, and appreciated by all those who were oppressed, less loved and little heard.

Long before Bulleh Shah’s poetry was documented by scholars, it was sung by the Qawwals of Punjab in every religious ceremony. The religious scholars and dervaish of his time remembered him by many names such as Sheikh of Both Universes, Sheikh-e-Hurdoalam, Man of Truth, Mard-e-Haqqani, and the Mystic Guardian of the Hidden Truths, Razon ka Mahram.

Louis Untermeyer, a 19th century critic and poet, once said “Poetry is the power of defining the indefinable in terms of the unforgettable.” And, Bulleh Shah defined the indefinable: divine love and a journey from physical to the metaphysical, in his poetry that rightly continues to be unforgettable beyond his grave. A grave was denied to him as a final resting place in his family graveyard of Sayyids, for the very fact that his entire life was nothing but a sheer act of rebellion against religious hierarchy and socially structured oppression.

That was Bulleh Shah who crafted language to undo oppression, systematic and structured as part of a social discourse. He, with his spiritual poetry, guided those who were lost in the long stretches of loneliness and segregation onto their path of communion with the Higher Being. In search of love and compassion, we often fall into dark spots — spots only the light of God can rescue us from, and this makes the Sufi poetry of Bulleh Shah particularly relevant. If we could sum up his poetry and life in a few words, that would be love, compassion, and freedom.

Germane to Bulleh Shah’s unique concept of love is the notion of freedom — freedom from social and ethical pathologies of man, which bring him to a spiritual and emotional halt. Truth that is deeply connected with love can only be appreciated with compassion. But, as rational human beings, we try to forge a connection between reason and the mundane truths of the world. And this is exactly the point at which we are lost. Truth, which Bulleh Shah sought and discovered, can never be unearthed by only a rational mind and heart devoid of lenity. Tyranny, as part of social discourse, is always full of fear and buttressed by guards. Bulleh Shah lets go of these guards and liberates the heart with his words. He teaches us to rise above shallow differences and to embrace equanimity in human affairs with grace.

Destroy the temple, demolish the mosque

Raze everything to the ground, in your power, in your grasp

But don’t ravage the heart of a man

For it is Rab who is nested in there

To reclaim our humanity, we need to let go of our ego. To be one with the One, we need to dance to the tune of selflessness in absolute humility. Bulleh Shah, in love of his Murshid, danced and sang in an attempt to let go of that image which a man wakes up to every morning. Bulleh Shah, in love of the Divine, interceded with the usual and the normal, and rose above gender differences too. In short, you have to let go of your identity in search of truth, in search of love.

I am the alpha, the omega, not in the know of the other.

Perceptive of all, but Bulleh Shah, whom do you behold and discover?

Bulleh Shah, how do I know whom am I!

Be it Bulleh Shah, Rumi, Shah Hussain, or Shah Latif of Bhit, all refused to entertain the limited definition of truth, particularly when a community claimed the monopoly of the truth while ostracising those who did not belong to their class. Bulleh Shah rebelled against bigoted and condescending intolerance, and paved the way for enlightenment of a common man with his poetry, as well as prompting a spiritual and intellectual evolution. With his Sufi renditions, he has been healing wounded humanity for centuries. 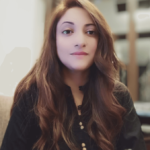 The writer is an independent scholar. She is associated with the School of Oriental and African Studies, University of London.
View Posts
BookStore