The federal budget for fiscal year 2023 to be presented on June 10, 2023, by the Federal Finance Minister Miftah Ismail after inconclusive negotiations with the International Monetary Fund (IMF) in Doha, Qatar, from May 18-25, 2020, will be the toughest in the history of Pakistan. The coalition government, led by Prime Minister Shehbaz Sharif, for revival of IMF programme has reportedly agreed to restrict the fiscal deficit to Rs3.77 trillion for fiscal year 2022-23 (in the current fiscal year, Pakistan is expecting a historic high fiscal deficit of over Rs5,000 billion). In these circumstances, we need to drastically cut wasteful expenses [Tax reforms: Agenda for Self-Sustainability, Management Accountant, Volume 31.2 [pp 36-38] March-April 2022] and harness the real tax potential, which at the level of Federal Board of Revenue (FBR) alone, is Rs12.4 trillion, if not more—the working below confirms this statement as well as the study, Towards Flat, Low-rate, Broad and Predictable Taxes [PRIME Institute, Islamabad, December 2020].

Total population of Pakistan as per last census of 2017 was 220 million. The current population, according to reliable estimates, is around 229 million (according to Worldmeter, as of 1 June 2022, our population was 229,078,341, as per elaboration of the latest United Nations data).

Based on 2017 census, population between 15-64-year age group is 59 per cent [129.8 million]. The employment rate, according to official sources, is 47.9%. Thus, the total employed population is around 62 million (a very conservative estimate). However, the existing individual income tax return filers as per Active Taxpayers List (ATL) of FBR as on June 2, 2020, was 3,120,169. Among these ‘filers’, over 50 per cent have showed below taxable income or losses. Let us work taxable base of income tax (individuals) out of total employed population based on official figures (though we are on a lower side). Assume six per cent [3.5 million] have monthly income exceeding Rs500,000 and 30 per cent [17.6 million] Rs200,000 and rest 64 per cent below taxable limit (Rs600,000). Applying existing rates of salary (for ease) to 21.1 million potential taxpayers, the figure comes to Rs6.4 trillion. 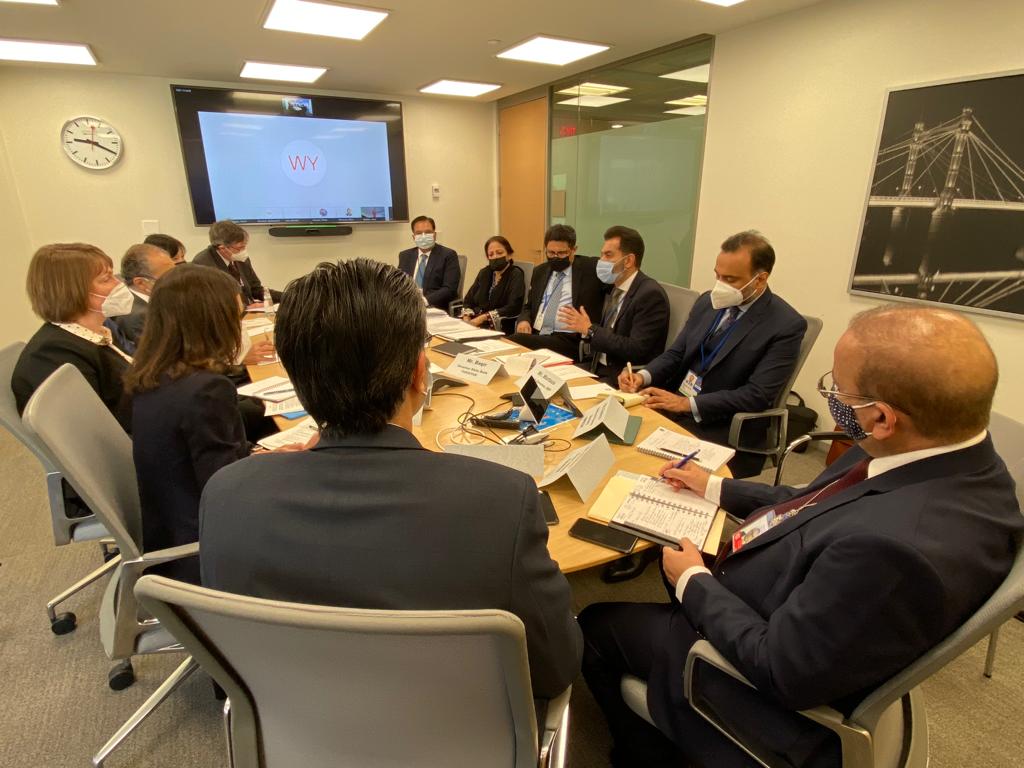 Assuming average tax of Rs5 million per company, tax potential comes to Rs269.5 billion. Collection of income tax by FBR in fiscal year 2020-21 was Rs1.726 trillion (companies, individuals, firms and association of persons) making total income tax potential alone not less than Rs8.4 trillion. Sales tax collection by FBR in the current fiscal year will be around Rs2.5 trillion, whereas the actual potential is not less than Rs3.5 trillion, as per own admission of FBR. Similarly, the potential of Customs Duty (using three per cent rate on $60 billion base could fetch Rs360 billion). Federal Excise Duty (FED) even if kept at current position can fetch Rs275 billion.

According to a press report during Doha parleys, there was “disagreement on the next year’s revenue collection target. The IMF demanded to fix it at Rs7.25 trillion while FBR showed different scenarios ranging from Rs6.8 trillion to Rs7 trillion”. It is strange that neither IMF nor FBR has bothered to determine the real tax potential.

As established above and in Towards Flat, Low-rate, Broad and Predictable Taxes [PRIME Institute, Islamabad, December 2020], there is a huge tax gap in Pakistan that is attributable to bad tax policy. According to Pakistan Telecommunication Authority (PTA), the total number of cellular subscribers as on April 30, 2022 was 193 million (87.74 per cent teledensity), out of these, 113 million were 3G/4G subscribers (51.24 per cent penetration), 2 million basic telephony users (1.14 teledensity) and 116 million broadband subscribers (52.60 per cent penetration). Not less than 100 million unique mobile users (many have more than one SIMs) are paying advance/adjustable income tax of 15 per cent with effect from January 15, 2022, imposed through Finance (Supplementary) Act, 2022. Earlier the words “10 per cent for tax year 2022 and eight per cent onwards” for tax year 2023 were substituted for 12.5 per cemt by Finance Act, 2021 with effect from July 1, 2021. Out of around 100 million unique mobile users, 21 million, having taxable income as per above analysis, should have been filing income tax returns. However, the existing gap is of 19 million individuals.

Tax policy reforms undertaken to date, have mainly been patchwork, and proven to be futile exercises. Tax reform commissions and consultative committees, constituted for reforming the system, have remained unsuccessful as they have been suggesting remedies for curing the incurable or otherwise curing symptoms rather than addressing the causes

FBR must collect taxes where due and not in advance or from those not chargeable to tax. Sadly 75 paisas (one Pak rupee contains 100 paisas) FED on cell call exceeding 5-minutes was levied in the Finance Act 2021 in utter apathy towards the poor. It was also in violation of the Constitution of Pakistan as held by Sindh High Court in its judgement in the case of certain telecoms [reported as (2023) 125 Tax 401 ((H.C. Kar)] endorsing Pakistan International Freight Forwarding Association v Province of Sindh &amp; Another [(2016) 114 TAX 413 (H.C. Kar.). FBR has decided to challenge it in the Supreme Court. Apart from the issue of constitutionality, it is a bad tax policy measure—impractical to implement for operators, anti-poor, and inconsequential to efforts of FBR to raise the desired revenue through already oppressive indict taxes. FBR has never bothered to determine fair and equitable income tax base from the data of about 100 million unique mobile subscribers using details of their calling patterns, bills, handset ownership status, assets, travel abroad, payment of utility bills, fees for children etc. All of them have been paying advance adjustable income tax. Those not chargeable to income tax under the law, cannot be subjected to advance tax as held by Lahore High Court in Union Bank Ltd. v Federation of Pakistan (1998) 77 TAX 125 (H.C. Lah.) and Lone Cold Storage, Lahore v Revenue officers, Lahore Electric Power Co., and others (2011) 103 TAX 5 (H.C. Lah.).

The successive governments have been taxing the less-privileged and downtrodden. Why are the poor subjected to oppressive taxes like 75 paisa for cell call exceeding 5-minutes and 15 per cent advance income on mobile and/or internet use from July 15, 2022 (earlier the rate was 10 per cent and promised to be reduced to 8 per cent with effect from July 1, 2022 through Finance Act, 2012)? 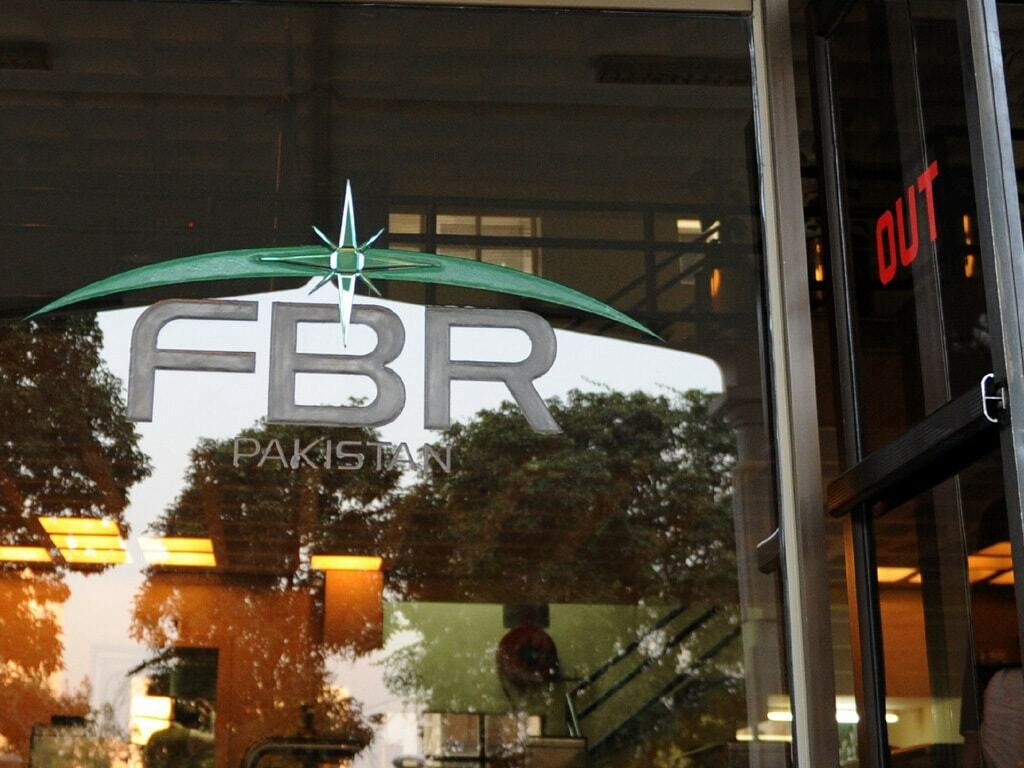 The rich and mighty are still enjoying free perks and benefits. Heavy taxation on electricity bills and a number of food items and articles of daily use by the citizens is highly unjustified when tax expenditure was above Rs1.5 billion in financial year 2020-21. Tax credits for senior citizens and special people that was available before enhancement of tax rates by Finance Act, 2019 should have been restored after the higher tax rates were revived soon after coming into power by the previous government. It is now a test case for the incumbent government. None of the governments in power has lowered the rate of taxes and allowed capital formation to accelerate high and sustainable growth of by investing in productive sectors and heavily tax unproductive investment in open plots etc. It is possible only through simplified tax regime as elaborated in Towards Flat, Low-rate, Broad and Predictable Taxes (PRIME Institute, Islamabad, December 2020). The relief given to small and medium enterprises (SMEs) as manufacturers up to turnover of Rs250 million in the Finance Act, 2021, should have been for retailers and other taxpayers as well, without any discrimination. Low-rate tax on broad base with simple compliance procedure alone can help in collecting Rs12 trillion.

Tax policy reforms undertaken to date, have mainly been patchwork, and proven to be futile exercises. Tax reform commissions and consultative committees, constituted for reforming the system, have remained unsuccessful as they have been suggesting remedies for curing the incurable or otherwise curing symptoms rather than addressing the causes. The successive governments—civil and military alike—have shown a lukewarm attitude in restructuring the ineffective, outmoded, colonial era institutions, including the country’s tax system to achieve efficiency, equity and to promote economic growth.

Bad tax policy, complex tax codes, complicated procedures, reliance on easily collectable indirect taxes, weak enforcement, inefficiencies, incompetence and corruption are the main factors for low tax collection. Instead of broadening the tax base and simplifying laws, the successive governments have been offering amnesties, immunities, tax-free perks/perquisites to powerful segments of society. As a result of this policy mindset, ordinary businesses and citizens suffer. It has been repeatedly discussed and pleaded in various columns and books that the only solution is revamping and restructuring of the entire tax system, low-rate, broad-based and predictable taxes, single national tax agency and national tax court. It is high time that the present government that came into power through a vote of no-confidence should consider it seriously in the forthcoming budget. During a time of internal political instability, the worst we have witnessed in our history, it is the only way to make Pakistan a prosperous country and an egalitarian state.

Previous articleShifting Yasin to an isolated cell in Tihar jail deplorable: Mushaal
Next articleTeargassing democracy
Dr Ikramul Haqhttp://narratives.com.pk
Dr. Haq is an Advocate of the Supreme Court, and specialises in constitutional, corporate and tax laws.

Friend For All Seasons