Pakistan has been passing through a crucial and perhaps decisive phase of its history on both internal and external fronts. Internally, its economy is on the verge of collapse, with rampant inflation and unemployment making the life of people miserable. A fresh wave of terrorism and sectarianism is gripping its major cities, there is a critical lack of coordination visible between the centre and provinces, and 11 major opposition parties have launched a full-fledged anti-government movement through the united platform of the Pakistan Democratic Movement (PDM).

The challenges facing the PTI government and the country are even more serious on the external front, with the heightening of the Kashmir crisis and the unending Afghanistan imbroglio, both directly linked to the internal stability and existence of the state.

The Jamaat-e-Islami Pakistan cannot stand neutral and alien to this situation; rather its role becomes ever more important, even critical in the multiple evolving scenarios in the country.

Despite these concerns, however, the JI, believes the future of the homeland is bright, and that it could emerge as a powerful state in the shifting geopolitical sands of South Asia.

When it took power, the Pakistan Tehreek-e-Insaaf-led coalition government was the fourth democratically elected government in Pakistan since 2002. The general elections of 2002, 2008, 2013 and 2018 are still considered questionable, with accusations that they were not transparent, that they were engineered and rigged. However, despite severe reservations, the JI accepted the polls in the larger interest of the people of Pakistan, who had lived in the shadow of long decades of direct military rule and sham democracies since 1947.

The PTI assumed power in July 2018 on the slogan of “tabdeeli,” i.e. change, making tall claims it would transform the country into a model Muslim state — “a Madinah.” But it has proved even worse than its predecessors, the PPP and the PML-N who each ruled the country for five years between 2008-13 and 2013-18. 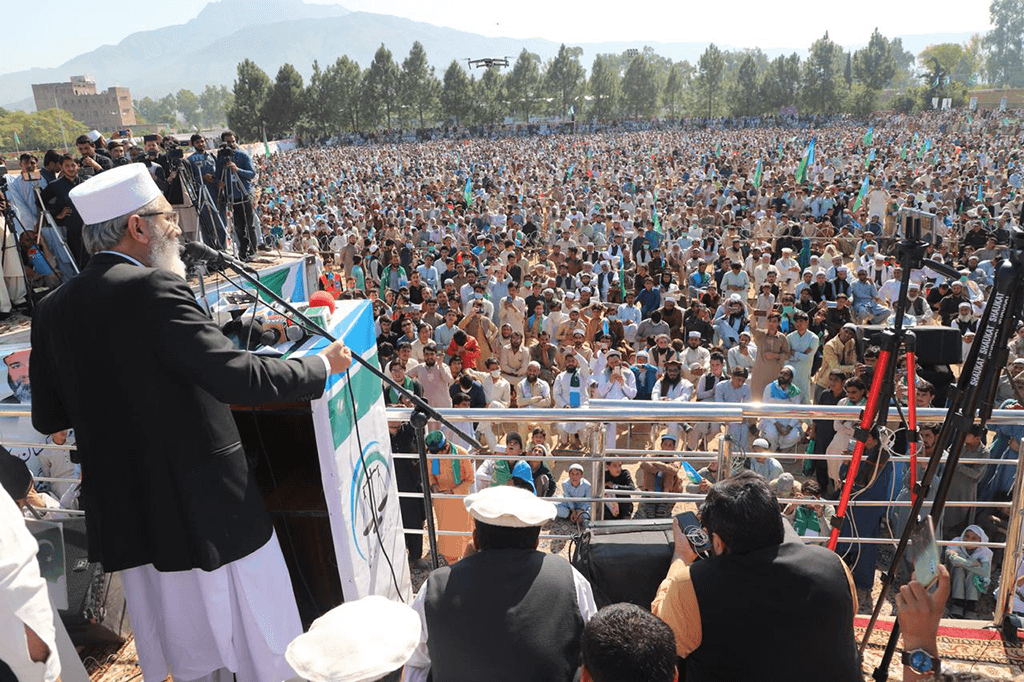 As of June 2020, Pakistan’s total external debt and liabilities stood at $112.8 billion, $17.6 billion or 18.5 percent higher than the level recorded two years ago. The PTI blames the previous governments for the debt-trap, but in all fairness, almost three years into its tenure, it cannot entirely pass the buck — i.e. the blame — to its predecessors. Its own ill-planning is visible from the soaring inflation rate, the enhanced tax net and the introduction of institutional reforms to take measures for enhancing the growth rate. In its manifesto, the PTI claimed it would provide jobs to millions of people, but after coming to power, it made millions jobless. The country’s unemployment rate is hovering at around five percent, indicating a rapid increase in the previous two years. The rampant rise in terror and sectarian-related incidents in the past two years also expose the rulers’ incapability and lack of vision. They seem unable to gauge the challenges facing the nation, or to prepare a coherent and effective strategy to cope with them. A series of terrorist attacks in Karachi, Peshawar and Quetta — from the assault on the Pakistan Stock Exchange to the latest October 27 attack on a religious seminary in the heart of Peshawar, and assaults on Pakistani troops patrolling the areas bordering Iran and in Balochistan and KP-Fata regions — mark a new wave of terrorism in Pakistan. These incidents are proof of the sheer negligence of this government and the security agencies working under it.

The PTI has also failed to develop any coordination with the PPP-led Sindh government, and news of clashes between the two parties are daily aired on the national media. Karachi’s teeming millions are the biggest victims of this brawl between the centre and province.

Furthermore, the current regime has been unable to introduce a powerful and across-the-board accountability drive. It has tried to control and muzzle media freedom, and it has, in its two years in power, paid no attention to strengthening the local bodies system.

In the prevailing situation, some 11 small and big political parties have launched an anti-government movement from the platform of the PDM. The PTI government is not their only target; the PDM claims it seeks to build an anti-establishment narrative, demanding “real democracy” in the country.

The Jamaat-e-Islami sincerely believes that the country’s powerful military establishment has always tried to control the power centre directly or indirectly, damaging the spirit of democracy and controlling state affairs through a hybrid regime. But we do not concur with the PDM’s narrative. The reason is obvious and facts speak louder than words. The two mainstream parties which are part of the opposition alliance enjoyed power for years, but they failed miserably in putting the country on the path of development and real democracy. Their governments in 2008 and 2013 and also those before the decade-long tenure of General (r) Pervez Musharraf were no different than the PTI’s current regime. Additionally, when these political parties talk about democracy, it would be funny if it weren’t so tragic — considering they have never even tried to introduce democracy in their own parties’ ranks. The fact is that almost all political parties in Pakistan, and particularly those who have enjoyed power, are family dynasties and personality cults that have nothing to do with democratic norms. 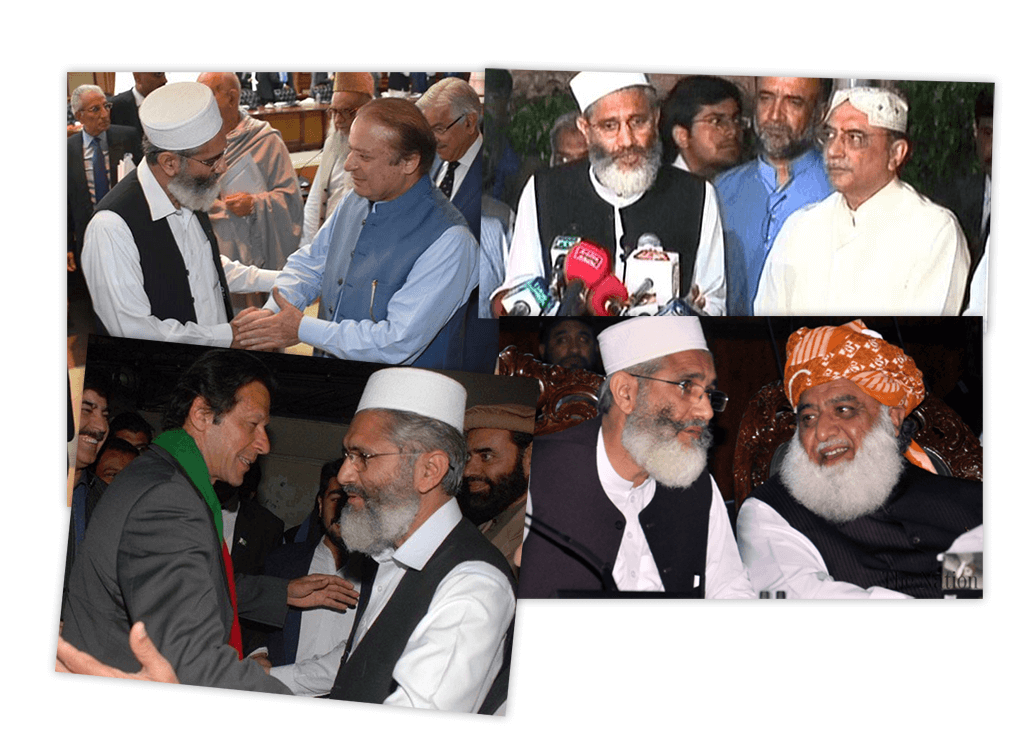 Corruption was also rampant in the tenures of the PML-N and the PPP. Governance was abysmal and they took no steps for the welfare of the public and introduced no institutional reforms during their terms in office. The PTI government is just a continuation of the Pervez Musharraf regime, and those of the PPP and the PML-N. There is no real difference between them as far as political, economic and foreign policies are concerned.  Increasingly a surge in undemocratic and anti-people steps of the PTI government are becoming more apparent. Parliament, the bureaucracy, and state policies and machinery have been overshadowed by the overt interference of the military establishment. Corruption at all levels can be seen everywhere. The sugar, wheat, oil and gas and electricity crises vividly manifest the involvement of PTI heavyweights. And in parliament, a nexus of the PPP, PML-N and PTI overtly and covertly support the pro-US, anti-people agenda of the IMF and FATF by supporting each other in the passage of assorted pieces of legislation. The PPP and PTI even jointly contested the elections for the Chairman and Deputy Chairman of the Senate of Pakistan. Similarly, the PPP and the PML-N supported the PTI in its pro-establishment legislation regarding the extension of the tenure of the COAS for a further three years.

The JI believes that agents of the imperialistic powers, feudal lords and mafias all form part of the three parties and their politics revolve around the service of self-interest.

Therefore, the JI decided to stay away from the PDM and to take on the government through a separate movement, warning the latter to either address the plethora of problems facing the country, or go home. We have called for a decrease in the prices of essential food items, medicines, petrol, gas and electricity. The JI demands an interest-free economy by bringing rapid and consecutive changes in the current financial regime. We also ask for measures to transform Pakistan according to the vision of its founders, Quaid-e-Azam Muhmmad Ali Jinnah and Allama Muhammad Iqbal, and as per the Constitution of the Islamic Republic of Pakistan.

The Kashmir issue has become a major challenge for Pakistan, particularly after the decision of the fascist Modi government to unilaterally abrogate the special status of Indian-held Kashmir on August 5, 2019, in violation of internationally and mutually agreed agreements between the two countries. The BJP-RSS-led government of India is bent upon changing the demography of Indian-Occupied Kashmir, turning the Kashmiri Muslim majority into a minority with the illegal settlement of Indian Hindus in the occupied area. It has arrested the entire political leadership of the occupied valley, ploughed down, blinded and jailed thousands of Kashmiri youths and turned the area into the world’s largest prison. Prime Minister Imran Khan made a good speech on Kashmir at the UN General Assembly last year, but he has since then failed to pursue Pakistan’s demands regarding the Kashmir cause.

The JI has repeatedly warned Islamabad against India’s hegemonic designs, but apart from lip-service, the rulers have paid no heed to the issue. The JI believes Pakistan’s existence is directly linked to Kashmir’s freedom from the Indian yoke and Jammu and Kashmir cannot be left to India’s sinister plans. To this end, the JI is constantly mobilising the people of Pakistan by holding Kashmir rallies in different cities, and it has established contacts with the Azad Kashmir leadership and the Pakistani and Kashmiri diaspora all over the world to raise a unified voice against Indian occupation and brutalities in the held area.

We recognise, however, that will not be enough. The liberation of Kashmir from India demands a comprehensive strategy through united national efforts and effective diplomatic and political moves. The JI calls for the formation of a National Action Plan and a clear road map to be put before the nation for the liberation of Kashmir, with a consensus among all the political forces.

Peace in Afghanistan is not only vital for the region, but it also has key importance for Pakistan. The JI has great regard for the struggle of the Afghan people against foreign occupants, and it is our firm belief that the future of Afghanistan should only rest in the hands of the native Afghans. It is the need of the hour that different Afghan groups engage in mutual dialogue for a peaceful Afghanistan as soon as possible by setting aside their respective differences.

Though formally founded on August 26, 1941, the JI is the continuation of the movement which the Prophet Muhammad (PBUH) had launched 1450 years ago in Makkah. The JI is the only political-religious party of Pakistan which stands above sectarian, ethnic, cultural and lingual biases. Opening its doors for every believer, the JI believes in the Islamic democratic system of consultation. JI members participate in electing its leaders, take part in the decision-making process, and can raise questions about its leadership’s conduct regarding any matter whatsoever. The JI’s decades-long struggle to reform society according to the brilliant principles of Islam and its efforts for the protection of individuals’ rights are even recognised by its political opponents. Unlike other mainstream political and religious parties of Pakistan which are basically family concerns, the JI has no concept of dynastic and family politics. The sons and grandsons of former JI chiefs, Syed Abul Aala Maududi, Mian Tufail Muhammad, Qazi Hussain Ahmad and Syed Munawar Hassan would not even imagine becoming the Ameer (president) of the JI. The JI has been struggling for the establishment of a society based on justice, equality and human values. Its objective is to make Pakistan an Islamic welfare state, which could play a leading role in the community of nations, and especially in the Muslim world. 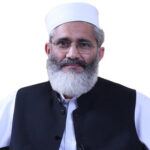 With a history of violence, Balochistan Liberation Army has...