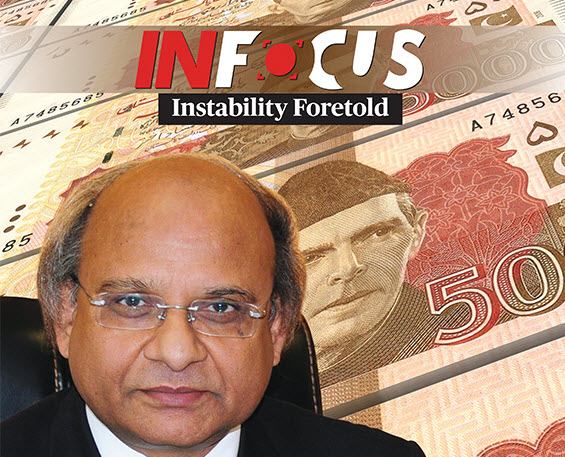 Ever since the 7th NFC Award became effective on July 1, 2010, it has attracted criticism from many independent economists. In recent years, the IMF termed this Award unbalanced and inflexible, making the country’s macroeconomic management difficult, with serious consequences for overall socio-economic outcomes. It is generally argued that if no correction is made, Pakistan will continue to experience large fiscal imbalances leading to the acceleration of public debt. The present government is trying to address the challenges posed by the Award.

An effective system of intergovernmental fiscal transfers constitutes the cornerstone of strong and stable public finances in a country. The purpose of having a sound fiscal transfer mechanism is twofold. First, to minimise the vertical imbalances caused by the inadequacy of revenues of provincial governments to meet their expenditure requirements. Second, to alleviate horizontal imbalances caused by disparities in the revenue capacity of the constituent units of the federation, that is, provinces, so as to enable them to provide basic public services to their citizens at a reasonable level.

In recognition of the need to redress these two imbalances in a fair and orderly fashion, Article 160 of the Constitution of Pakistan provides for the establishment of a National Finance Commission (NFC) at intervals not exceeding five years. The NFC provides recommendations to the President of Pakistan on the distribution of resources between the federal and the provincial governments and amongst the provinces. These recommendations are implemented through a Presidential Order. The 7th NFC was constituted on July 21, 2005 and submitted its recommendations in April 2010 to the President. The recommendations became effective from July 1, 2010 through a Presidential Order.

In Pakistan, over 90 percent of taxes are collected at the federal level, and less than 10 percent at the provincial level. Provinces thus rely heavily on federal resources to meet their expenditure requirements.

There is broad agreement among professional economists that the 7th NFC Award has compounded Pakistan’s financial difficulties. It has emerged as a major source of macroeconomic imbalances and promoted fiscal indiscipline. In a federal state like Pakistan, fiscal decentralisation is essential to improve quality of services provided to the masses. If fiscal decentralisation is badly managed, it can create serious difficulties for the provinces and the federal government.

The salient features of the 7th NFC Award include major adjustments in vertical and horizontal imbalances. First, the tax collection charge the federal government deducted prior to the 7th NFC Award was reduced from 5 percent to 1 percent, thereby enhancing the size of the divisible pool by 4 percentage points and reducing the share of the federal government by the same percentage points. Second, the share of provinces increased from 50 percent to 56 percent in the first year (2010-11) of the Award and further to 57.5 percent in the second year (2011-12) onwards (See Table 1). Accordingly, the share of the federal government declined to 44 percent in 2010-11 and further to 42.5 percent in subsequent years. This adjustment in shares was made to reduce vertical imbalances.

Let us examine the salient features of the 7th NFC Award. Firstly, a cursory look at Table 2 is sufficient to see that during the first five years of the Award, a sum of Rs. 6671 billion was transferred to the provinces as against Rs. 2613 billion during the five years under the previous (6th) Award — 2.6 times more resources were transferred to the provinces. Second, the share of the divisible pool as a percentage of the total tax collected increased from 41 percent in 2008-09 (the last year of the previous Award) to 58 percent by 2012-13.

Third, in order to address the issue of horizontal imbalances, inter-provincial resources were also adjusted. Table 3 documents the changes in the shares of the provinces. Balochistan appeared as a main beneficiary of the 7th NFC Award with its share increasing from 5.11 percent to 9.09 percent — an increase of 3.98 percentage points. Both Sindh and Khyber Pakhtunkhwa (KPK) also gained, though marginally. Punjab, on the other hand, witnessed its share declining from 57.36 percent to 51.74 percent — a decline of 5.62 percentage points. The reduction in Punjab’s share was distributed primarily to Balochistan and marginally to Sindh and KPK.

Fourth, while population used to be the sole criterion for revenue sharing prior to the 7th NFC Award, the current Award is based on multiple criteria. This is one of the most significant features of the 7th NFC Award. These criteria include population (82%), poverty or backwardness (10.3%), revenue collection or generation (5.0%) and inverse population density (2.7%).

Fifth, special attention has been given to improve the financial health of Balochistan for its socio-economic development. For example, the share from the divisible pool was guaranteed at Rs. 83 billion in the first year (2010-11) of the Award, which was more than double the actual share in 2009-10. Balochistan has been guaranteed to receive its provincial share from the divisible pool on the basis of budgeted (as opposed to the actual) amount from 2011-12 onward. If there is a shortfall in revenue collection, Balochistan will not be affected and will continue to receive its share on the basis of budgeted or targeted revenue of the FBR. The federal government would compensate Balochistan from its own share in the event of revenue shortfall. Sixth, recognising the role of the KPK as a frontline province in the war against terror, the Award provided an additional one percent of the net divisible pool to KPK to meet its expenses.

Having described the salient features of the 7th NFC Award, let’s turn to the core question: has the 7th NFC Award worked for the betterment of the provinces and ensured financial discipline in the country?

There is general agreement among professional economists, the IMF and the present leadership that the 7th NFC Award, instead of addressing Pakistan’s fiscal challenges, has compounded its financial difficulties. It has also been argued that under the 7th NFC Award, Pakistan can never achieve fiscal discipline and hence macroeconomic stability.

What went wrong in this Award? To begin with, it was finalised in haste by holding a few meetings in a short span of four to five months. Therefore, no proper homework was carried out and it lacked a sound economic foundation. Revenue projections for the duration of the Award were grossly unrealistic and as such created serious difficulties for subsequent macroeconomic management.

The scope of the Award was too extensive and its implementation too rapid to manage fiscal decentralisation in an orderly manner. Massive resources were transferred to the provinces in a short period without giving due consideration to their capacity to spend huge amounts of money prudently. Thus, it not only compounded macroeconomic instability, but also adversely affected the provision of public goods and services in the provinces. For example, net enrolment at the primary level, the overall literacy rate, and various health indicators, instead of improving, have deteriorated in the provinces.

The timing of the 7th NFC Award was also inappropriate. Pakistan was already facing serious fiscal challenges; interest payment (a budgetary item) was rising at an unsustainable rate, doubling in just three years; the security environment was deteriorating due to the war on terror, which required more resources; power sector subsidies were rising at a greater pace and the public sector enterprises were bleeding profusely.

It is strange that the bulk of the taxes collected from across Pakistan were transferred to the provinces and yet it was the federal government’s responsibility alone to maintain financial discipline. The federal government, while receiving only 40 percent of resources from the divisible pool, cannot alone maintain financial discipline in the country and also be answerable to the IMF for achieving revenue and deficit targets. Because of the imbalances in the resources and responsibility of the federal government, it was forced to indulge in ingenious accounting. For example, the federal government was not releasing resources to the provinces on time; it gave perverse incentives to the provinces to not spend money; started holding back refunds/rebates to show higher revenue collection and treating privatisation proceeds and foreign grants as non-tax revenue instead of as financing items.

What needs to be done? How can this Award be salvaged without violating the Constitution? It goes without saying that the ill-planned, ill-timed and badly managed 7th NFC Award has created serious challenges for macroeconomic management in Pakistan. Ideally, a gradual move towards extensive fiscal decentralisation should have been made. This would have given more time and opportunity to the provinces to strengthen fiscal management by improving the capacity of the provincial finance administration.

The damage has already been done as far as fiscal discipline is concerned. The real challenge now is to salvage the Award until a consensus is developed to have a new one. How can we salvage the Award? Here are some suggestions.

First, it must be kept in mind that the present Award should not weaken the federal government’s ability to reduce the fiscal deficit and public debt. Provincial governments need to improve either their own revenues or curtail unnecessary expenditure.

Second, the collection charges of revenue may be reverted back to 5 percent from the current level of 1 percent. This will immediately increase resources for the federal government.

Fourth, interest payments or public debt and defence spending are currently the responsibility of the federal government. Public debt is not incurred by the federal government alone, and similarly defence should be the responsibility of the entire country. Provinces therefore, may be asked to share the burden of interest payments and defence to the extent of their shares in the divisible pool.

Fifth, in the case of federal projects executed in the provinces and any debt so acquired, the respective provincial governments may share debt servicing costs with the federal government.

Sixth, in order to achieve fiscal deficit targets without resorting to accounting tricks, some hard binding constraints may be put in place. Provincial governments should be bound to deliver surpluses to meet the consolidated fiscal deficit. The Council of Common Interest (CCI) or the National Economic Council (NEC) may be used as forums to decide the level of surplus that the provinces may have to generate.

Seventh, we may opt for a Permanent National Finance Commission headed by a renowned economist, with representation from each province. The purpose of the Commission would be to conduct research with a view to improving the fiscal decentralisation process; to monitor the specific fiscal reforms at the provincial level and to ensure service delivery in each province.      Eighth, a performance-based revenue transfer mechanism needs to be developed. 75 percent of the divisible pool can be released to the provinces on the basis of the NFC formula and the remaining 25 percent of the divisible pool may be linked with the performance of the provinces in service delivery. The high-powered Commission would monitor performance with provinces duly represented. Lastly, the provinces should set up Provincial Finance Commissions to make fiscal decentralisation a success. 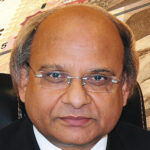 The writer is a renowned economist, who served as an advisor to the Ministry of Finance & D.G of its Debt Office.Currently he is the Principal & Dean at the NUST School of Social Sciences.
View Posts
InFocus Featured