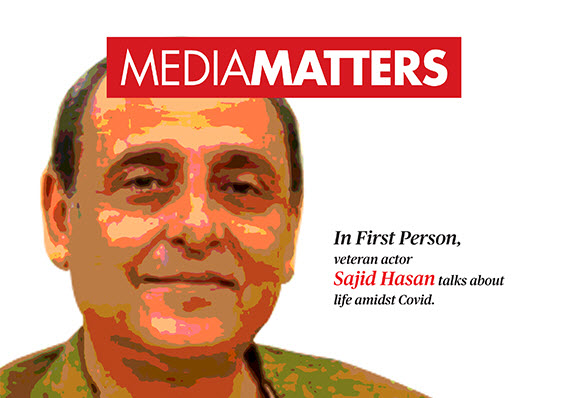 Life in the Time of Covid

I had thought this pandemic might change the world for the better. How wrong I was! To recap my life during the pandemic would be to delve into a tale of total chaos. The same could probably be said for most Pakistani artists.

As of now, my life is a mess. Like most Pakistanis — and people across the world perhaps — I feel utterly helpless. I spend first and think later. My credit is mounting, but no payments are due — there is no work. But I am not in a unique position. Those attuned to the old system, ie. seeking out a premier multinational company or corporation, attaching themselves to working for these giants, and complacent in the belief that their futures would be secure, are, post-Covid, on the open seas. Joblessness runs rampant, And now it is every man for himself. And I am lost, as are they.

Even before Covid, I had learnt compromise was the name of the game. The ideals of imaginative and creative people particularly, are never realised, for they are usually unattainable, so I had ceased to bother with who it was that employed me. As far as I was concerned, it was not my problem or my job to verify the character of my employer, so I unabashedly worked for lunatics, murderers, mafiosos, smugglers, dirty politicians and sex-obsessed couch masters. This is the reality of the underbelly of the industry I belong to. It is a reality we all know, but do not acknowledge. My histrionic abilities had been recognised and I gained a measure of fame, so I stayed.

Then Covid caught me unaware. The one company that I have consistently worked with told me to lower my daily wages to half, or take a walk. I took the walk. Enough humiliation I thought. Enough of mindless, stupid scripts justifying morality that I never agreed with, but job demanding, had to be a part of anyway. I had recently heard that the CEO of the same company’s channel had called artistes “condoms,” meant I assume to mean that we were as valuable as throwaways.  This may not be factually correct, but still it hurt me deeply. I began to wonder, have we given our lives to bolster our employers’ egos, their very fickle and despotic tendencies? So, in the new world order, where I was out of work, I made up my mind: I was going to change like the world had, and get into some other business.

But Covid also put paid to that. Sindh Chief Minister Murad Ali Shah announced a lockdown — basically amounting to stay home, even while you have not a penny. I thought, what will become of me and the people dependent on me. Not that my family is not used to uncertainty.  We are and thank God for that, but this was different. Since there was no other ready business I could find to step into, and staying home didn’t help with job hunting, I had to start begging for loans. Unfortunately, no one would come through. The more I called, the less responsive the world became. Food rations, cigarettes all became scarce. I was in a mess.

In such trying times I had hoped my wife would come to my aid along with my three sons, but alas, it was not to be. My lovely wife turned on me. She stated I was entirely responsible for our family’s sorry state and started calling me things akin to the condom comment. My sons also jumped on the blame game bandwagon. I kept telling them that I had worked for 30 years and if Rana Sheikh of the PPP had not done the ultimate injustice of doing away with royalties, I would be a rich man. But my pleas for understanding and empathy fell on deaf ears. They refused to listen. I was mortified. I began to think okay, this is the end of the road for me. I will die of Covid sooner or later, so there is no point working in my last days on planet Earth. I should resign myself to my fate, and live the impoverished life I was obviously destined for in the few days I had left.

While waiting to die, and that not happening in a hurry, I decided to leave Pakistan. When I told Samina Peerzada my plans, she merely smiled. She knew perhaps that I am ‘Pakistan;’ and how can ‘Pakistan’ ever leave Pakistan for good? And when I arrived in Dubai still planning on making it a final exodus from Pakistan, every Pakistani I met was only interested in knowing about Pakistan. Therefore, I returned.

Then came a possible business opportunity. I was told that a very reputed company was looking to import masks. I knew someone whose company was dealing with medical supplies and I got them together, thinking my luck had changed, feeling ecstatic about getting a foot into the medical supply business. But like Khan I am awfully bad at geography. Considering China is a big mask manufacturer, and our neighbour and ally, I failed to factor in the CPEC and our direct route, instead finding a mask supplier in the US of A. The masks along with airfreight ended up costing five times the average going rate, and this too for UV masks alone. So, never mind that my masks had FDA (the primary food and drug regulator in the United States) approval, who was going to pay for them when Chinese and locally made masks were so readily and cheaply available. The ordeal of this business lasted a month, and at the end of it, the money I was supposed to make in brokerage was lost as the other two concerned parties joined, leaving me out in the cold. It was a rude awakening. As is the reality of the entire medical business — and really, for the most part, that is what it is: the business of making money. Shockingly I learnt, even in the life and death situation that Covid has wrought, faulty tests are the norm, and many hospitals and their owners manipulate patients for a quick buck.

And so, I suddenly realised that I would have to return to the same business I had worked in for the last three decades.

Now let me talk about our media and its narrow-minded moguls. I had joined NTM when one big party had left, and the other had taken over. I was made the public relations guy. Initially, there was just one channel. Then when the electronic media started mushrooming, the turf battles began. I found myself in the middle of these turf wars. For others it was not that big a deal. I on the other hand foolishly favoured one side over the other, so much so that this powerful faction started to completely ignore what little talent I had. Ultimately, I was left at their mercy.

“Sir we know we can never give you the kind of money you really deserve, we just can’t. We just hope that we will be able to more than compensate you for your time in the future. We know it is nothing, but sir it is more than the young starlet who is the main lead”… the constant refrain.

In addition to this, it was only much later that it dawned on me that the scripts were pretty much always the same. Work for any media house and you find yourself dealing with virtually the same people who are always in it together. How amazing is that. What that really means is that there is no competition. Just one group trying to maintain their position by creating a certain perception, just like the political parties.

But here I am, a slave to this system — the only one I really know. And is the world and this industry I belong to even a marginally better place post-Covid? Sadly, the more things change, the more they remain the same. 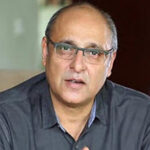