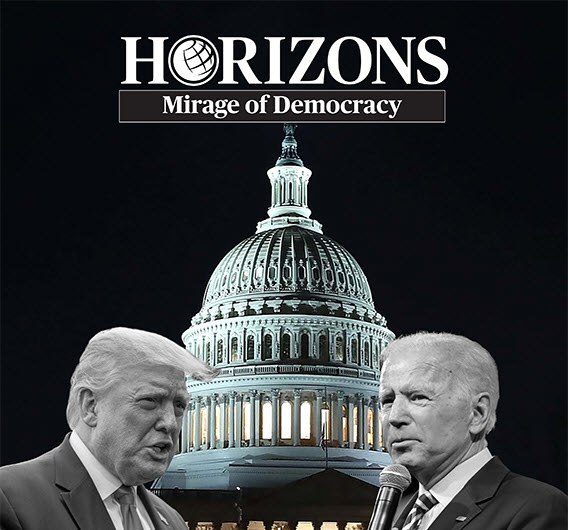 The DisUnited States of America?

Writing about the forthcoming elections in my adopted homeland, the United States of America, I am reminded of two great philosophers: Al-Ghazali and Thomas Hobbes.

Al-Ghazali’s political theory’s core is derived from a holistic, harmonious, well-ordered cosmos created by God for a clear purpose. The opposite of Ghazali’s model is a state of chaos and insecurity, which Thomas Hobbes termed bellum omnium contra omnes (the war of all against all).

We are, it feels, living in Hobbes’ America — plagued by disease, plunged in economic catastrophe for the majority, inﬂamed with racial violence, and torn between isolation and globalism. Six months into the pandemic, the economic outlook is getting darker for the masses, but lining a handful’s pockets. In the last 30 years that I have been living in the United States, income inequality has been growing. According to data analysed by UC Berkeley economist Emmanuel Saez, income disparities are so stark that “Americans in the top one percent tower stunningly higher. They average over 39 times more income than the bottom 90 percent.” However, that gap pales compared to the divide between the nation’s top 0.1 percent and everyone else. A handful of Americans are taking in over 196 times the income of the bottom 90 percent.

In 2020, over 20 million Americans have lost jobs, over 200,000 lost their lives, and thousands are still dying every week. However, the wealthiest 643 individuals yielded a 29 percent increase in these six months. Their wealth grew from $2.95 trillion to $3.8 trillion between March 18 and September 15. More than 22 million Americans lost their jobs during this period, and fewer than half have so far returned. Even when they were working, many people were not earning enough to get by.

Despite the month-long global chant of “Black Lives Matter,” the lack of indictments in the Breyonna Taylor case indicates that the police have an unequal right to self-defence.

“When you are injured or killed by community violence, the law is on your side, or on the side of the loved ones who grieve you. Justice in those cases can be swift and brutal. However, when the state does the hurting and killing, the law is on their side. They are the law,” writes New York Times’ Charles Blow. State violence is so insidious that it renders citizens helpless to protect themselves.

The perpetual parade of anger and astonishment, of demanding justice and being denied, weighs on the souls of Americans. Undoubtedly an unsustainable condition, ready to explode, and be exploited.

Anti-racist protest across the country is not just a rallying cry for marchers against police brutality and the Trump government. It has also been a call to arms for the white militia groups across the nation. To sum it up, America is in turmoil, at war with itself.

In a recent NY Times OpEd piece, Susan Rice, former national security adviser and US ambassador to the United Nations, writes: “While foreign policy has barely figured in the presidential campaign, national security is plainly on the ballot. If everything feels chaotic and dangerous, it is because we face a remarkable convergence of security challenges.”

Unlike other democracies of the world, the United States president is not elected by a nationwide majority vote of the American people; instead, he is chosen by 538 individuals (electorates). It takes 270 electoral votes to win the 2020 presidential election.

Many around the world are often surprised to learn that the United States is not a democracy. It was founded as a republic. The founding fathers of America, Alexander Hamilton and James Madison in the Federalist Papers, emphasised “the total exclusion of the people, in their collective capacity, from any share” in the government.

The Electoral College favours small (and rural) states and most of those states currently lean Republican. I am registered to vote in New York, historically a blue state, but my vote does not mean a thing. However, if I lived in one of the swing states, my vote would have been worth much more. To make matters worse, Trump refuses an “orderly” post-election transition, questioning the process’ integrity. Now Americans have to worry if democracy will continue to function post-November 3.

When he took office in January 2017, Donald Trump was a novice. His foreign policy has been unconventional and driven primarily by self-interest rather than the United States’ national interest. His administration, having withdrawn from the Human Rights Council, stopped funding Palestinian refugees, and owes the United Nations $3.6 billion. The Trump administration and US animosity towards the UN, has hit new highs. No wonder that the Americans are isolated at the United Nations under President Trump, whose administration has withdrawn from several UN bodies and agreements, even as the United States government remains the most significant single contributor to the 193-member organisation’s budget. Under Trump, the United States withdrew from the Paris climate agreement leaving a void now being filled by Europe.

On the other hand, Joe Biden was chair of the Senate Foreign Relations Committee for years, and later as Vice President, he was the face of Barack Obama’s foreign policy. Analysts have called him “a creature of the American foreign policy machine.”

So do we transition from Hobbes’ America of chaos to Al-Ghazali’s harmonious, well-ordered cosmos?

As we enter the final month of the presidential election campaign, Americans are preoccupied with the coronavirus pandemic, racial injustice issues, and their challenges in a collapsed economy with a dismal outlook. However, if the virus has taught us anything, the United States’ fate is inseparable from the world. The United States’ recovery from the pandemic and the economic collapse depends on other countries’ public health, trade, peace and security. As November approaches, Trump’s disastrous lack of any coherent policy to advance US interests and to keep Americans healthy, prosperous, and safe — as well as his still-accumulating string of failures — should be at the centre of the country’s debate. 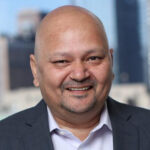