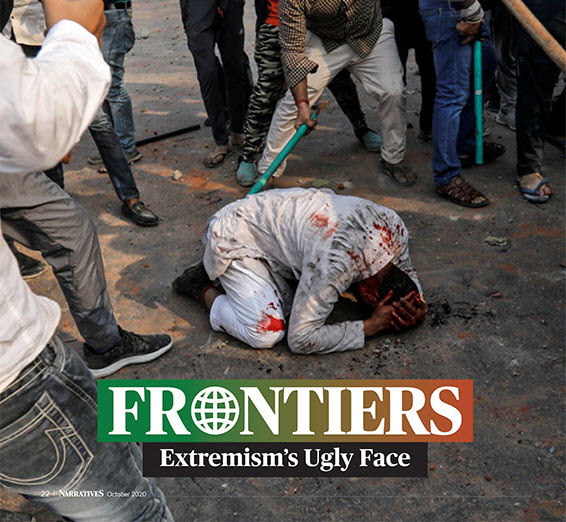 The Theology of Hate

Many Indians and even their friends in the West have never been more concerned about India’s future as they are now, in 2020. The rapid deterioration in the country’s polity, economy, regional position and global standing were unimaginable until a few years back, but the rise of Hindu extremist politics in the world’s so-called largest democracy has stripped India of its thin veneer of Nehruvian secularism. Although the ruling Hindu fundamentalist Bharatya Janata Party (BJP) is trying to brush aside these concerns, blaming Covid-19 for the economic meltdown, the hard fact is that India’s internal and external challenges are much bigger and far graver than this lethal pandemic. And the irony is that India’s Western allies, who long projected it as a counterweight to China, are partially responsible for this situation.

The Western powers are extending generous technological and economic support to India in a bid to contain China, ignoring the hegemonistic agenda of Hindu extremists both within their country and the region, which threatens peace not just in South Asia but beyond.

Continuing Western support has made the BJP government more intransigent and, as a result, it has committed a series of strategic blunders that have sharpened the religious, caste and ethnic divide in India. The result is that on the one hand India appears isolated in its neighbourhood and on the other, its religious and ethnic minorities and the Dalits are increasingly becoming disenchanted and insecure at the manner in which the Hindutva agenda is being thrust upon them. Yes, India may be feared by some of its neighbours by virtue of its size, but it is not respected. 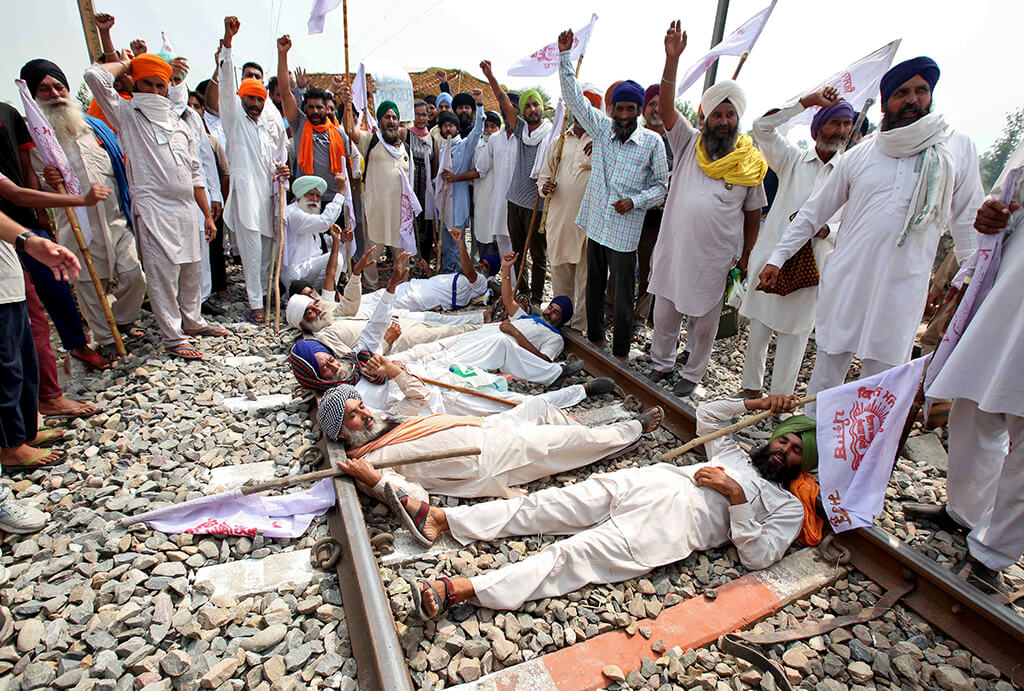 Most people in the West are unaware that the core problem in South Asia is the ‘structure and state of Indian society.’ In 21st Century India, ‘Hindu anachronism’ and the revivalist movement are dominating each and every sphere of life — from politics to education to history to practicing sciences, including medicine. And this extremist Hindu mindset has not suddenly popped up out of nowhere. Its genesis can be traced back to the early 20th century, when right-wing Hindu nationalist, Vinayak Damodar Savarkar, popularised the term ‘Hindutva’ (meaning Hinduness).

Western-educated Indians of the Congress Party attempted to present Hinduism as a tolerant, secular philosophy for nearly a century merely because they wanted to impose majoritarian rule in the subcontinent in the garb of nationalism and secularism — a narrative that was challenged and countered effectively by the founding fathers of Pakistan.

Hinduism has reasserted itself as India navigates the 21st century, with its delusions of past grandeur and oneness of the country. The Hindu extremist BJP and its ideological allies and mentors — the RSS (Rashtriya Swayamsevak Sangh) and the Hindu Mahasabha — believe and propagate that primitive India was behind all the inventions, which other civilisations, including the West, later on laid claim to. 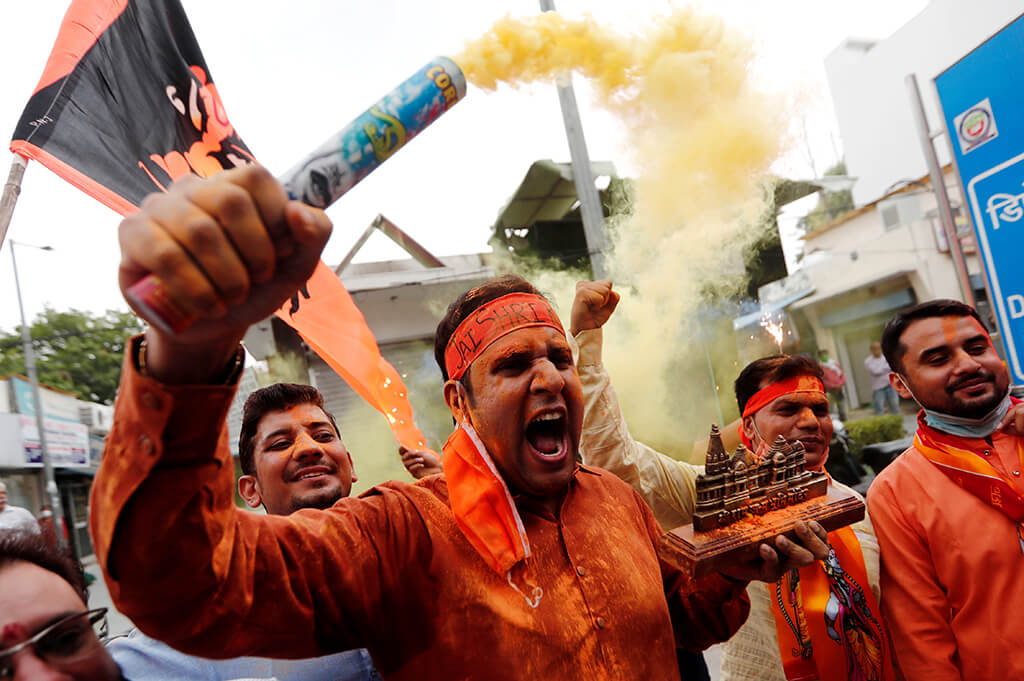 The Aryans who descended upon the subcontinent in 1500 BC, brought with them the Hindu religion, art, the caste system, their social ethos and structure. They considered themselves a superior race, and relegated the indigenous population and the tribes to a marginal existence. The oppressive caste system, which plagues Indian society to this day, is just one example of this mindset.

India has not one, but several fault lines: the Indus/Eurasian fault line, the Ganges/Jamuna divide, the Aryan/Dravidian split, the North/South conflict, the Indigenous/Settler syndrome, the Muslim/Hindu conflict, the Vegetarians versus the Non-vegetarians, the High castes vs the Low castes, and the Hindi-speaking vs the non-Hindi speaking. It suffers from more contradictions and conflicts than any other country in the world. Geographically, too, there is a divide between the Ganges-Jamuna Plains and the Indus Plains; the Deltaic alluvial lowlands of the Eastern regions, which offer a stark contrast to the Rajputana Desert; and the tall mountains of the North that have nothing in common with the Deccan Plateau.

The first ruler who established political unity in the subcontinent was  Ashoka the Great 272-232 BC.

Later, Muslim rulers such as Alauddin Khilji (1290-1316 AD), Muhammad bin Tughlaq (1324-1351AD) and the Mughal emperor Aurangzeb Alamgir (1618-1707AD), were among those who pushed the frontiers of their empires in Hindustan. They dreamt of a “united Hindustan,” controlled by a central authority seated in Delhi. But this dream was only partially achieved by them.

India — the name given by the British conquerors — appears as the world’s largest ‘Cleft State’. Boasting followers of six major religions including, Hinduism, Islam, Christianity, Sikhism, Buddhism and Zoroastrianism, India is not a cultural but an ‘anarchic entity.’ The high caste Hindus, who form the ruling oligarchy, are a minority comprising roughly one-third of the total population, in which only eight percent are Brahmins. They occupy more than half of all private and public sector jobs in the country. The lower castes — the tribals and Dalits, comprising more than a third of the population — are under-represented both in the public and private sector jobs. The Muslims, who are estimated at 20 percent, are grossly under-reported in India’s census for political reasons. India’s Hindu caste society may be the only living ‘apartheid’ structure in the world, posing a serious challenge to human conscience and dignity. International law prohibits discrimination based on such frivolous considerations. Indeed, India is missing out on its future by remaining attached to its past. Indian unity — geographical, political, economic or cultural — is a ‘myth.’ It broke up in 1947. It can split again; BJP leaders recently talked about ‘another partition.’ India will be doomed, if it tries the Israeli template in Jammu and Kashmir. By annulling Article 370 and Article 35-A, which had granted special Status to Jammu and Kashmir, India has provided impetus to the Kashmiri freedom movement and  internationalised the issue yet again. 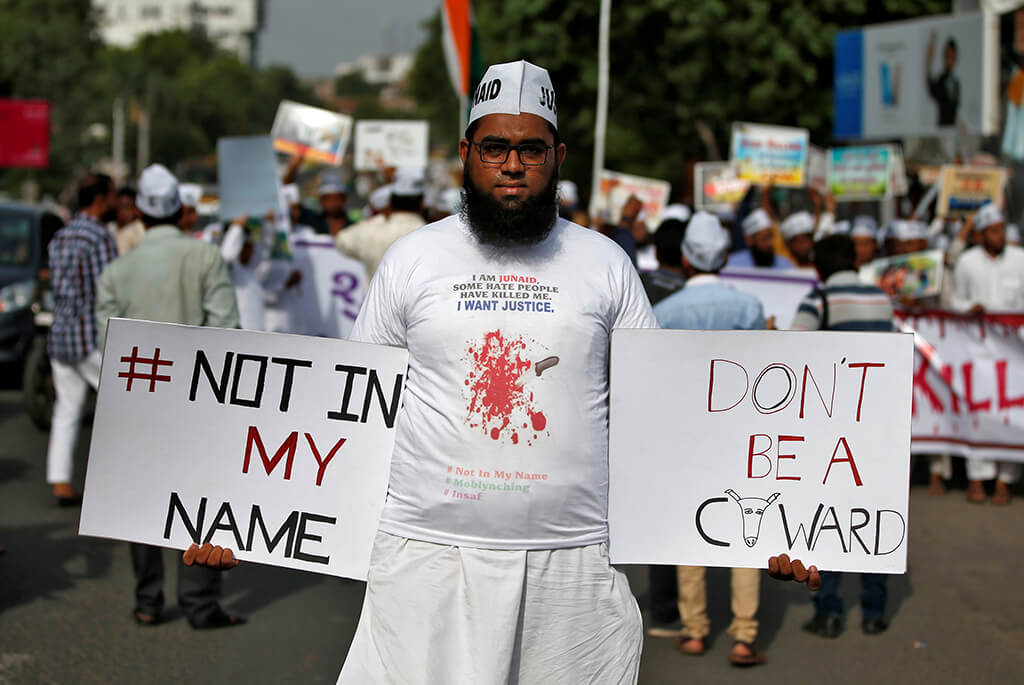 Further, India has shot itself in the foot by its plans to build infrastructure projects along the edge of Chinese-claimed territory — a move that has antagonised China.

Indian society suffers from self-inflicted miseries. It was the British, who promoted the myth of ‘India’ being a bastion of geographical political, cultural and economic unity, for their own imperial interests. Economically, India has never been a homogenous entity.

Different regions of India such as West Bengal, Assam and the northeast states, Tamil Nadu, Kerala, Gujrat, East Punjab, Bihar etc are more or less self-sustaining economic units. The central government in New Delhi, drawing inspiration from the Soviet Union’s centrally planned model of development, had made concerted efforts to deprive these states of their economic sustainability. The objective was to crush the slightest aspiration of separation or independence. Agriculture-rich east Punjab, energy-rich Assam, mineral-rich Bihar and literacy-rich Kerala ended up getting  a raw deal from the central government.

India attacked regionalism with regionalism, in an effort to strengthen the central government’s power. It also encouraged resettlement and movement of population from states with a high concentration of people to sparsely populated regions. The division of East Punjab and the creation of the Haryana state was a case in point. Additionally, the creation of  Jharkand State was intended to deprive Bihar of its mineral-rich regions.        India’s industrial landscape is highly skewed with power and wealth concentrated in certain pockets of prosperity and showpieces of development. It is beset with the largest number of ‘insurgencies’ — be they class conflicts, caste wars or outright secessionist movements. Despite the much-trumpeted mention of a middle-class of 400 million, 30 per cent of India’s population still lives in abject poverty. According to one credible estimate, one percent of the population in India, owns 74 percent of the country’s wealth. And given the growing divide between the haves and have-nots, the country faces the danger of a ‘bloody revolution’ or disintegration  à la Soviet Union, its former strategic ally. Alienation from the Centre keeps building up cumulatively. The Corona pandemic has laid bare the story of ‘Shining India’ that was so enthusiastically formulated and promoted by its Western allies. Major policy missteps, a debilitating arms race with China, a divided polity and the raging Corona pandemic make India the ‘wild card’ of the 21st Century. 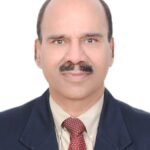 The writer is a former Ambassador and the current Director of the Chinese Studies Centre at the School of Social Sciences and Humanities, NUST, Islamabad.
View Posts
Featured Frontiers