The beginning of 2021 fractured American democracy and closed the chapter on Western liberal triumphalism. To this day, Western triumphalism presumed that the ideal of Western-style liberal democracy would eventually be endorsed by the rest of the world, which would evolve towards it. The white extremist mob that took control of the US Congress demolished the Western empire’s claim to moral superiority and the manifesto for Americanising the non-Western world. There was a tendency to assume that the world had no option but to converge on the political and economic models pioneered by the English-speaking nations, the United States and Britain. In the words of Thomas Friedman, the corporate guru of our time, “I want everyone to become an American.”

Pakistan does not have to worry too much about its perception in the West anymore. But the country has to deal with plenty of internal and external challenges in 2021 and beyond. The latest spate of violence in Balochistan is a clear indication that we will continue to be the sandbox for international war games. As our esteemed contributors in this issue point out, India remains a significant threat to Pakistan’s security and integrity. Debt management, energy shortages and environmental hazards continue to limit our potential. However, our rating hungry media and political leaders waste precious time and resources bickering about petty politics.

However, we are optimistic that Pakistan will turn the corner this decade. InshaAllah!

While the country is aging, high birth rates and relatively low life expectancy mean that the population will continue to be overwhelmingly young, with one of the lowest median ages in the region. Urban population growth will remain strong, and Karachi will dominate the urban landscape.

We hope and pray that Pakistan will join the ranks of middle-income countries, with a GDP per capita of around $4,000 by 2030.

Our contributors argue that our geopolitical location at the strategically important crossroads between West and South Asia on the one hand and between Central Asia and the Arabian Sea on the other will allow Pakistan to play an essential role for inter and intra-regional trade and peace. The vision of an enlightened, robust, and secure Pakistan contributing to global and regional peace can be our guideline.

We hope and pray that Pakistan will join the ranks of middle-income countries, with a GDP per capita of around $4,000 by 2030. This growth can be realised by developing our human resources, along with physical and technological infrastructure. The growth trajectory should gain momentum by tapping the latent capacities of a sizeable middle class emerging in the development process. But the growth must be equitably distributed. Every citizen should have greater access to quality education and basic amenities like health, water, and sanitation. Freedom of enterprise and enlarged opportunities will transform the lives of the majority, but the benefit of social protection is needed to provide a buffer to the most vulnerable.

We want to leave you with a quote from our founding father.
“…My guiding principle will be justice and complete impartiality, and I am sure that with your support and cooperation, I can look forward to Pakistan becoming one of the greatest nations of the world…” Muhammad Ali Jinnah, 11th August 1947. 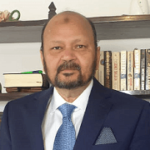