Passport to the New World

If we teach today’s students as we taught yesterday’s, we rob them of tomorrow” was the educational philosophy of John Dewey (1859 -1952), one of the most prominent American scholars, philosophers, and educational reformers of the early 20th century. In its timelessness, this philosophy summarises modern technology’s present-day dilemma, dated education, and the imbalanced distribution of both.

According to Dell Corporation’s research, 70 percent of future jobs have not been created or even conceived yet. That being the case, how can we expect the current educational structure, based on current requirements and past cast studies, to ready the learners for future challenges? As validated throughout history, the purpose of education is to prepare the young and the eager in line with the trends of economic drivers such as agriculture, industries, or artistry. Therefore, each Industrial Revolution refined education in the past. As we approach the 5th Industrial Revolution, it becomes essential that a new model of education is introduced. However, unlike in the past, this mode of education should not be purely scholastic. It would instead require a blend of personal values, creativity, and intellectual faculties.

All futurists agree on the impending infiltration of machines and technology in our lives, much more than ever before. According to some, everyday repetitive tasks will be taken over by robots and virtual assistants. Artificial intelligence would, it is surmised, become the mind behind making decisions such as regulatory issues or handling civil disobedience cases. Smart machines would then take over millions of jobs from humans in the not-so-distant future. And if we are not suitably equipped with the required knowledge or philosophy, we will not be able to contend with this wave of disruption.

The education of the future will not be just about the fundamentals of science and humanities. Instead, it will be about understanding the whole circle of life. Future education will be about understanding human relationships — with each other, with the ecosystem, and with technology. Future education will not be provided within the confines of a specific space or a temporal boundary. Modern learning would have to be a continual learning process utilising the availability of information anywhere, anytime.

According to Malcolm X, an activist: “Education is the passport to the future, for tomorrow belongs to those who prepare for it today.”
Some countries have already begun redesigning their curricula, incorporating critical thinking, modern sciences, and cognitive skills into their course content. Unfortunately, Pakistan is not one of those proactive countries and lamentably lags in its current education, let alone future education. Hence, urgently required are aggressive measures at the state level, supported by organisations and individuals, to fill the void created by the lack of proper education.

Reshaping the educational system with humanistic philosophical proposals is imperative. Only this modern model would motivate students to think for themselves and create a humane world. Humanistic Philosophy consists of a simple concept of human beings’ welfare and believes in the value of knowledge. According to Humanistic Philosophy, we can achieve our best potential and credibility by learning science, logic, and developing balanced emotions, empathy, values, and ethics.

The COVID-19 pandemic pushed Pakistan into a sudden onslaught of digital dependency.

Pakistan is a developing country and an example of a country which is still progressing towards digitisation. Though nowhere at par with advanced Occidental countries in terms of domestic penetration and the usage of smart technology, the COVID-19 pandemic pushed Pakistan into a sudden onslaught of digital dependency.

Part of the manifesto of Prime Minister Imran Khan’s government is making Pakistan a knowledge economy. The Pakistani government aims to do this through digitisation, investment in human capital, and encouraging a culture of innovation, creativity, and entrepreneurship by launching a Digital Transformation Initiative Programme. This proposed initiative would be aimed at digital infrastructure, citizen service, and other e-government programmes.

21st century technology is gradually but surely altering our skill sets and learning patterns. The computational power of cutting-edge technologies is taking over humans’ natural cognitive skills. Presently smart technology is assisting us at our behest. Soon it will probably be beyond our power to curb or comprehend the intentions entangled within hyper loops of artificial intelligence.

In a nutshell, we are looking at a new reality, where past narratives about life trajectories, political, social, and cultural institutions and traditions are being severely challenged. Therefore, a unified effort in the form of upgraded content and modified syllabi from all countries, either advanced, developed, or developing, is crucial to combat the future once the world comes out of the pandemic to live in the new normal.

The impact of COVID-19 will become a case in focus as to how interconnectedness and empathy enabled people to survive adversity. Hopefully we will realise that solutions to dilemmas are hidden in collaboration and participation. The pandemic has enforced a culture of joint efforts, creativity, mutual understanding, and innovation for entering new realms in the future. Many companies shared their patents with competitors to expedite the world’s recovery from this pandemic, and many businesses are thriving because societies appreciate them.
COVID-19, in itself, created an incredible upset in the rhythm of life as we knew it. It was also a rude awakening as to our limitations during modern catastrophes. The education sector took one of the harder jerks during the pandemic and had to undergo a dramatic transformation to maintain a continuity of sorts.

To remain competitive in the 21st century, humans always need to upgrade themselves. They need mental resilience and emotional intelligence for survival. So how do we keep adapting? How do we keep learning? What options do we have to stand against the whirlwinds of advancements?

The ability to change, reinvent, and learn throughout our lives is the only option left to humans.

The ‘Imagine — Institute of Futures Studies’ is one step taken by the Vice-Chancellor, Iqra University, Dr. Waseem Qazi, to develop essential future skills in Pakistani students. The aim of this institute is to nurture an open learning culture within a blended model of education. To that effect, substantial measures are being taken by the institute to take other academia, organisations, and corporate sectors on board to cultivate a holistic content worthy of upcoming requirements.

According to some scholars, the future is not fixed, not cast in stone; instead, it is what we will make it to be. So, the choices we make today will reflect the type of world we will have tomorrow; we could either choose to ignore the warnings and be sitting ducks, complacent in our fates, or we could take the bull by the horns and start preparing for an unknown tomorrow. Either way, neither will the pace of universal advancement slow down, nor will the subtle evolution of habits be curbed. The only thing that would differ in both approaches is the shape the advancement and habits will take.

The ability to change, reinvent, and learn throughout our lives is the only option left to humans. 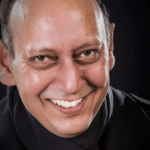 The writer is the Dean of Social Sciences and Founding Director, Imagine — Institute of Futures Studies, Iqra University
Academe