In a recent interview with Narratives, one of Pakistan’s leading businessmen Aqeel Karim Dhedhi, sheds light on the economic policy changes in the US and their impact globally.

The 2008 economic crisis resulted in deflation, unemployment and low GDP growth in the United States. Therefore, the US Federal Reserve decided to take drastic action by lowering interest rates to nearly zero per cent so that people could borrow from financial institutions and start spending. By then Japan had already opted for a zero-interest rate policy and the United States followed suit. Additionally, the United States started printing more and more dollars, which had a huge impact on the global markets.

It took a few years, but the Federal Reserve successfully reversed the wave of recession through this policy. However, there were some unintended consequences of the zero-interest rate policy. Investors were not getting any substantial return from the US financial institutions. So the flight of capital from the United States to different destinations ensued. 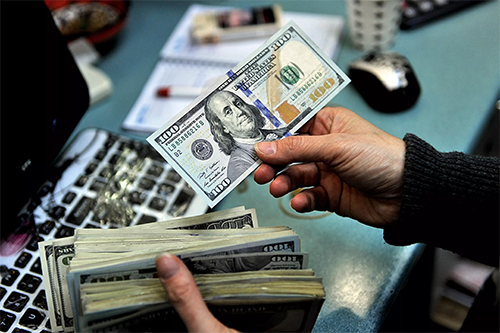 Investments started pouring into China, Russia, India, and many other countries. Speculations reached new heights and investments moved towards hedge funds and mutual funds. At the same time, spending sprees in the United States and other countries resulted in unusual demand for commodities, resulting in their high prices.

China was the main beneficiary because of its unprecedented capacity to export. Other countries that gained from the US policy of almost zero interest rates included Russia, the Middle East, Australia, and Canada.

Increase in income entails an increase in spending, which is why the imports-dependent countries had to face rising deficits while the export-based economies flourished during this cycle. Prices of gold, steel, palm oil, energy and rice increased to a level which was not sustainable. The weaker import-based economies had to bear the brunt of high commodity prices.

The United States also had to witness high inflation because of the high commodity prices like the other countries. To lower the inflation rates, the US Federal Reserve System took drastic measures to slow down both the borrowing and spending. Since March, the US Federal Reserve has raised interest rates five times. In June, July and September, we saw a 75 basis point hike, which reached 3.0 to 3.5 per cent interest rate. Treasury bond yield was raised to 4.0 per cent, while mortgage went up to 7.0 per cent. Same was the case with other commodities.

The US treasury bonds are deemed to be the most risk-free asset and rising yields forced capital to return and investors to park their money in the United States. This sent shockwaves throughout the global markets. Even the United Nations Conference on Trade and Development warned that the Fed risks significant harm to developing countries and is likely to cause a global recession.

This policy will halt the process of building new houses in the United States and other western countries like Britain where this market thrived due to the low interest rates. This will have an impact on the sales of different materials related to construction. As a result, imports will decrease, and it will have a negative impact on the countries whose economy depends on exports.

Even now, the commodity prices have gone down to nearly 30 per cent. There are expectations in the market that these prices will decrease further to the half of current prices.

Pakistan needs to preempt these global changes and must get itself prepared.

Firstly, Pakistan exports few value-added products. There is a possibility that our small export items will keep us protected from the global recession. 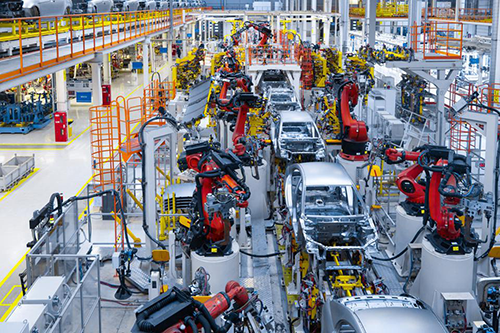 Secondly, we have a large young workforce, which is cheaper than that of the developed countries. If Pakistan focuses on information technology, this asset can earn precious dollars for the country.

There is no doubt that Pakistan is going through difficult times but if the government, somehow, manages $3 to $4 billion, it will be enough to sustain the next three months after which things will start to change for us.

Pakistan heavily depends on imports which is why, last fiscal year, the import bill, including services, reached an unprecedented level of $80b, while the exports, including both goods and services, could climb to $40b only.

If commodity prices are lowered to half, our import bill will also go down from $80b to $40b, which will eliminate the chronic problem of current account deficit for Pakistan. This is the bright side that may emerge as a result of the new US policy shift.

There is no doubt that Pakistan is going through difficult times but if the government, somehow, manages $3 to $4 billion, it will be enough to sustain the next three months

The government shouldn’t go into further power generation because the installed capacity is enough for our needs. Any new projects with the guarantee of capacity payments would be a huge mistake.

Our politicians must negotiate among themselves to create a solid political environment to grab this opportunity that is hovering over the horizon.

After the success of the no-confidence move, Pakistan had to go to the International Monetary Fund (IMF) for the next tranche. The new government had no choice but to accept IMF conditions, which included a bar on its borrowing from the State Bank of Pakistan.

Pakistan has huge foreign debt repayment this year amounting to roughly $27 billion or so against the backdrop of falling forex reserves. Inflation in Pakistan is also at a record level. Therefore, monetary tightening was a must and the interest rates had to be raised. 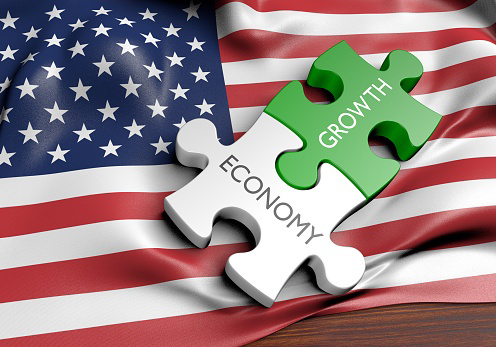 Pakistan’s total tax collection is between 70,000 to Rs75,000 billion, while it has to pay nine thousand billion rupees as interest on its total debt. This makes budget making and running the economy an uphill task.

Meanwhile, the US dollar has gained strength against all the major currencies. Pakistan, India, and Bangladesh are no exception. However, if imports go down by half, the Pakistani rupee will be under less pressure against the US dollar.

The Asian Development Bank, in its recent report, has rightly emphasized on the need for political stability in Pakistan. But our country has a long history of political instability which makes it difficult for politicians to join hands on certain issues of national importance. I am afraid that we have to learn to live with it.

Although political leadership should sit on the negotiation table in larger state interest, our policymakers should focus on the common man instead of safeguarding the interests of the elite.

Pakistan in UN calls for dialogue, refuses to condemn Russia