Sometimes your country is a shelter from the storm. Sometimes it is the storm itself. The latter rings true for the recent tragic developments in Iran when 22-year-old Mahsa Amini was tortured to death by the morality police. Since then, protests have erupted not only across Iran but in many parts of the world intended at pointing out what the protesters call “regressive functioning of the Iranian regime,” the brunt of which is faced by women mostly, whose bodies have become battlefields.

The protests in Iran include burning of hijab and women cutting off their hair to demonstrate their anger and rage towards the restrictions placed on them, primarily the injunction to cover their hair without being given a choice and any foray leading to violent response. Their resistance is not so much towards the variety of hijab itself but a symbol of resistance against a misogynist oppressive, dictatorial regime.

The hijab has become a site of contestation.

But the women’s resistance in Iran isn’t new. There have been instances where women have perhaps not collectively but in a scattered manner adopted the practice of ‘bad hijab’ vs the traditional and state-sanctioned ‘good hijab’. Sometimes these everyday forms of resistance have gone unnoticed and have encouraged other women to follow suit, while at other instances these transgressions have led to encounters with the morality police. But the intensity of the resistance and the reaction of the state has increased overtime.

Globalisation and urban development have paved the way for these urban new social movements where the women, especially due to the rise and emphasis on liberal values, have encroached upon restrictions imposed on them without being given a choice.

On the other hand, the marginalised have mostly been the centre of authoritarian actions and are an easy target for assertion of power and nationalist identity and fervour. In this case, it is the women who are being persecuted and controlled in order to depict the state’s version of piety and religio-cultural reinforcements (which are meant to be fluid) with Iran trying to put its foot forward as a counter-hegemonic entity against the so-called western values, their sartorial preferences — rendering them as morally corrupt.

This also begs the question for a secular state where religion is a private matter be it the theological/moralistic impositions in Iran or ‘laicism’ witnessed in countries like France with the likes of the burkini ban.

However, putting everything aside. This resurgence of dissent was a long time coming in opposition to the flimsy foundation of the revolutionary state, the basis of which is posturing a certain unique character at its highest order, which stems from a sense of insecurity followed by knee jerk reactions by the regime. 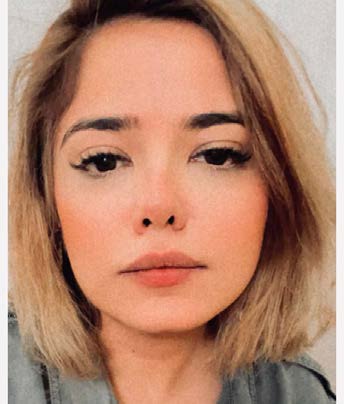 A Writer & an Officer