A Case for Devolution

If you want to destroy a nation, rob its people of hope. Pakistani society has never been in such a state of despair and so demoralised as it is today.

For the first time in the country’s painful history, people have lost hope not just in the sitting government and the opposition but, astonishingly, even in the powerful state institutions that the forlorn masses customarily turned to as a last resort for some relief. This widespread disappointment should not to be taken lightly. It is reflective of dangerous hubris and the flawed ethos of the Executive, the Opposition and the Institutions.

The incompetence of the sitting government has severely affected the life of a common Pakistani. This grave situation is a consequence of a lack of communication between the Federal and the Sindh governments and the deep-seated mistrust between the two from day one. Skyrocketing inflation, the lowest per capita income, all-time high unemployment and added to it, the poor management of the corona pandemic has only worsened the situation and made survival difficult for the average person.

Karachi’s population is more than 25 million people, not 16 million. We have to revisit the census process in all the mega cities of Pakistan, particularly Karachi.

In spite of the deterioration in every sphere of life, no sincere efforts have been made by the government in power or the opposition parties to lessen the miseries of the common man. Consequently he/she has lost faith in the government, as well as the opposition parties. The recent movement of the combined opposition parties, gathered under the banner of PDM (Pakistan Democratic Movement) against the government, has not elicited much response from the people other than creating ripples in talk shows. The fact is that the PDM narrative against the government has failed to attract the common man because it barely offers any hope. The people have rejected their call because these very parties that are using the opposition card today, have remained in governments for many years, and one of the main parties in this alliance, the PPP, has been ruling the second biggest province of Pakistan, Sindh, for the last 12 years. In the last 10 years, the Sindh Government is said to have spent Rs. 8342 billion on the province and yet the entire province presents a sorry spectacle — the provincial capital Karachi is ranked fourth amongst the most unliveable cities in the world today. The main objective of the PDM movement is to oust the government and to return to power. Meanwhile, the Prime Minister and his cabinet are not above blame — they spend morning to evening maligning the opposition. There is nothing for the people in their narrative. They are completely oblivious to the day-to-day miseries of the common man.

A deep rot has not only set in, but permeated the country’s entire political, administrative and financial system, which is nearing collapse. Neither the government nor the opposition can bring about any worthwhile change in people’s lives under the prevailing structure. What it desperately needs is a “reboot” — in order to avoid the dreaded boot. Major reforms are needed across the board — without any exceptions — in order to avoid anarchy and the collapse of the state and its institutions. The ethos of the nation has to be redefined and, most importantly, an all-encompassing, fresh narrative needs to be scripted in light of the new emerging realities and changing paradigms in external and internal stability and sustainability, with economics and connectivity being the driving forces.

In our decaying and highly centralised political setup, the administration and the entire wealth of the country are controlled exclusively by five persons: the Prime Minister of Pakistan and the four provincial Chief Ministers. They are the only custodians of the entire country’s power structure and money, with no delegation of any administrative or financial powers to the districts, cities, towns and union councils of Pakistan. This blatantly over-centralised system of management has, without any doubt, accentuated the feeling of deprivation, and taken away the sense of ownership and participation from the cities and towns, where the revenue and growth engines of the national economy are located. It has compromised the rights of citizenship. In such a degenerate democracy, it is only to be expected that corrupt political mafias will run a country of 220 million people like a cartel, with an autocratic, over-centralised style of management.

Our problems have multiplied, become humongous — grown from a small sore to a cancer. We have around 25 million kids of school-going age who are out of schools; 43 percent of our population faces stunting problems due to lack of food and clean drinking water; our criminal justice system is rotten to the core, so much so that a common citizen is denied justice; our government-run health facilities are abysmal; and most households even lack basic necessities like water, a proper sewerage system, a solid waste disposal system, electricity and gas; proper roads, transport, recreational facilities and community policing are negligible. All of the above-mentioned issues can never be resolved unless there is DEVOLUTION OF POWER from the provinces to the districts, cities, towns and union council administrations.

The 18th Amendment was a good step towards decentralisation and devolution. A substantial number of powers and authority were devolved from the centre to the provinces. Those powers were supposed to be further devolved to the districts, cities, towns and union councils of every province, but due to the dictatorial mindset of our so-called democratic political governments, devolution from the provinces to the grassroots level did not take place; instead all the powers were parked at the CM house, under the cover of provincial autonomy The Chief Minister (CM) of the province became all-powerful and he did not delegate power to the different tiers of the province. There is total disenfranchisement due to a highly over-centralised form of governance by all the provincial governments. People have yet to see the fruits of the 18th Amendment in Pakistan.

Distribution of funds through the National Finance Commission Award (NFC) from the federal to the provincial governments is just one step towards devolution.

This half-hearted devolution needs to be completed and all the provincial districts, cities, villages, towns and union councils must be given their due powers. This move will enhance the standard of living of the common citizens of Pakistan; leakages in public money spending will be controlled and minimised, and public representatives will be made more accountable at the grassroots level.

Distribution of funds through the National Finance Commission Award (NFC) from the federal to the provincial governments is just one step towards devolution. These funds should further be distributed through the Provincial Finance Commission Award (PFC) from the province to all the district governments of that province, but this is not happening. Huge financial powers have been given to the CM of the province with no compulsion whatsoever on him to distribute this money further down the administrative unit chain. We need to fix this and base the PFC award on a formula that is similar to the NFC Award.

And finally, there are complaints regarding the census results from different parts of Pakistan. Take Karachi, for instance. There is a consensus among all stakeholders that the census results of this city are not accurate. The PPP Chairman, Asif Zardari has repeatedly said, on record, that Karachi’s population is more than 30 million. The honourable Chief justice of the Supreme Court has publicly stated that Karachi’s population is 35 million. However, according to the government’s official record, it is still 16 million, based on the current census report.

But according to my estimates, Karachi’s population is more than 25 million people, not 16 million. We have to revisit the census process in all the mega cities of Pakistan, particularly Karachi.

Besides resolving the all-too critical issues of Devolution, Census & PFC, at the end of the day, it is imperative that we have highly empowered Local Governments all over Pakistan, with proper constitutional protection, and introduce the long overdue Electoral Reforms. 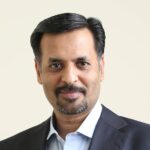