A Cauldron Difficult to Extinguish

Do you hear the tumult of death afar,
The call midst the fire-floods and poisonous clouds?
The Captain’s call to the steersman to turn the ship to an unnamed shore,
For that time is over – the stagnant time in the port
Where the same old merchandise is bought and sold in an endless round,
Where dead things drift in the exhaustion and emptiness of truth.

The rich baritone of Leonard Cohen or the ceaseless melody of Lata – in their distinct styles, they reflect a fusion of varying, often contrasting emotions seeking serenity. But, as much as one may try, it is not always within an individual’s reach. Instead, the dread of “exhaustion and emptiness” may become a permanent feature.

But there are moments when that thought recedes to the background and its place is taken by acts oozing with heroic passion and indomitable courage. We are fortunate to be witnessing such a moment during our lifetimes – a moment that may transform the fate of our country by freeing it of the shackles of slavery and subservience it has been trapped in for decades and transiting it to attain its foundational charter: “We are starting in the days where there is no discrimination, no distinction between one community and another, no discrimination between one caste or creed and another. We are starting with this fundamental principle: that we are all citizens, and equal citizens, of one State” (Quaid-e-Azam, August 11, 1947). These vibrant voices demanding freedom and justice are resonating across the towns and villages of the country and their sound is gradually rising to a crescendo with the passing of each day. 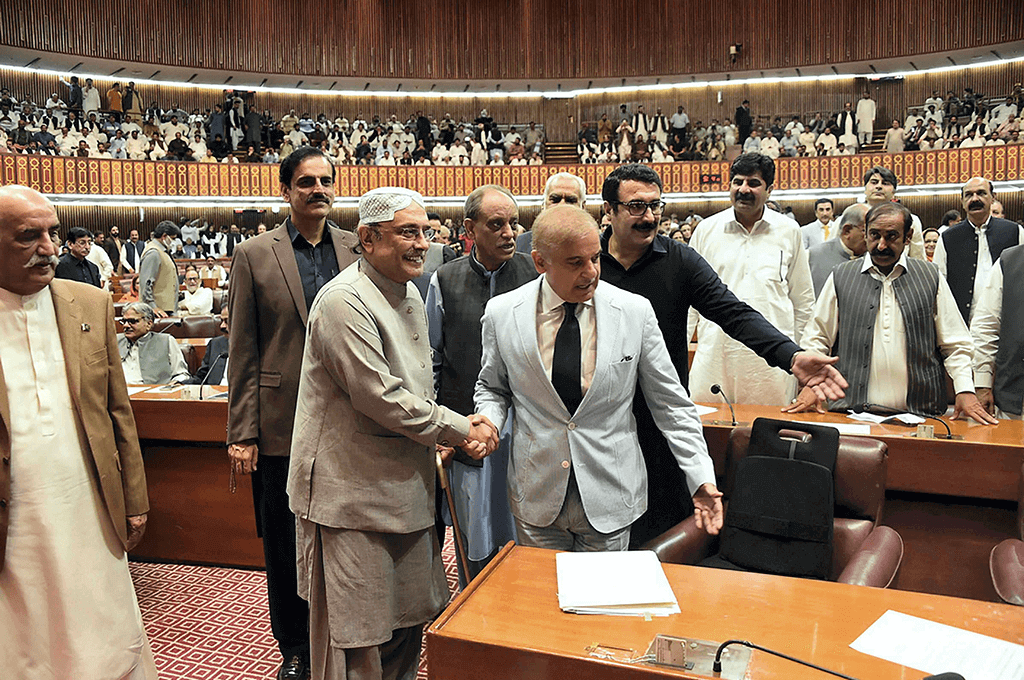 It all started with the coming to power of Imran Khan who promised to bring a meaningful change in the lives of the ordinary, impoverished and destitute communities of the country by holding every individual to account for their deeds, more so those who have been in positions of power in the recent to distant past. It is only when he launched an earnest endeavour in pursuit of his goals that he realised that the tentacles of the traditional mafias were deeply dug in and the entire expanse of the governance structure pandered to their wishes even when they were out of power. The seeds of this systemic criminalisation stretched back to times when they first assumed the mantle of power and started embedding it in the clutches of their lust and deceit and coercing and coaxing the institutions to remain subservient to their interests rather than the interests of the state and its entire people. This emerged as the dominating creed over decades of misrule encompassing both the despotic and the so-called democratic dispensations.

As a consequence, the society was effectively divided into two sections: one comprised the ruling elite and the coterie of their cronies and associates who had control over all levers of power which they exploited to their sole advantage, and the other section comprised the deprived communities who found it hard to have even two meals in a day, whose children could not afford education, who died without access to any health facilities and provision of justice was only a dream in their lives. Worse still, over years, the gap separating these two communities has continued to widen, thus taking the latter farther from any prospect that they may have continued to harbour for things to improve in their lives. Inequality and inequity thus became permanent features impacting their existence strewn with despair and misery.

In giving permanence to guarding the criminal rulers’ interests, state institutions were corrupted to a point of dysfunction. They were effectively instructed in facilitating a ceaseless spree of loot and plunder. In the process, the state was rendered poorer while the personal accounts of the bandit clan kept swelling with pelf. Instead of putting an end to this remorseless binge, each succeeding government invented new methods for making the act of plunder more sophisticated and more ingenious to transport it past the fear of being busted. There came a stage when this went beyond the pale of just individuals. The entire institutional framework of the country was rendered complicit in this sinister undertaking. Pakistan virtually became a mafia land that surrendered before the interests and whims of its dons. 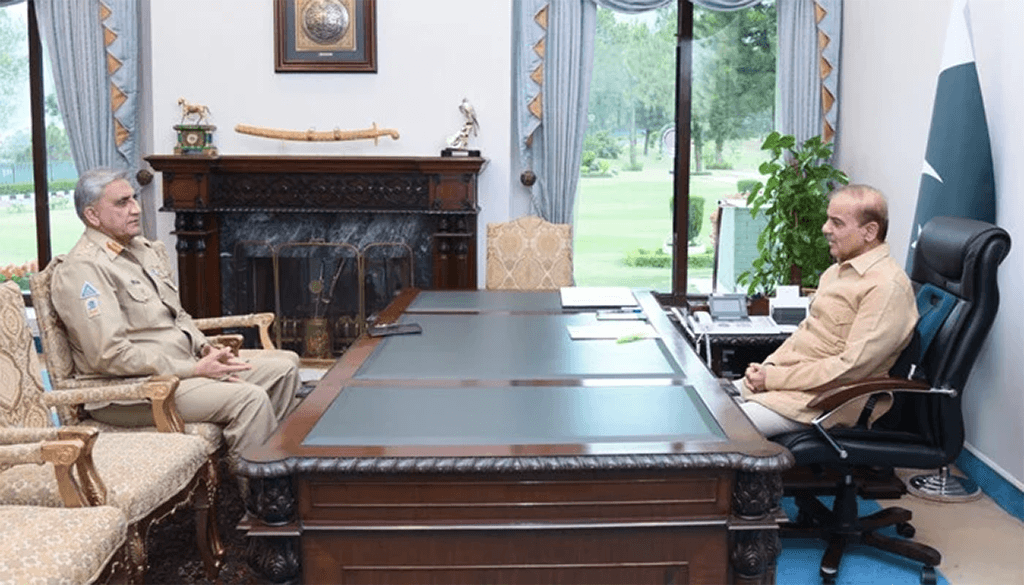 As a consequence of a foreign-inspired and funded conspiracy to oust Imran Khan from power, the country has since been handed over to a bunch of certified criminals to compromise its core interests internally and externally by swearing allegiance to their masters who facilitated their induction into power. It has been rendered subservient to the machinations of a few individuals who remain wedded to advancing the interests of the corrupt ruling elite in preference to those of the state. Its courts have been compromised before the pressure of the orchestrators of this conspiracy to always find ways to extend the lease of survival of the criminals saddled in power so that they could continue mutilating its character and ethos. In doing so, the judiciary has learnt the art of opening shop at midnight and transgressing into a domain that, constitutionally, belonged exclusively to the parliament, thus damaging the fundamental concept of trichotomy of powers. This coterie of criminals has proceeded swiftly to incorporate person-specific amendments in laws and regulations that would render their conviction in myriad crimes they have committed virtually impossible. The country has also been handed over to the charge of those soul-sellers who have been bought in exchange for hefty sums of money to be hauled as animals and vote for those who invested in purchasing their conscience. Pakistan has been turned into a country where crime and corruption will, henceforth, be celebrated as national traits. 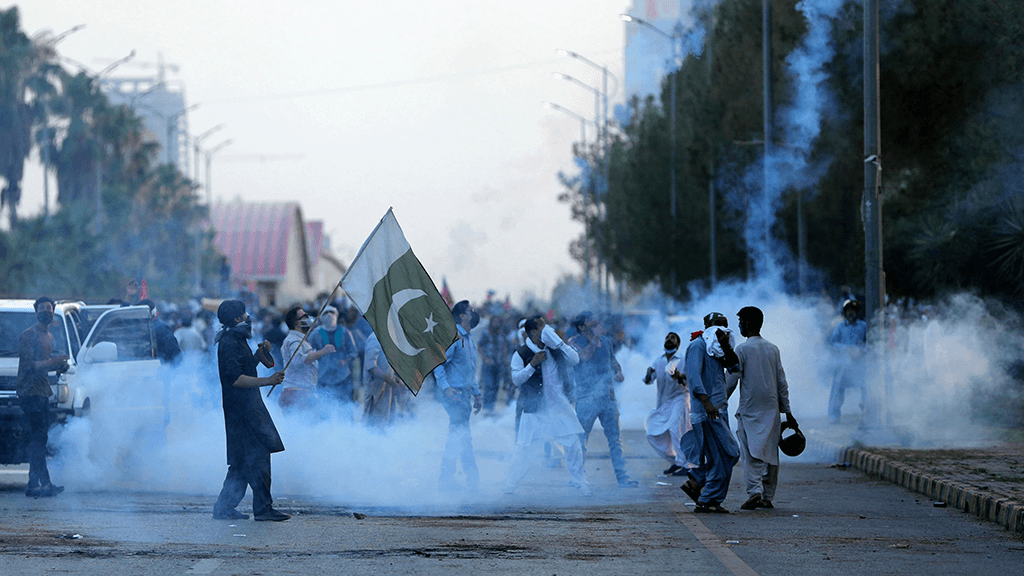 The shame list is endless. There is more of this which will take reams of paper to tabulate. It is such a sad state which apparently adrifts an irreversible wave. That is what makes the task of extricating it from this mess so monumental – a task which, nevertheless, has to be undertaken. Given the sordid role which state institutions have played in this enactment, the remedial task may have to be undertaken by the people who are already demonstrating their resolve to do so. And this is where the perpetrators of this regime-change conspiracy may have gravely miscalculated the ground realities.

They thought that, because of a number of reasons encompassing the consequences of Covid-19 pandemic and its affiliated factors, Imran Khan was a bruised force and could be easily handled after being ousted from power in an unconstitutional and undemocratic manner and bringing in a compromised bunch of convicts, alleged-criminals and absconders to lead the country back in line with its policy of subservience before its traditional masters. That is where they went abysmally wrong. Khan’s ouster was received with a spontaneous upsurge of support right across the national spectrum, defying differences and divisions. He held protest rallies in every part of the country which were attended by an unprecedented number of people charged with boundless passion and verve. When he called for a long march, the criminal state apparatus, fully supported by the rangers, first blocked the roads leading to the capital and then unleashed a draconian and barbaric assault on innocent people – men, women and children – who dared step out to demonstrate their support for Khan. 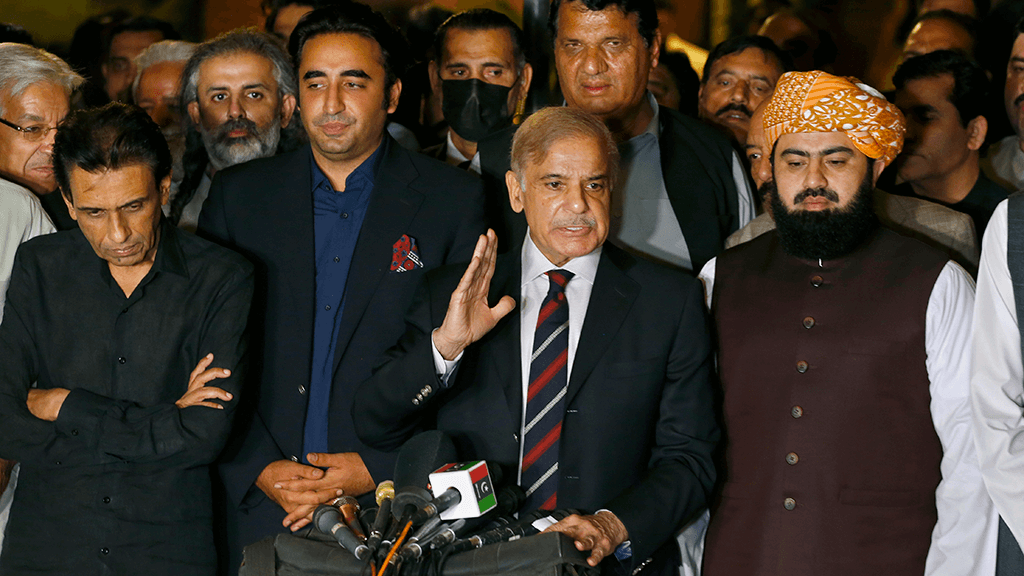 While a criminal coterie has been artificially inducted to rule the country to attain pre-orchestrated objectives, the only leader who commands the hearts and minds of the people is demanding free and fair elections to install a democratic government that would reflect the genuine aspirations of the people who have ceaselessly dreamt of their days of equity, equality and justice. The master-minds of this regime-change conspiracy don’t even have the courage to take ownership of their project as more people keep surging onto roads to demonstrate their unbreakable resolve that they want their freedom and their dignity back and living with the incumbent criminal coterie is not an option. For the first time in the history of this country, these protests have also been joined in by ex-servicemen who have rejected the incumbent criminals as also the grisly manner in which they have been inducted into power to further subordinate the country to the will of the foreign masters.

The state may have used the entire repertoire of its undemocratic and despotic powers to deal with the protests, but a crude exhibition of the brutal state power cannot control the increasing surge of support for Khan. The only viable and sustainable way out of the deepening crisis and address the increasing levels of frustration within the society is by announcing elections and making sure that there is no interference in their conduct from the outside, particularly from the patrons of the incumbent criminal concoction. It should also send a message to the orchestrators that an effort to plunge the country into the dark of yesteryears is no longer a ponderable option. People are much too aware and much too charged to take any of these contraptions lying down. There will be resistance which would be impossible to fight, much less quell.

Already there is widespread unrest brewing which should not be taken lightly as defying a charged expression of the will of the people is not an advisable course. It can further inflame the passions and incense the resolve to resist. The criminal ruling gang and its patrons only have days to take key decisions which will charter the course for the future. Any unnecessary delay may ignite a simmering cauldron which may then be difficult to extinguish.

Previous articleBack to Reality
Next articleWill the changes in NAB laws benefit the corrupt?
Raoof Hasanhttp://narratives.com.pk
The writer is a former Special Assistant to the Prime Minister on Information.

The Greats & Their Legacy

The evolving of journalism