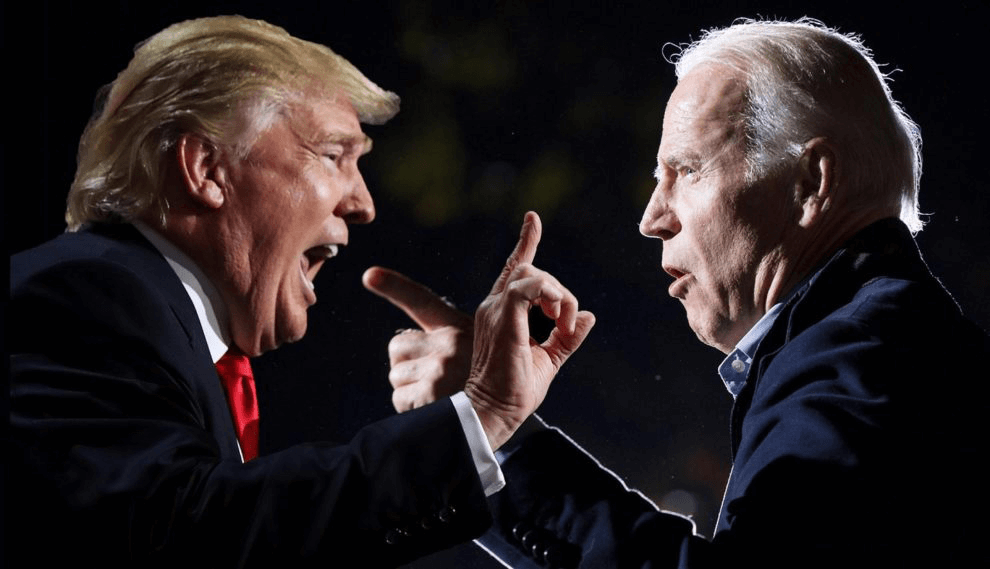 Democratic candidate Joe Biden may have won the toxic, divisive and nail-biting presidential race to the White House, but these elections have manifested that Donald Trump and his style of racist, chauvinistic and narrow-minded politics is not a mere aberration in US politics, but a deep-rooted reality that will remain a destabilising factor in the United States in the years and decades to come.

Trump was just a step away from winning his second presidential stint. He lost these elections only by a yard or two, securing 47.7 percent of the total vote cast as compared to the 50.6 percent bagged by Biden. Almost half the American people stood by him — many of them fanatically. And what do these Americans and their leader Trump stand for? What politics, ideology and values do they represent?

These are important questions as a deeply divided and polarised America struggles to find its feet in the post-election days under the leadership of 77-year-old Biden — the best 21st century America could offer in a rapidly changing world.

Many Americans and their well-wishers pretend that Donald Trump was an aberration, and the 2020 election will set the record straight — liberal democracy will triumph. As if America’s most profound problems are amenable to a swift resolution just by a Democratic President taking the reins.

Americans thought separating children from their families at the border and losing 500 kids was an unparalleled offense against the values of American democracy. They thought that the constant insult of immigrants and Muslims, the vulgar tweets, xenophobia, the lying, and tacit support for Caucasian extremists’ was merely the crazy talk of an angry old man.

But Trump’s transgressions are not a novel assault on American democracy; instead, they are a stark recapitulation of past failures and catastrophes. It was not just Trump and Biden who were on the ballot. Weren’t decency, honesty, truth, trust and egalitarian and democratic principles also on the ballot?

Going by the number of people who voted for Trump, does it show that America is half-decent, half-truthful, half-trustworthy and half xenophobic?

How could this have happened again? How could Trump, the racist narrow-minded billionaire, seize the world’s mightiest country’s imagination — or at least half of it — and lead it to a path which turned the United States away from multilateralism, and globalisation — its once cherished goals.

The truth is, Trump is not a deviation from the norm, but a culmination. He banned Muslims as did 19th century American politicians who banned Italians, the Chinese, Jews, Greeks, Poles, and Irish. He encouraged the police to brutalise people, as they have since the invention of the slave patrol. He lied to Americans as if they were the indigenous people betrayed by pilgrims seeking simple religious freedom. Under President Obama, the Republican-Wall Street alliance allowed anti-tax zealots to fan the flames of racism, conspiracy, and violence and then elevated the least significant president just in time for the terrible, populace-decimating pandemic.

A better leader could have wielded power in the world’s greatest, most complicated, expensive, corrupt, racist nation with an untrustworthy healthcare system. S/he could have normalised safety precautions and mask-wearing to a nation full of anti-vaxxers who think shots are full of microscopic 5G Jewish cell phones.

So how could the Republicans, the party of Lincoln, let Trump happen? It’s as if they had suddenly become a party of aggrieved white people on a suicide mission for tax cuts and demographic supremacy for as long as their judicial appointees’ careers lasted.

Why didn’t elected Democrats fight Trump with the same relentlessness with which they sold out workers, built jails, abandoned public healthcare, and bailed out banks?

It remains to be seen what happens to the country now unable to ignore the fast hardening varicose veins bulging from its aged institutions. One can hope that Joe Biden can more smoothly manage America’s decline into a neo-feudalism cage- scape of trillionaire surveillance tycoons and their hired goon bots and legions of gig-juggling peasants living even further under the poverty line.