The Road to Survival

Microbes and viruses have shaped the lives we live today. There is not a time when our immune systems are not fending off microbial insult(s). The constant battle between Mankind and our ‘invisible attackers’ has led to debates and theories for centuries, starting as early as 1025 AD with Ibn Sina.

It’s due to nature’s marvellous gift of immunity that an individual, a community or even the entire geographical region, evades regular threats posed by microbiota around and within us. While working silently but constantly, these biological defence mechanisms are remarkably adaptable in recognising the invader and confer lifelong immunity against them. Balanced diets and lifestyles are probably the most practical means to keep immune systems healthier.

Historic outbreaks have taught mankind to stay abreast with biological mechanisms underlying human immune systems, to combat the ever-changing potential of harm posed by microbes. Public health practices of today owe their emergence to such outbreaks such as the London Cholera outbreak of 1848-49, which the “Father of Epidemiology,” John Snow, documented. Public Health guidelines and practices continue to evolve to maintain the interactive equilibrium between humans, the causative agent(s), and the environment. 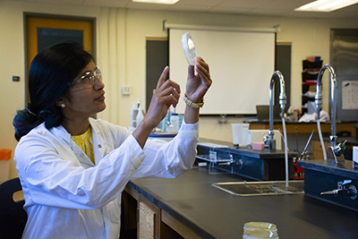 The ongoing SARS-COV-II (COVID-19) pandemic has catalysed fusion of what is currently known to what might be in scientific terms. The pandemic has galvanised medical researchers, scientists, and administrators to collectively test ideas. From off-label drugs to vaccines, a plethora of research activity has been documented on clinical trial registries in the last one year. The traditional linear chronology of new drug/biologic product development has run a different course this time with each trial phase running in parallel. The orthodox expectations of vaccine production would be anywhere from 5-18 years and cost $200-$500 million to develop. Correspondingly, a record number of Emergency Use Authorisations (EUA) have been issued. Thus COVID-19 might end up shaping the manner and time it takes to develop new drugs and biologics. This new global understanding of a need for change was highlighted in the WHO’s Global Research Roadmap 2020 as “a moral obligation to learn as much as possible, as quickly as possible.”

Successful understanding of immune mechanisms has led to the concept of vaccine — introducing potentially harmful microbes (wholly or in part) within the human body to develop a lifelong immune response. Edward Jenner is considered the founder of vaccinology when in 1796 he inoculated a 13-year-old-boy with vaccinia virus (cowpox), and demonstrated immunity to smallpox. Although the Smallpox vaccine was undoubtedly a turning point in human history, Eastern cultures in India and China had been practicing a form of inoculation with a method that involved grinding up smallpox scabs and blowing the matter into the nostrils since as early as 200 BCE.

Successful implementation of modern day vaccination has saved countless lives over the last two centuries. In 1951, Max Theiler received the Nobel Prize for his discovery of an effective vaccine against Yellow Fever. He joined a historic fraternity of other groundbreaking vaccine scientists such as Jonas Salk for Polio and Albert Calmette and Camille Guérin for Tuberculosis. From high-tech labs mostly in the industrialised world, research is being constantly translated into injectable compounds that find their way into communities across the globe through complex financing mechanisms and efficient supply chains. Traditionally, a whole microbe that has been weakened in the laboratory is introduced in the body to elicit a defensive response. These are referred to as live-attenuated vaccines with MMR (Measles, Mumps, Rubella) as an example. Compare live attenuated to inactivated vaccines like inactivated polio vaccine (IPV) where a virus incapable of replication is injected.  Acellular or recombinant protein-based vaccines use only a viral protein to be introduced in the body through a harmless vector —spike protein in the case of corona virus — to develop effective antibody response through disrupting the mechanism of viral action by denying it attachment to healthy cells. The ongoing pandemic has opened a relatively new frontier of vaccines based on messenger RNA (mRNA).

mRNA platforms are often considered superior in terms of their apparently simpler mechanism. So far used against diseases such as cancer, they simply aim to teach the body the making of antigenic protein to develop antibodies against it, while self-destroying the initial (mRNA) code along the way. mRNA vaccines had previously not been approved for general use in people. They are now being administered under EUAs in different countries, although comprehensive data based on large-scale clinical trials is still awaited. Ultimately, this new biotechnology promises benefits in not only COVID-19 related vaccines but all past and future vaccines as a sort of “plug and play” approach. The technology is sophisticated and could offer a new way of developing vaccines, besides promoting precision medicine further. The challenge, however, lies in making this cutting-edge technology more accessible and equitable. As exciting as many new discoveries in the fight against the global pandemic may be, the ultimate goal of sustainable solutions for the greatest global good needs to be seen as the gold standard for care for all. 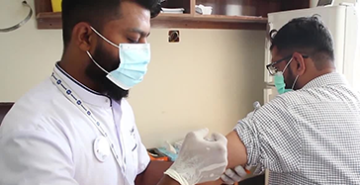 Unlike before, medical fraternities in low-and-middle-income countries (LMICs) have also contributed to large-scale vaccine trials. Biologic products from Chinese laboratories have found unprecedented interest in LMICs that have historically remained out of Western countries’ pharmaceutical sphere. For the first time, Pakistan recruited a total of 18,000 volunteers for the CanSino BIO vaccine candidate from the Beijing Institute of Biotechnology. A total of five reputed institutions participated nationwide with the National Institute of Health Islamabad as the national Principal Investigator. University of Health Sciences Lahore, the only public-sector recruiting site, and Shifa International Hospital Islamabad, both ended up recruiting over 5000 volunteers each. This represents a breath of fresh air in a gloomy past year. The opportunity could open up markets and avenues that have remained elusive so far. Another vaccine candidate, ZF-2001, was also recently approved for testing across 10 centres in Pakistan, under the framework of Good Clinical Practices. A future where LMICs can participate and eventually lay their own groundwork for cutting edge research will close the gap in experience between them and often hegemonic Western institutions.

Invisible microbes, both new and old, challenge our way of life from time to time. The unifying of professionals and communities during COVID-19 might provide a silver lining. A change in attitudes in the medical research community has led to a future based on collaboration, not competition. One can expect it to save more lives and reduce health disparities as new and more infectious agents inevitably emerge in future. The collective human spirit is now stronger than ever. Our curiosity thrusts us into innovation, built on the basic human desire to survive.

Your Life and Health