Today’s so-called insurrection in Balochistan bears no resemblance to the ’70s insurgency. That movement was indigenous and attracted a large number of followers who had no funds, but they were armed with idealism and a few rifles. Today’s rebellion has only a handful of recruits, numbering less than 3,000, who are fully funded and armed by foreign powers,” remarked Senator Hasil Bizenjo, president of the National Party of Pakistan (NPP), in one of my last conversations with him before he died of lung cancer in a Karachi hospital on August 20 this year.

I had known Hasil since the early 1980s when, as a strapping young man, he joined the Department of Philosophy at Karachi University. Son of Mir Ghaus Baksh Bizenjo (popularly known as Baba-e-Balochistan), he entered student politics from the platform of the Baloch Students Organisation (BSO). We worked alongside other student activists against the Islami Jamiat-e-Talaba, and when the 1983 MRD movement was launched we struggled together against the Martial Law regime of Zia-ul-Haq.

Born in 1958 in Nal in Khuzdar a remote village of Balochistan, Hasil had seen the world and experienced politics at all levels. A former MNA, and a Senator since 2009, Bizenjo also served briefly as Federal Minister of Martime Afairs in Khaqan Abbasi’s tenure. He grew up in the formidable shadow of his iconic father, Mir Ghaus Baksh Bizenjo. His elder brother Bizen also served as a Senator.

I met Hasil off and on to solicit his views on the burning issues of the day.

Over the years, I saw him grow from a die-hard optimist to a pessimist.

He was perturbed by the recent attack on the Pakistan Stock Exchange building and the bomb attacks in Balochistan.

He lamented the fact that we had not learnt any lessons from history, and that the political polarisation within the country and between the provinces had gone from bad to worse.

However, he still retained a glimmer of hope in the youth of the country, who were growing up in a new world of instant connectivity and communication.

In the dark, barren days of politics, Hasil Bizenjo stood out as a principled and courageous leader — a beacon of hope…

What, in your view, was the motive behind the recent attack on the Pakistan Stock Exchange (PSX) and the resurgence of terrorist activities in Balochistan. Does this pose a danger to the unity of the federation in the future?

The present insurgency has no connection — or any ideological moorings — whatsoever with the insurrection that took place in the 1970s, when Bhutto dismissed the provincial governments of Balochistan and the then NWFP (present-day Khyber Pakthunkhwa). That movement was for the restoration of the two provincial governments. 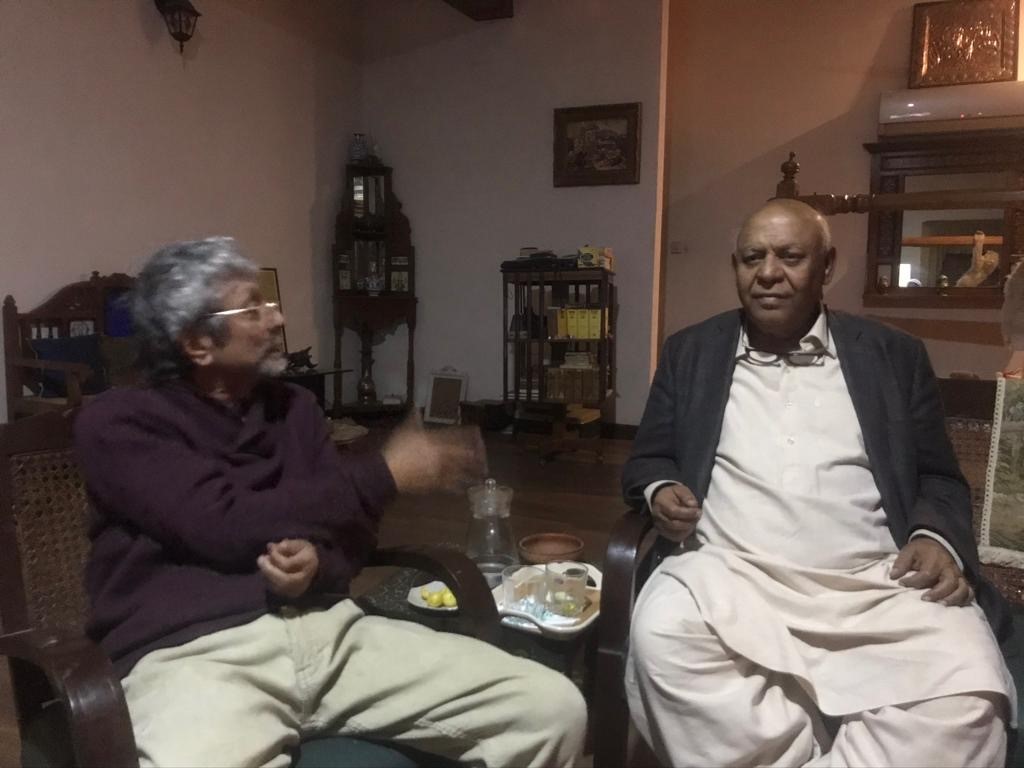 Please allow me to go back a little in history so that the readers may have a full understanding of the Baloch problem. Khair Baksh Marri was always of the view that the problem could not be resolved within the confines of Pakistan and advocated an independent Balochistan. He went into exile in Kabul when the Marxist forces, backed by the Soviet Union, assumed power. Subsequently, when the Leftist government was ousted, we went to Kabul after consulting with the establishment and escorted Khair Baksh Marri back to Pakistan, where he had full freedom to express his political views. The situation was normalising and peace was returning, but the assassination of Nawab Akbar Bugti overturned everything. Had Bugti not been assassinated, the situation might have been different today.

After the Bugti incident, within a period of three to four years, we started witnessing a growing Indian influence in Balochistan.

Regarding the second part of your question, the present insurgency does not pose any danger to the federation of Pakistan as this is a very low grade insurgency. The insurgents have lost a lot of popular support in the last five years.

There was a time when women would take out processions and large public meetings were held in their support, which is not happening anymore. 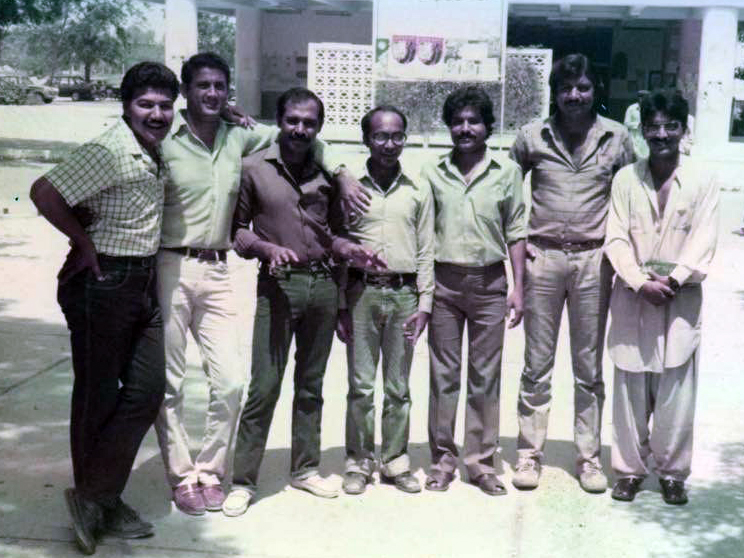 The insurgents first lost their support in the cities, and later in the rural areas and the mountains; now they are restricted only to the border areas. The recent attacks on the Chinese Counsulate and the PSX in Karachi, and the spate of bombings in Balochistan are attempts by these insurgents to stay relevant in today’s politics, as they have lost their clout. They are trying to create their own nuisance value by indulging in such acts.

Can you give us a rough estimate of the strength of these insurgents?

They enjoy different strengths in different regions. For instance, in Makran they might number around 1500-1600, whereas in central Balochistan they have no presence. In the Bolan area there are roughly 500-800 people, but they have a minimal presence in the Marri area. Thus, I do not perceive them as a major threat.

Can you draw any parallels between the movement of the 1970s and today’s insurgency?

The ’70s movement was a totally indigenous political movement led by prominent political personalities under the umbrella of the National Awami Party, whereas the present-day insurgents have no political party. In fact, they are killing those workers and leaders of political parties in Balochistan who disagree with them.

In recent days, we have seen differences cropping up among them as well. In fact one of their leaders, Humble Baluch, stated that Baloch leaders in Pakistan should also be consulted. I believe that as time goes by, their frustrations will increase.

These forces have also targeted my party (NPP) and have killed 10-12 leaders and 40-50 workers so far. Additionally, they have killed members of other political parties.

Their major difference with us is that we support the federation of Pakistan and they are opposed to it. Our stand is that we will live and struggle in Pakistan for the rights of the Baloch people, while staying within the constitutional limits.

Whenever we try to participate in any political activity, the insurgents try to stop us by force, going to the extent of killing us. Even a person like me cannot tour Balochistan, without armed guards.

In the 1973 movement, no political leaders were targeted, and there were no killings of civilians either, whereas now thousands of civilians have been killed, including the Punjabi-speaking in Quetta among others. There have been forced migrations of the Baloch, Pashtuns and Punjabis.

In the recent past, there were reports that efforts were being made to bring the insurgents into mainstream politics.

Yes, efforts were made on behalf of the National Party when Dr Abdul Malik was the Chief Minister of Balochistan. We had spoken to the then Prime Minister, Nawaz Sharif, and the Chief of Army Staff (COAS), Raheel Sharif, after approaching Brahamdagh Bugti, their leader-in-exile in London. The prime minister and the COAS were keenly interested in starting negotiations with them. In fact, General Raheel Sharif was in such a hurry that he asked me and Dr Malik to go to London the very next day. In our discussions with Brahamdagh in London, it was agreed that he would return and start negotiations. Unfortunately Dr Malik’s two-and-a half-year tenure as chief minister ended soon after. The new chief minister did not continue the process and the initiative was lost.

Can the whole process be restarted?

Yes, if people who are genuinely interested restart the whole process. Akbar Bugti’s followers were never anti-Pakistan or anti-establishment; it was only because of the assassination of their chief, that they took to the mountains and became insurgents.

One of the major factors that has led to the insurgents taking up arms is the lack of development in the province and the widespread poverty and illiteracy. What can be done to mitigate this situation?

The money that is allocated to Balochistan in the budget is not sufficient to develop such a huge land mass. Now we are talking about building Special Economic Zones in the province, but these will not be beneficial as we do not have locally trained and educated Baloch to work in them.

Balochistan was given massive funding by both the Musharraf and the PPP regimes. Whatever happened to those funds?

They never reached the people and the projects they were earmarked for. They were used by the corrupt to line their pockets and take the money out of the country.

Do you have a long-term democratic solution for the province?

We need to have clean, non-manipulated elections, in which people can vote for their chosen representatives. Manipulation apart, the Sardari system has been replaced by money. Each individual vote is bought for Rs 5,000. So, people like me and my party members cannot afford to contest elections. Drug money is coming in and things are spinning out of control. A provincial assembly seat can be bought for Rs 45 crores.

What is your opinion of the current Chief Minister, Jam Kamal?

He is a good man with good intentions, but as the whole system has degenerated, he is constantly being blackmailed by his coalition partners, and worse still by the bureaucracy.

Pakistan’s journey of progress has resumed after PTI’s four-year halt of...