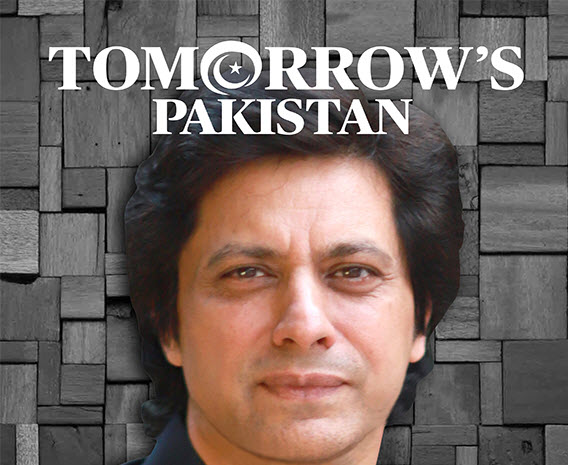 We recently celebrated our 73rd independence day, but it is clear that we have not yet arrived at our destination. So the question is, are we on the right path? By looking at our history and indicators for human development, it is clear we are not. And if we continue along the same path, we will keep getting the same results: increasing poverty, disappointing human development indices, poor infrastructure, mounting unemployment and an even greater inequality of wealth and income.

If we want to alter the trajectory of events and make our future better than our past, we will have to make some bold decisions. Nations are not built on borrowed money or borrowed ideas. They are also not built if their own people are exploited and kept subjugated. In order to envision a Pakistan that we can be proud of we will have to make some fundamental and structural changes. To begin with, we will need to focus on a few major issues: the economic, political, governance and policy systems currently in operation in the country.

In respect of the economic, the goals are to prevent a concentration of wealth, reduce inequality, provide the equitable access of all to resources, to retain state control over strategic assets and inclusive economic growth. In order to achieve these we need, with some urgency, a comprehensive land policy. Pakistan is a populous country with limited land. It is crucial that we have a land policy that takes into consideration: a) the food requirements of citizens,  b) decent housing for all,  c) the need for public spaces like parks, libraries, places of worship, sports, art and culture etc., d) an efficient and people-friendly infrastructure, e) the exploration of natural resources,  f) the building of factories and setting up of other economic and public service institutions like banks, educational institutions, hospitals, transport, post offices, etc., and g) the state’s public sector needs. Land is a strategic asset and cannot be allowed to be controlled by a few, whether urban or agricultural. 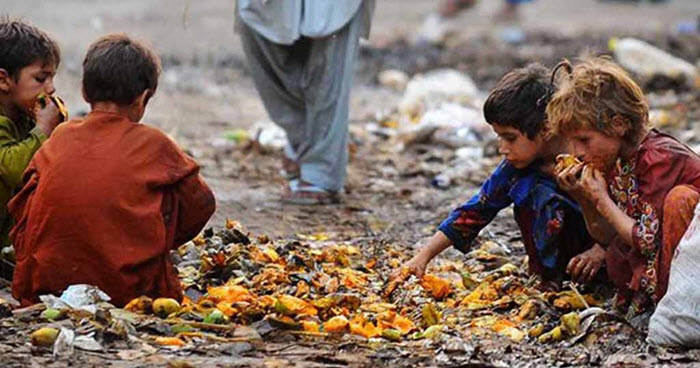 Additionally, there can be no two opinions about the fact that Pakistan needs to focus on building its industry. Currently, we are shamefully importing even simple items of daily use. Pakistan has been converted into a market for others to sell their wares and to provide cheap labour. All strategic industries should be under state control, and the state itself has to be actively involved in this process. It cannot be left at the discretion and to the advantage of national or international forces.

Taxation is unarguably a crucial vehicle for not only fulfilling a state’s obligation towards its citizens by providing social services, but also in keeping inequality under control and helping in making economic growth all-inclusive. At this time Pakistan’s tax system is complex and full of loopholes. The tax burden is borne mostly by the working and middle classes and salaried people. Agricultural income is not touched. And subsidies and amnesty schemes help the already rich. This has to change for the state to fulfil its promise of providing its citizens universal education, healthcare and other necessities for a decent living.

The monopolisation of the market is a common problem, even in developed countries where they have tried to control it by setting up and enforcing antitrust laws. In Pakistan, it is an open secret that some sectors of the economy are controlled by vested interests. Here those who make policies and are responsible for implementing them are the same who are affected by them, and in the absence of any check and balance against a conflict of interest issue, the problem continues. 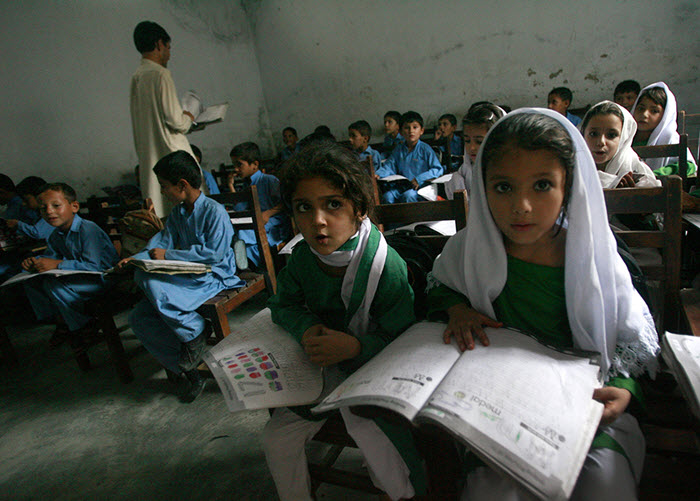 If we want to create a more egalitarian society and an even playing field for everyone, we will have to make some tough decisions against entrenched and vested powers.

Pakistan has suffered from undemocratic institutions, not only under the military, but also under civilian rule.  The essence of democracy is to allow all segments of the population to have a voice in major decisions. However, in Pakistan, parliament is dominated by a certain class that does not represent the majority of the people of the country.

As for governance, there are many definitions of it, but perhaps the one which fits our needs is this, “Good governance means that processes and institutions produce results that meet the needs of society while making the best use of resources at their disposal. The concept of efficiency in the context of good governance also covers the sustainable use of natural resources and the protection of the environment.” There is a general consensus that governance in Pakistan neither meets the needs of its citizens, nor uses the available resources efficiently. This problem is not unique to Pakistan, even developed countries suffer from inefficiencies, but far fewer than ours. Extensive research into the issue has highlighted some key problems in Pakistan that need to be addressed post-haste. These include inefficiency, the waste of resources, a lack of transparency and accountability, and the inability of citizens to access the relevant authorities, or compel the authorities to respond in a timely and appropriate manner once accessed.

To achieve these ends we will need a devolution of political and fiscal power down to the local government level.  There is general consensus that this improves transparency and accountability which positively impact efficiency and access to relevant authorities. The performance-based evaluation of relevant personnel, whether elected or in civil service, is also important. There have to be rewards for good performances and consequences for bad ones. 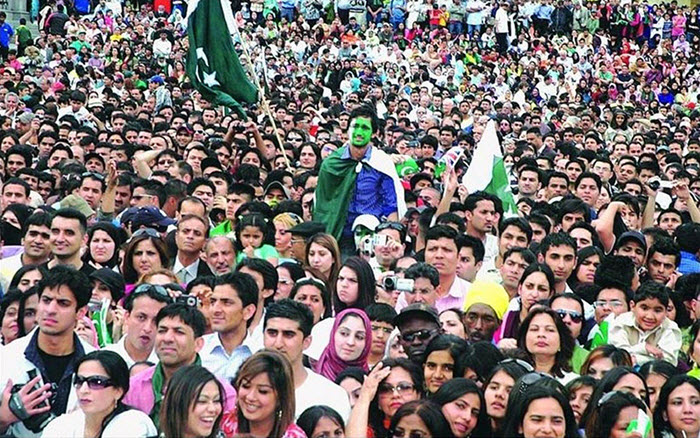 There is also a dire need for transparency. Federal, provincial and local government budgets should be made available to the public in an easy-to-understand format on government websites. People should know how their tax money is being spent. As far as the budget is concerned, there should be a movement towards a performance-based budget rather than just financial input.

Improving access to the relevant authorities when needed, and the resolution of peoples’ problems is imperative. It is a common complaint in Pakistan that people do not have access to their elected representatives or to the appointed officials. In fact, instead of acting as servants to the public, as their role demands, they behave as their superiors. This needs to be addressed. This can be accomplished by establishing websites for this purpose.

Furthermore, duplicative departments, ministries and services need to be consolidated in order to streamline service delivery and reduce waste and government expenses should be cut wherever possible. Last but certainly not least, there has to be accountability of all elected and appointed officials by the public, and in order for this to be effective, there has to be a proper structure and defined and clear mechanisms.

Pakistan needs comprehensive policies for many sectors, among these primarily perhaps, a comprehensive youth policy.  Pakistan is one of the youngest countries in the world. The so-called “youth bulge” can be an asset or a liability depending on how it is handled. There is no question that in spite of many problems and hurdles, Pakistani youth want to contribute towards making the country better. Unfortunately, no government so far has developed a comprehensive policy for this. This policy should include a plan not just for the education and employment of youth, but also a setting up of platforms to include their voice in policy decisions at various levels of the state.

There can be no argument with the fact that no nation can progress with 50 percent of its population being isolated from the political, social and economic activities of the nation. Women have to be given equal opportunities for education and financial independence, their special needs for protection, transportation and child-bearing responsibilities have to be taken into account, and they have to be provided the right to air and have their grievances addressed.

Workers are the backbone of the economy.  Without their contributions the wheels of the economy will stand still. And yet, this segment of the population has been sidelined from political discourse. Their needs must be addressed. These include the guarantee of a secure job for each, a living wage, safety in the workplace, social protection in case of disability or death, and old-age benefits.

Pakistan is still an agriculture-based country. It is mandatory that agricultural practices are modernised in order to improve yield, save water, meet the food requirements of the population and earn foreign exchange.

Also needed on a war footing is a comprehensive policy regarding the state’s natural resources. In a fair world the first right over resources is that of the local people in the area.  Not having this policy in place has caused grievances among the smaller provinces and created conflict. And finally, crucially, the state has to ensure the provision of all basic needs to each citizen — regardless of race, religion, gender, ethnicity or nationality. 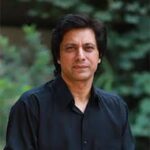 The writer is an artist turned politician who leads his own left-wing Barabari Party. He has also been an ambassador for several societal causes such as the polio-eradication drive.
View Posts
Tommorow's Pakistan Featured