The city of Karachi is the primate city and economic hub of Pakistan. It has grown from a small fishing town with a population in 1901 of 136,000, to the twelfth largest city in the world with a population of almost 15 million, according to the Population Census of 2017.

The first wave of migration into the city was at the time of the Partition from India. Between 1941 and 1961 the population nearly quintupled with a growth rate of 8 percent, making it one of the fastest growing cities in the world. Thereafter, with successive waves of migration from the then East Pakistan, Afghanistan, and the rest of the country, the population growth rate remained high at 5 percent up to 1981. But now the last Census of 2017 has revealed that the absorption limits of the city have probably been reached and the growth rate of population is down to 2.5 percent which is close to the overall population growth rate of Pakistan. Of course, this decline has been contested and claims made that the population of Karachi has been understated by 3 to 5 million.

There has also been a change in the status of Karachi. It acted as the capital of Pakistan up to 1961 when the capital was shifted to Islamabad. It continues as the capital city of the province of Sindh. The metropolitan area consists of six districts. Karachi was the only port until the construction of Port Qasim in the ‘70s. Now with Gwadar Port emerging as an alternative, there could be a significant diversion of trade away from Karachi Port.

Karachi has seen cycles of economic growth. During the decade of the ‘60s rapid industrialisation in the city saw the establishment of a large export-oriented textile sector. During the ‘70s, there was emphasis on development of infrastructure and diversification of industry. The road network was developed, especially the trunk link to the airport. The Pipri Marshalling Yard and the Pakistan Steel Mill were put into operation. Along the way the city acquired the reputation of being the ‘City of Lights.’ In some ways this was the happiest period in the lives of Karachiites.

Thereafter, the city saw the emergence of a Kalashnikov culture and the high incidence of crime. Shortages in infrastructure started to become visible, especially the paucity of water. Meanwhile, the country’s industrial location was becoming more diversified and shifting to other cities, especially in the Punjab.

The city also saw the emergence of squatter settlements, known as ‘katchi abadis.’ Vacant land was occupied by the resident population, especially the more recent migrants. Today, there are large such settlements at the periphery of the city in places like Malir, Landhi, Orangi town, and so on. Almost 30 percent of the population lives in these settlements which remain largely without municipal services.

A seldom highlighted fact is that Karachi has the lowest population to land density among the metropolitan cities in the world. It stands at 3,925 per acre of land as compared to 6,220 in Lahore and one of the highest in Dhaka at 33,878. The presence of Cantonment Areas like the Karachi and Clifton Cantonment near the port and the city centre has led to a low population density in the Central Business District, as much of the land in the Cantonment areas has been used for high-income residential development by the Defence Housing Authority. Also, a horizontal spread has been facilitated at the periphery of the city due to low land values in the absence of agriculture, unlike Lahore.

The decade of the ‘90s saw a visible slowdown in the Karachi economy like the rest of the country. This changed during the Musharraf era when the city experienced high economic growth rates of 6.5 to 7.5 percent and the unemployment rate came down to only 4 percent. Construction activity was at its peak and almost 90,000 housing units were being built annually.

From 2007-08 onwards, the city’s growth has faltered. The growth rate has come down to between 2 .5 and 3 percent and estimates are that the unemployment rate has gone up to over 8 percent. A large and growing number of ‘idle’ youth have contributed to more crime and violence. Power load-shedding was at its peak, and to top it all, there was mushroom growth in acts of terrorism. Coupled with a breakdown in infrastructure, the city was witness to perhaps the worst period in its history.

Fortunately, from 2015 onwards the Rangers have been in operation in Karachi and have made an outstanding contribution to reducing acts of terrorism and crime in the city. However, the breakdown of infrastructure and the economic downturn persist.

There are two indices which rank the metropolitan cities of the world globally. The first is the Mercer Quality of Life Index, which gives Karachi a ranking of 201 out of 231 cities. It is interesting that Lahore is ranked lower, at 207, perhaps because of the extraordinarily high level of air pollution. Among other cities of South Asia, Mumbai is ranked 154 while Dhaka is placed at 217. The other index is the Number Crime Ranking of Cities. Karachi was declared as the 6th most dangerous city in the world for crime in 2014. Fortunately, it placed 106th in 2021.

Through all the ups and downs, the city has never failed to be the ‘goose that lays golden eggs’ in terms of the tax revenue generated. Despite a population share of less than 8 percent and a share in GDP of 15 percent, the city yielded 53 percent of the national Federal Board of Revenue (FBR) tax revenues in 2018-19. The city’s tax-to-income ratio is 350 percent of the ratio for Pakistan. This is due to a relatively large formal sector and much less tax evasion.

There is a perception that this may be due to the large collection of import-related taxes from Karachi port. While this is partly the case, almost 37 percent of the national domestic tax revenues from the income tax, sales tax and excise duty revenues are collected from Karachi. Very significantly, the contribution of Karachi to FBR revenues has increased from 49 percent in 2014-15 to 53 percent in 2018-19. Given the large extent of fiscal equalisation built into the 7th National Finance Commission (NFC) award horizontal sharing formula, a large share of revenues from the city has been transferred to the relatively backward areas in the country and greatly helped in their development.

The fundamental question is how long Karachi will continue to make this contribution to national tax revenues with a dilapidated and broken-down infrastructure leading to less production. Today, the city is bedevilled by problems of shortage of bulk water supply, a lack of solid waste disposal, drainage and sewerage, a rundown road network and poor mass transit. It is close to becoming a ‘failing city.’

Fortunately, after the catastrophic rains last year, a three-year Development Plan was announced for Karachi focused on removing the infrastructural bottlenecks and shortages. The size of the Plan is Rs. 1.1 trillion, with two-thirds by the federal government and the remaining one-third by the provincial government. Given the size, it is likely to annually preempt 38 percent of the federal PSDP and 45 percent of the provincial ADP.

Unfortunately, there has been little or no progress in the implementation of the three-year Development Plan. The people of the city of Karachi cannot wait any longer. Reliance will have to be placed on local efforts to save the City. Article 140A of the Constitution of Pakistan must be honoured and the Karachi Metropolitan Corporation (KMC) made a truly empowered, independent and financially sustainable local government. The steps required include a complete transfer of the fiscal powers to KMC to collect and retain fully the revenues from the urban immovable property tax, based on a more recent valuation of rents of properties in the city. Further, the National Economic Council may allow as a special case a sizeable flotation of municipal bonds to finance development of the city. The likelihood is high that the people and the business entities of Karachi will invest in these bonds as the funds will be used to contribute to improvement in economic activity and quality of life in the city. Investors from the rest of the country should also contribute because as ‘Karachi grows, Pakistan also grows.’ 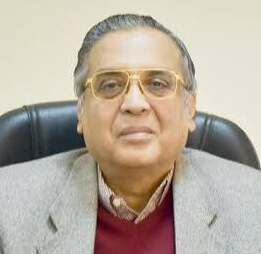