Broadsheet: A Can of Worms

Who, in Pakistan, negotiated the National Accountability Bureau (NAB)’s agreement with the London-based assets recovery firm, Broadsheet LLC and why was the contract so poorly drafted that it has come to haunt us both, legally and financially?

Were there some corrupt elements involved, who wanted to line their own pockets through a flawed document? It appears so. Unfortunately, their greed has cost the Pakistan government dearly — they have ended up paying $28.7 million (Rs. 4.5 billion) in damages. What’s worse — not a single penny of the money stolen from Pakistan was returned to the country. Instead, Pakistan ended up paying a hefty sum in contractual damages on the orders of the London High Court, in a case filed by Broadsheet, following the termination of the contract by NAB in 2003.

It is extremely difficult to reconstruct what exactly happened in the Broadsheet scandal because the text and terms of the contract and the subsequent actions are not being disclosed fully and honestly. Those responsible have never been held accountable. An honest and competent professional soldier, Lt. General (R) Syed Muhammed Amjad, was mandated by General Musharraf to form the National Accountability Bureau (NAB) in 1999 to deal with corruption and enforce anti-corruption measures. Despite the initial display of sincerity for accountability, that commitment was systematically compromised in later years by Musharraf himself, to ensure his own political survival.

As Chairman NAB, Amjad engaged two firms, Broadsheet LLC and International Asset Recovery (IAR), in 2000 to unearth the offshore assets of more than 200 Pakistanis, who were suspected of having illegally taken their ill-gotten and untaxed money out of Pakistan to acquire properties abroad, in the UK, US and elsewhere. Given our limited forensic capability and the known expertise of foreign firms engaged in tracing illegal assets and bank accounts, this seemed like a correct and legitimate undertaking at the time. Amjad’s mistake was that he trusted the likes of Farouk Adam Khan and Tariq Fawad Malik, his batchmates from Lawrence College, who subsequently betrayed him. The duo first got rid of someone who they saw as an impediment to their grand design: Maj. General Inayat ullah Khan Niazi, an honest professional soldier, who was Deputy Chairman, NAB. After Niazi’s departure from NAB, they ran riot with NAB’s plea bargain clause in order to line their own pockets. According to Amjad, what do you expect from the Broadsheet agreement when NAB prosecutor-general Farouk Adam’s son, Omar Farouk Adam, secretly worked for Broadsheet’s associate company? (Incidentally, Omar a lawyer by profession, says he only interned with the Broadsheet-linked Orchard Solicitors to gain work experience.) Unfortunately, Amjad discovered their perfidy too late. Interestingly, in his first affidavit to the court in 2010, Farouk had alleged that Sharif and his colleagues had amassed an estimated $1 billion in foreign accounts. But in 2015, he withdrew his allegations, stating that there was no proof of it and the figures quoted in the first affidavit were based on gossip. Why he withdrew his first affidavit remains a mystery to this day. 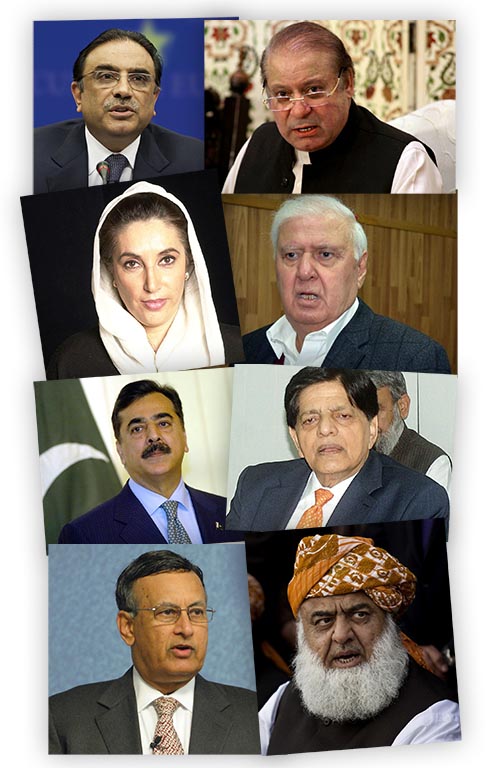 The main target of Musharraf’s action was Nawaz Sharif, his family and the billions that they had allegedly stolen over the decades. The names of Benazir Bhutto, her husband Asif Ali Zardari and PPP members were included only later in that list. The contract signed with Broadsheet stipulated that 20 percent commission on all discovered assets was to be paid to the company. To establish their political legitimacy, the Musharraf government realised that they needed the cooperation of some of the politicians and bureaucrats mentioned in the NAB list given to the contractors, Broadsheet and IAR. So the latter were instructed to remove some of the names from that list. However, striking those names off the list that had been agreed upon violated the terms of the contract and could not be done unilaterally. This proved to be problematic and led to the suspension of the contract, pending negotiations.  Finally, three years later, in 2003 NAB terminated the contract with Broadsheet and IAR, following which the two filed for damages. 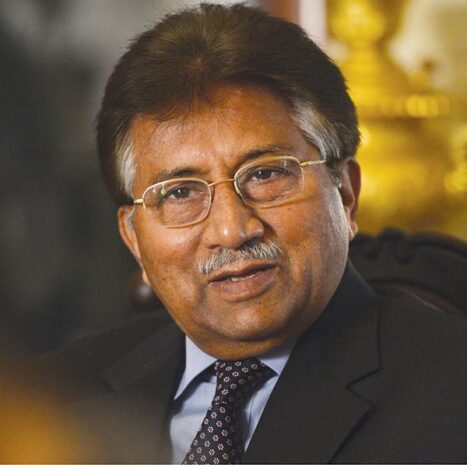 On October 5, 2007, Musharraf derailed the process of accountability by enacting the National Reconciliation Ordinance (NRO), which granted amnesty to politicians, political workers and bureaucrats, who were accused of corruption. In November 2009, the Government of Pakistan released a list of beneficiaries of the NRO on the directives of then Prime Minister, Syed Yousaf Raza Gillani. The total list comprised 8041 beneficiaries, most of whom were bureaucrats.  But it did include some high-ranking politicians, such as then President Asif Ali Zardari and Prime Minister Yousaf Raza Gillani himself, Rehman Malik, Hussain Haqqani, the Sharif family etc; some of these names figured in the Broadsheet list as well. However, on December 16, 2009, the Supreme Court of Pakistan declared the NRO unconstitutional, making it null and void. All of the 8041 persons, once again, became legally liable for their corruption.

Before their contract expired, Broadsheet and IAR were said to have detected considerable assets that some of the persons mentioned in the list owned abroad (The former NAB Chairman, Gen Amjad contests this claim). Therefore, the commission stipulated in the contract had to be paid, regardless of the NRO. The matter ended up in the UK courts by which time the Musharraf government was on its way out, and in 2008, a PPP government was installed. In an ill-advised attempt to settle the matter, the PPP made a big blunder and paid $1.5 million to a wrong company, in the name of Broadsheet. That payment certainly did not help with the pending court case. The same year, IAR was paid $2.5 million as settlement, but the Broadsheet amount remained to be settled. All arbitration proceedings regarding Broadsheet’s claims were held during the successive PPP and PML-N governments. However, it was during the rule of PML-N in 2016 that the proceedings were concluded and a verdict given. It is not surprising that this verdict was kept a secret by the Nawaz government. The court had ruled that Broadsheet had to be paid $20.5 million for the information the company had gathered about the Sharif family’s ill-gotten assets, including the Avenfield properties.

The PTI government thus inherited a right royal mess from the previous PML-N and PPP governments. Briefing the Senate members on the Broadsheet issue, Shahzad Akbar, Adviser to the Prime Minister on Accountability, said that the total liability was $20.5 million, of which $1.5 million was paid against the Avenfield properties of the Sharif family and $19 million was fixed for tracing the Sharif family’s other assets. While the total liability was $20.5 million, the government had to pay $28.7 million, the remaining amount being interest due to the pendency of the matter. The PTI government made this payment on December 31, 2020, because it had exhausted all forums for appeal and $5,000 per day had been fixed as penalty for any delay in the payment.

The Federal Cabinet has now formed an enquiry commission, headed by one of the most renowned and honest retired Justices of the Supreme Court, Justice Azmat Saeed Shaikh. The opposition is up in arms against him — and understandably so. Besides holding a thorough investigation into the Broadsheet revelation the commission has also been assigned the task of probing those cases that had been closed due to the NRO, such as the Surrey Mansion and the Hudaibiya Paper Mills cases among several others.

So should one expect some more skeletons in assorted cupboards?

There are several lessons to be learnt from the Broadsheet saga. And one critical lesson relates to the drafting and honouring of contracts. A contract is a written or an oral agreement between two or more sides to provide a certain service and receive a fee in return. A contract is sacrosanct and to keep the contract intact is the responsibility of all the signatories to it. There are penalties defined for violating the terms of a contract, which is why it is essential to read the small/fine print before a contract is signed. The carelessly defined Broadsheet agreement left a major loophole that allowed Broadsheet to claim 20 percent of all recoveries made by NAB, even within Pakistan — and even if it had played no role in facilitating it. The cost of negotiating a flawed contract and then terminating it has been borne by Pakistan; we have paid a high price on both counts.

The Broadsheet drama that has been played out mostly behind closed doors, away from the glare of the public eye, illustrates that fighting corruption and installing accountability — a task that has been one of PTI’s main goals — is a difficult undertaking and needs tough decisions. Additionally, all accountability has to be across the board — without political considerations, and without fear or favour to friends and family. Our client-patron relationship syndrome must end. Huge amounts of money, that rightfully belonged to the people of Pakistan and should have been used to fight poverty, bring the economy back on track, and educate the illiterate masses, were stolen by corrupt politicians and bureaucrats. It is only fair that legal action be taken to recover the ill-gotten assets from 8041 offenders on the NRO list (and all those who have been involved in corruption subsequently) by clamping down on all their properties within reach. The corrupt will mend their ways only when their properties are seized and they are made to pay for swindling the nation. 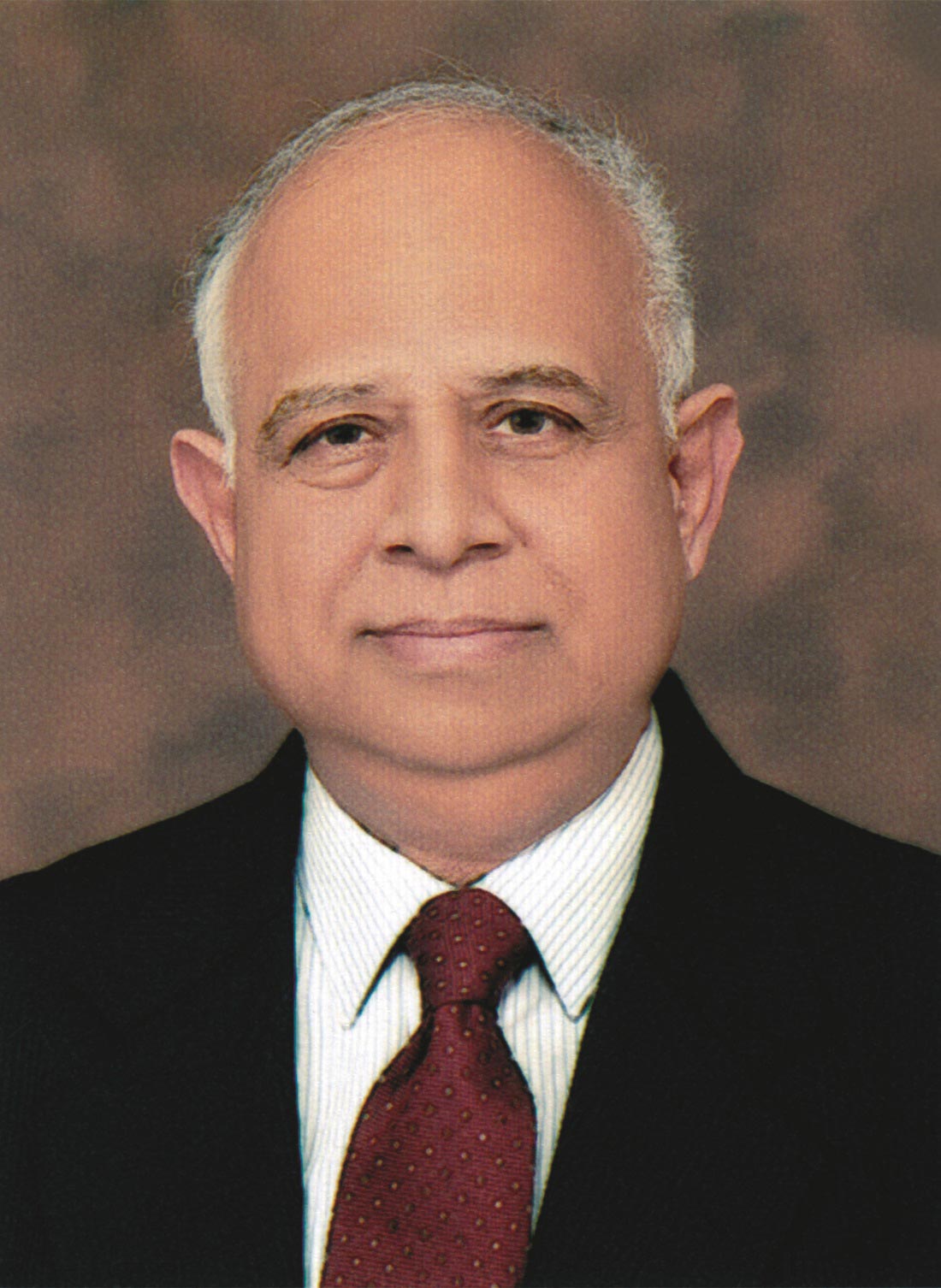