The title says it all. This gaggle of 11 opposition parties, known as the Pakistan Democratic Movement (PDM), appears to be out to destabilise Pakistan and disenchant its people with their army. Salahuddin Ayubi once said, if you want to destroy a nation, make its people lose respect for their army. The opposition believes that if the army were not there, there would be no obstacles in the way of their ascent to power and loot and plunder of the nation. 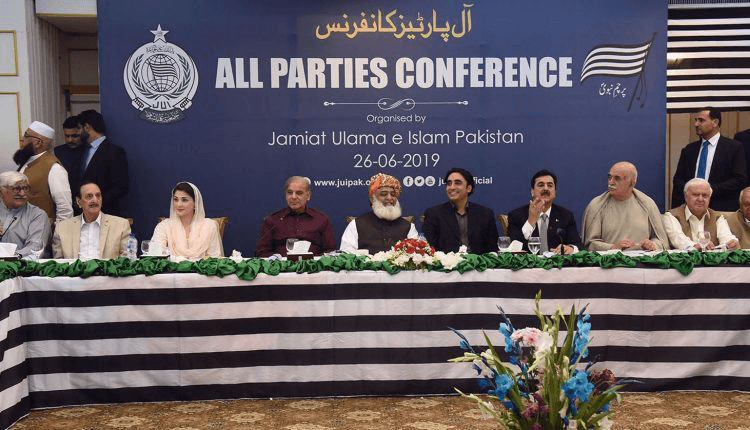 This is item number one on PDM’s agenda, which India more than any other enemy of Pakistan desires.

The PDM is squarely part of the fifth generation war that India is waging against Pakistan. It must have been music to India’s ears when at the Quetta rally, Awais Noorani of the Jamiat Ulema-e-Pakistan (JUP) raised the slogan of an independent Balochistan. (Later, in a TV chat show Noorani apologised for what he said was a “slip of the tongue.” What he wanted to say was an “independent Pakistan”).

What are the real goals of the PDM?

To get former Prime Minister Nawaz Sharif off the hook, even though he is a convict and a proven felon. He sits in London and delivers speeches against Pakistan and its army. But he has actually damaged himself by distancing himself from Pakistan’s masses. Sadly what used to be our other national party has now turned into a sub-provincial party due to its vested interests. It has joined hands with Nawaz Sharif’s daughter, to get its chief and PPP’s Asif Zardari also off the hook. Asif Zardari is playing Nawaz Sharif’s game by pretending to be unwell. He actually checked into a hospital.

Now Imran Khan is regretting the fact that he fell for the Nawaz camp’s fabricated stories that his blood platelets were falling so rapidly that he could die.

The PDM’s Quetta rally, in which slogans for an independent Balochistan were raised, was probably the breaking point for Khan. He says he will speak to British Prime Minister Boris Johnson and even fly to London to get Nawaz Sharif to return to Pakistan. The question is, why would Britain extradite Nawaz Sharif when the stolen pounds of the Sharif family are parked in their country and the Sharifs’ own properties galore in the UK? It would cause a dent in their economy and their real estate. 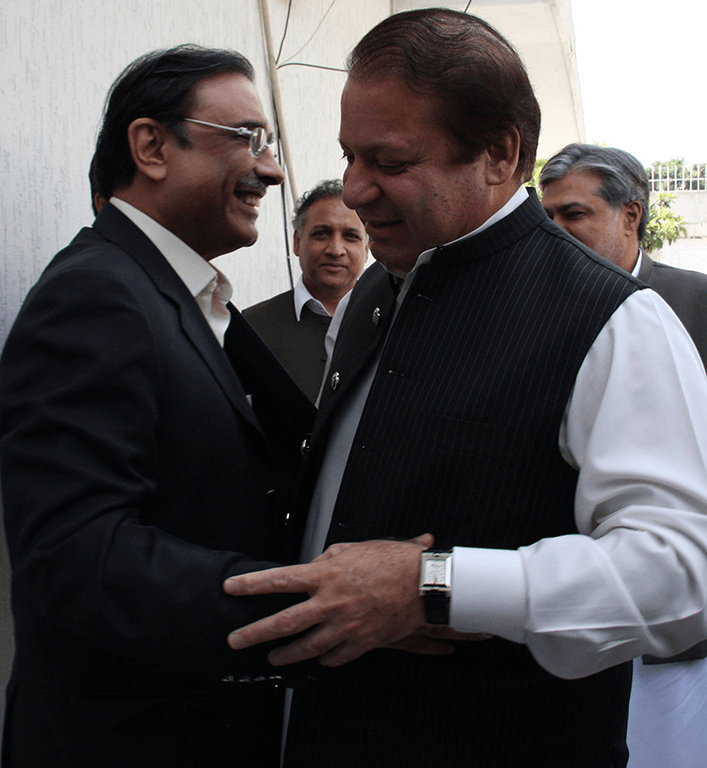 The PDM is playing into the hands of those who wish to wrench away Balochistan from Pakistan which in effect means Pakistan would lose the much maligned Gwadar Port, along with the China-Pakistan Economic Corridor. However, this is something that China will not easily countenance. Moreover, India is also China’s enemy and there is a possibility that the showdown between China and India could take place in Pakistan. Just after the Quetta rally, as if on cue, the Indian National Security Advisor, Ajit Doval, gave a statement threatening both Pakistan and China and said that India’s war against terrorism would be fought on Pakistani soil, thus raising the heat. That’s rich considering that India is one of the world’s biggest terrorist states. Ask the Kashmiris. Ask the Christians. Ask the Sikhs. And yes, ask the Untouchable Hindus. India wants to be the South Asian “cock of the walk.” It needs to do a reality check. The soldiers stationed in Kashmir are so demoralised that some have committed suicide. What’s more, China has already captured thousands of miles of territory in the disputed Ladakh region, which rightfully belongs to China. So Mr. Doval had better tune his instruments before he starts singing songs of victory against Pakistan and China.

As happens in such situations, the followers of these so-called leaders of the PDM are also pushing India’s agenda to achieve their own selfish objectives. Pakistan must be given credit for allowing these rabble-rousers to operate so freely. Some Imran supporters would like the government to stop being civil and bare their fangs. That would not be a wise move. It would make heroes of people like Captain Safdar and provide grist to the mills of Pakistan’s enemies. One should kill a fly with a swatter rather than a missile because one may end up destroying one’s own country in the process. The centre needs to think things through. They must find ways to deflate the PDM balloon, which is getting excessive media coverage. The Prime Minister should invite the heads of all TV channels, newspapers and magazines and apprise them of the game that is afoot and request them to not fall for it. He must impress upon them that by destabilising Pakistan they are serving the cause of Pakistan’s enemies. It is no coincidence that India’s diatribe against Pakistan and the PDM’s rant against Imran and his government sound very similar.

The PDM is led primarily by those politicians who are desperate to be let off the hook in the myriad corruption cases in progress against them. But Imran Khan and his government are unlikely to accede to their demands. Khan’s election slogan was, “No to corruption.” He will not let the corrupt walk away with their loot.

The PDM rally in Karachi and the episode with Nawaz Sharif’s son-in-law, Captain Safdar, was played up to the hilt by the opposition. One heard conflicting reports: this was a game played jointly by Bilawal Zardari and Maryam Nawaz. Actually, Captain Safdar and Maryam Nawaz were staying in separate rooms in the hotel. It was Maryam Nawaz who broke down the hotel door. The Inspector General of Police was kidnapped in the wee hours of the morning and forced to sign Safdar’s arrest warrant. The Sindh government knew nothing about the arrest.

Interestingly, everything was conveniently in place at that unearthly hour: there was someone to film the entire episode — the broken door, Safdar sauntering off to the police mobile, which took him into custody etc. There are stories galore — but only one thing is certain: Safdar did violate the sanctity of the Quaid-e-Azam’s resting place with his thoughtless slogans. His slogan of, “Long Live the Mother of the Nation,” was timed to coincide with Maryam Nawaz’s entry into the room where the Quaid is buried, and intended to convey the impression that Maryam was the mother of the nation. The slogan soon changed to, “Long Live the Daughter of the Nation.” Safdar probably nurtures dreams of being the ‘First Lady’ of Pakistan, like Asif Zardari did before him. Let me hasten to clarify that the spouse of the Prime Minister, who is the head of government, is never the First Lady; it is the President’s spouse.

The PDM aims to force Imran Khan and his government out of office, and the earlier the better. Ostensibly, that will solve all their problems. But life is not all that simple. Some conscientious people will oppose the move. More importantly, the Supreme Court is unlikely to let this happen. Moreover, we still have a strong army that will stand in the way of any such move. However, at the end of the day, Prime Minister Imran Khan will need to get his act together.

Khan’s Achilles’ heel is food inflation. His government is attempting to bring down the food prices and some progress has been made but unless they look at the entire supply chain, they will not be able to identify the weak areas. If by some miracle, the government does manage to curb inflation, the PDM will not have a leg to stand on. 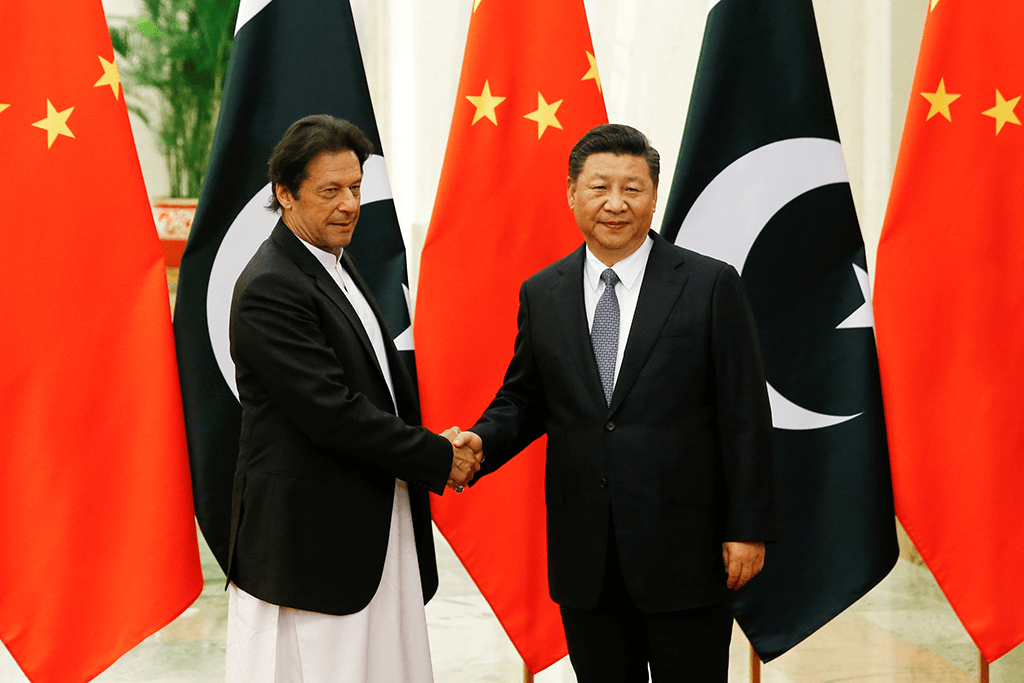 PDM problems aside, the FATF issue still hangs fire. Pakistan has managed to stay out of the Financial Action Task Force’s (FATF’s) Black List so far but it will remain on the Grey List until we comply with six more conditions that the FATF demands. The next FATF meeting will be held in February 2021, and Pakistan has only three months to fulfil the FATF’s wish list in order to come out of the Grey List.

There are other reasons why our enemies, who are many, would wish to destabilise Pakistan, the prime one being the age-old nuclear issue. Denuclearising Pakistan is an old agenda of the West, especially the West, especially the US, and of course India and Israel. The Arabs used to support and celebrate the fact that we were the only Muslim country to have the bomb, but now that the Arabs are taking turns at recognising Israel, one cannot entirely depend on their support. Imran Khan’s main concern in such a fast-changing world, ought to be to find a place for Pakistan in the new world order that is emerging. Fortunately the new world order is to be led by Pakistan’s best, and perhaps only genuine friend, the People’s Republic of China. Pakistan should strengthen its role as a corridor to China. It helped the US normalise relations with China way back in the Nixon era. But we cannot rest on our past laurels forever.

Our next mission should be to help not only the freedom fighters in Jammu and Kashmir, but also to provide moral and diplomatic support to the many freedom movements taking place in India, like those of the Sikhs and the Assamese. All said and done, you cannot bring down a behemoth like India, unless you have another behemoth in your yard, which we fortunately have in China. I remember reading an article in a Chinese defence journal some years ago that China could break India into 22 pieces. I am not a military analyst, but the Chinese expert must know what he was talking about. 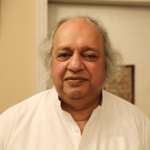 The writer is an analyst, Editor-in-Chief of Blue Chip magazine and Senior Fellow of the NUST-Global Think Tank Network.
View Posts
Musings