The Cost of Protest 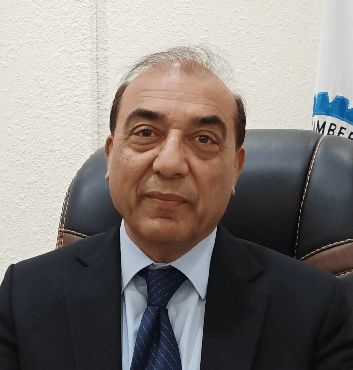 The opposition’s anti-government campaign under the banner of the PDM is not a threat to the economy. I am sure that with the passage of time, a stable and sustainable democratic system will evolve. Such opposition movements, staging peaceful public meetings, are part of parliamentary and democratic politics. As the PDM’s public meetings are not creating any law and order situation, they remain insignificant when it comes to dampening the economic sentiment.

We know that it has become a norm in our politics for the last 12, 13 years that whenever a government is almost half-way through its term, the opposition starts mounting pressure. There is nothing unusual in it. We get concerned only when the opposition protests trigger violence, or disrupt the inter-city or inter-provincial movements or hurt exports.

While the opposition movement has not dampened business sentiment, the building up of pressure may affect the government’s decision-making. But our system has become mature. We expect the government to sustain this pressure.

Coming to foreign investors, they react just like the domestic ones. If there is no violence, they too, have no problem. And this fits for the CPEC projects as well. Here, I need to stress upon the fact that there is an impression that the CPEC projects have slowed down. CPEC played a key role in stimulating our economy. The government should not allow this. CPEC should remain the government’s top priority. Prime Minister Imran Khan must keep CPEC high on his agenda and keep in touch with the top Chinese leadership — from its ambassador here to his Chinese counterpart and president.

In the current context, our economic indicators are better than the last year. The sentiment looks good, but if one compares today’s numbers with the past, then we are lagging behind in economic growth. The process of mend seems to have started and we expect marginally positive growth of 0.5 to 1 percent this financial year. But let us be clear, even though we are on the road to recovery, the economy is still in deep crisis. The subdued growth prospects this financial year cannot minimise the severe impact COVID has had on the living standards of the people. The government itself has pegged job losses in the economy due to COVID-19 at a whopping 14 million, and poverty is expected to increase for the first time in two decades. These factors are fuelling political opposition.

Our biggest challenge is the energy sector’s circular debt. This is a graver challenge and threat not just for the government but for Pakistan compared to any opposition movement.

Our circular debt has surged from what it was in 2016, 17 or 18. The situation has worsened. The PTI government does not seem to have a plan to address this issue. Our blue-chip energy companies including the PSO, OGDCL, PPL, SNGPL, SSGC — all have been hit by this issue. It is not enough to say that the problem of circular debt is the result of the wrong policies of the past governments. The question now is what the government has done to address this problem.

The government’s recent decision to cut electricity rates for small and big industries is a step in the right direction. It will help spur growth and mitigate some of the issues of the power sector.

To improve the country’s economic outlook, the government must take the initiative and enter into serious and purposeful dialogue with the opposition parties. Pakistan belongs to everyone and we should never stop talking to one another.

The government should also ensure that businesspeople and industrialists are not being targeted by the NAB (National Accountability Bureau). The NAB should only concentrate on big fish, the present and past public office holders and bureaucrats. For businesses, we have the FBR and the SECP. They are effective institutions and detect and take measures against business people if they indulge in any wrongdoings. The Prime Minister had already declared that businesses stand exempted from accountability by NAB. There is a need to implement this decision. 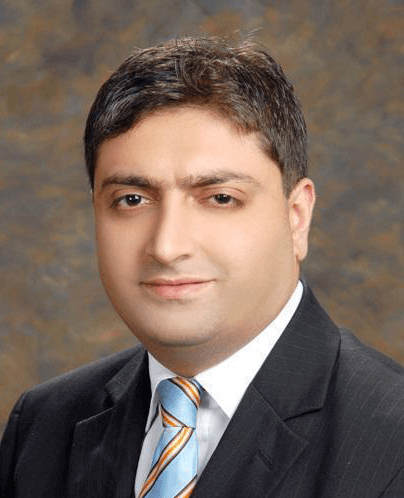 The ongoing political din has already impacted the stock market adversely. The political uncertainty is affecting the economy on a day-to-day basis. A second wave of coronavirus, which now looms overhead, will further aggravate the economic situation. All this uncertainty creates panic among investors and they shy away from making any decisions, as we have seen during the past few weeks of trading at the Pakistan Stock Exchange (PSX).

[Those concerns notwithstanding], the economy has made good progress in the post-lockdown period, and given the economic indicators, the first quarter has been clearly impressive. The balance of payment has shown a surplus in the current account, which is a sign of economic recovery. Local currency is appreciating against the US dollar, which indicates significant foreign inflows, and the appreciation of the rupee has resulted in easing of the domestic debt burden. Inflows of workers’ remittances particularly have so far been impressive in the current fiscal year. The inflow of more than $2 billion for the fourth consecutive month in September 2020 is a positive sign for the country.

The recent significant increase in foreign exchange reserves will help in increasing the capacity of the country to repay its external debt. The improved earnings of corporate entities have resulted in the growth of tax revenue, with the Federal Board of Revenue (FBR) announcing it had received a record Rs 1 million as tax collection in the first quarter of the current fiscal year. All in all then, the quarter ending on September 30, 2020 has seen a significant improvement in many sectors of the economy.

Key decisions related to the construction industry through the announcement of incentives may also help grow many allied industries. These incentives could yield a number of low-cost housing units and improve the living standard of a broad segment of lower-income people. However, challenges remain, not least due to the resurgence of COVID.  Inflation is creeping up and food inflation was at 15.8 percent in September 2020. Furthermore, although the trade balance is under control right now, the rise in import payments may increase the demand for US dollars, exerting pressure on the local currency.

The rescheduling of the loan to Pakistan by G20 countries was a good development, and if the IMF also follows suit it would be undeniably beneficial for the economy of the country. But apart from eroding the confidence of both local and foreign investors, political instability could also offset the economic gains recently witnessed.

President, Federation of Pakistan Chambers of Commerce and Industry (FPCCI) 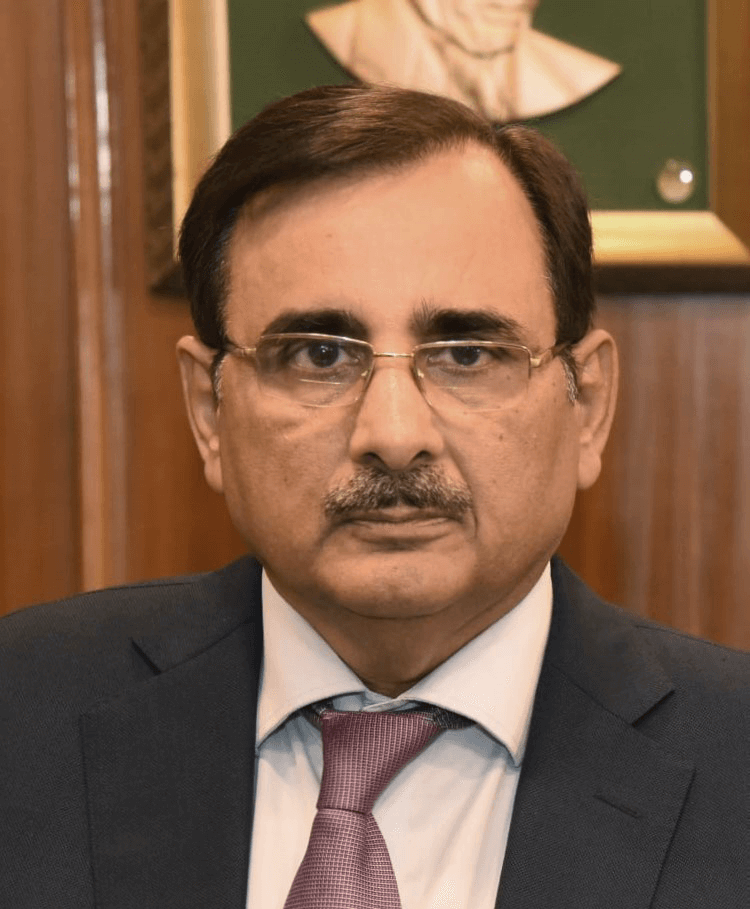 The country needs stability. Whenever it goes on the path of recovery, we see challenges emerge from the political front, and political instability hurts the economy. The coalition of the opposition parties should take care that their protests and rallies do not affect economic activities, and for its part, the government should negotiate with the opposition to resolve the issues they have raised and avoid conflicts.

The prudent policies of the government have started yielding positive results despite difficult economic challenges, especially those owing to the COVID-19 pandemic, and business confidence has been restored. Despite internal and external challenges, the government’s strategy has helped put the economy back on the growth trajectory. Recent economic indicators are self-explanatory. The current account has remained in surplus for the last three months, standing at $792 million in July-September 2020/2021, which is a significant improvement from the deficit of $1,492 million in the same period last year.

It is now a favourable time for the government to take measures for the promotion of industrial activities. The government’s priority should be employment generation, which is Prime Minister Imran Khan’s slogan anyway.

So far the government policies have been aimed at increasing exports, and to some extent the policymakers have been successful. The export of textile commodities witnessed an increase of 2.92 percent during the first quarter (July – September) 2020/2021 compared to the same period last year. And exports grew 11.3 percent during September 2020 compared to the same month last year.

The balance of payments showing a current account surplus coincides with signs of an uptick in economic growth, evidenced by an upsurge in the automobile, cement, steel, and fertiliser sectors, at a time when non-oil imports are also picking up — another clear indicator of economic recovery.

The prime reason for the better balance of payment situation is a surprising growth in home remittances. The World Bank had estimated that remittances would decline in countries like Pakistan, but the reverse happened, as the 31 percent growth in the first quarter is the highest since April-June 2011.

Moreover, the current account surplus has also reduced the pressure on the rupee which was earlier depreciating. Local currency has appreciated by around 5 percent in the past couple of weeks to a five-month high, which is good news for the economy.

Apart from a better current account, the US dollar depreciation against the currencies of other trading partners of Pakistan also explains the rupee’s strength against the dollar.

The official reserves of the State Bank of Pakistan (SBP) soared to the highest point under this government on September 11, 2020, amounting to $12.8 billion, before coming down to $11.8 billion by October 9, 2020 owing to commercial external loan repayments.

The inflow of Foreign Direct Investment (FDI) to the country also witnessed an increase of 39.9 percent during the first two months of the current fiscal year as compared to the corresponding period of last year. During July-August 2020/2021 the FDI recorded a sum of $226.7 million in direct investment, compared to $162 million in direct investment during the same period last year, showing growth of 39.9 percent.

The tax revenue collected by the Federal Board of Revenue (FBR) is also remarkable: the tax agency collected a record Rs 1 trillion during the first quarter of the current fiscal year.

However, to facilitate businesses, the FBR should simplify the mechanism introduced for the payment of refunds, so that the small and medium industry do not have any difficulty in receiving the outstanding amounts.

To accelerate the economic process even further and safeguard economic stability, the provision of job opportunities to the youth should be one of the top priorities of the government. Continuous progress on development projects would be one way of achieving stability, alongside providing employment opportunities for the country’s youth.

Narratives Web Deskhttp://narratives.com.pk
Previous articleHear No Evil, Speak No Evil, Do No Evil
Next articleDestabilisation Movement?