The post of chairman Pakistan Electronic Media Regulatory Authority (PEMRA) requires the skills necessary to regulate the media in a fair and transparent manner. Unfortunately, both the incumbent chairman, bureaucrat Muhammad Saleem Baig, and former chairman journalist Absar Alam, were appointed top watchmen of the electronic media in an arbitrary fashion by the last PML-N government, giving scant thought to the requirements of the job.

Like his predecessor, the current Chairman PEMRA faces allegations of being appointed to this key slot in sheer violation of the laid down rules and regulations. If the former PML-N government changed the basic eligibility criteria while appointing Absar Alam chairman PEMRA in December 2015, the same was done in the case of Saleem Baig, who assumed charge of office on June 28, 2018 for a four-year term.

For Absar Alam, the PML-N bigwigs lowered the bar of educational qualification to Bachelors from Masters, while for Saleem Baig, they changed the key condition that requires the candidate to be a Masters in Mass Communications, Business Administration, Law, Finance or Economics. Saleem Baig’s Masters’ degree was in Political Science but the PML-N government got around that by scrapping the original condition.

Similarly, Baig was given a special relaxation when it came to experience. The PEMRA job required 20 years of hands-on experience of governance and management in administration, finance, media or marketing, according to the advertisement published in the newspapers. Saleem Baig, who was principal information officer before taking charge of PEMRA, did not have the relevant experience.  Another major breach in rules and regulations occurred when he was appointed to PEMRA the day he retired from the government job.

In a nutshell, Prime Minister Shahid Khaqan Abbasi’s government made substantial changes in the eligibility criteria for the post through a second advertisement, published specifically to suit Saleem Baig. The selection committee, headed by the PML-N stalwart Sartaj Aziz, and representatives of the Pakistan Broadcasters Association (PBA), rushed through interviews of more than 60 candidates in a single day to select Baig for the job. But of course, he was already marked for this position and the interview exercise was just a formality.

In both appointments, the PML-N trampled on rules and regulations to post its own man on this important slot. However, the irregular mode of appointment was questioned in court. The Lahore High Court declared Absar Alam’s appointment illegal on December 18, 2017, forcing his ouster, while Saleem Baig’s fate hangs in the balance in court. Senior lawyers say that if principles laid down by the Supreme Court in the M. Yasin case and the Lahore High Court’s judgement in the Absar Alam case are applied, Baig’s appointment would also be declared illegal.

Even the Election Commission of Pakistan (ECP) had objected to Saleem Baig’s appointment, the summary of which was approved by then president Mamnoon Hussain on May 29, 2018, on the advice of Prime Minister Shahid Khaqan Abbasi — just two days before the caretaker government had to take charge. An ECP statement issued at that time said that the government had sought permission for this appointment, which was refused, but still went ahead. At that time, the ECP had imposed a ban on appointments in government institutions to ensure transparent elections.

Absar Alam, when contacted, claimed that he wanted to run the institution independently, and refused to toe the government line of favouring TV channels propagating its policies, while controlling those who were critical of them.  “That was the reason, I was not allowed to complete the four-year term,” he said. Regardless of Alam’s claims, which are challenged by many seasoned journalists, appointments in PEMRA, especially for the top slot, have become controversial. Instead of selecting a candidate on merit, almost every government wants its own man to hold the position of chairman PEMRA.

As a regulator, PEMRA is supposed to work independently, but continuous political meddling transforms it into an institution focused on witch-hunts and victimisation of channels that refuse to toe the line.

PEMRA — a brainchild of former President Pervez Musharraf — was set up through a presidential ordinance in 2002. Despite several inherent statutory flaws and lacunas, it played a key role in the opening up of the electronic media in Pakistan, especially in its initial years. From the one state-run Pakistan Television (PTV) channel and Radio Pakistan, the sector experienced exponential growth. The number of television channels and radio stations have now crossed the 100 and 250 mark, respectively. According to Gallup Pakistan, the quantum of annual advertising revenue for the television sector increased from 0.3 billion rupees in 2002, to approximately 40 billion in 2017-18. Since then, it has taken a dip because of the slowdown in the economy.

But as the electronic media expanded and started to play a dominant role in narrative building, the interference of successive governments also increased. The situation deteriorated as one elected government after another came to power. The PML-N bluntly used PEMRA to victimise and punish news channels in the forefront in highlighting the corruption of then prime minister, Nawaz Sharif, and his family.

The hangover of the PML-N’s legacy of targeting the media continued under the Pakistan Tehreek-e-Insaaf (PTI) government. Although senior PTI leaders tried to distance themselves from Saleem Baig, saying that he was a gift from the past that could not be removed due to the fixed term, it is Prime Minister Imran Khan who has garnered bad publicity because of the reckless, and often illegal and illogical actions of the PEMRA chairman. 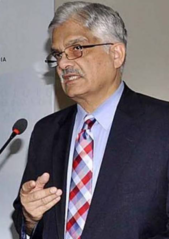 In his apparently personal war against news and entertainment channels, Saleem Baig took a series of one-sided harsh steps, ranging from suspending licenses of news channels to banning news shows, television dramas and even advertisements. In 2020, Baig suspended licenses of NEO TV, 24NewsHD and Bol News, one after the other. His orders could not stand the test of trial before the superior judiciary, which came to the rescue of news channels. However, the suspension of transmissions for days and in some cases weeks resulted in huge financial losses. Baig continued to take vindictive steps behind the scenes, which included forcing cable operators to change positioning of channels from the top 10 or top 20 to the bottom of the list. “Keeping our channel’s position at its original place is a constant battle with PEMRA, which refuses to take responsibility for behind the scenes arm-twisting of cable operators,” confided a senior executive of a private news channel.

Similarly, entertainment channels, including HUM and ARY Entertainment, were also targeted by PEMRA in a bizarre manner and one each of their popular drama serials was banned. Ironically, one of the serials had completed its first round of airing, while the other one was almost halfway through its first run. Here again, the judiciary came to the rescue, but the damage was done — hurting both the perception about Pakistan when it comes to media and creative freedom and inflicting losses to the channels. Baig’s unilateral decision raised a storm among artists and producers who declared it an assault on creative freedom. The scribe tried to contact Saleem Baig several times, but he was not available for comment. 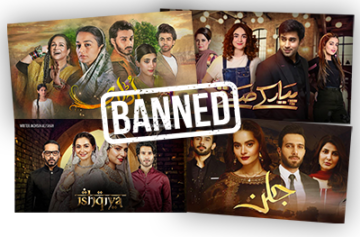 PEMRA’s inability to act as an independent regulator can be attributed to the inherent flaws that were seeded in at the time of its establishment. In principle, a sectoral regulator should be independent, autonomous and inclusive. It must operate fairly and under laid down rules and regulations developed with the input of all stakeholders and experts. As a watchdog, PEMRA should certainly have powers to act if any channel resorts to libel or defamation, acts against the country’s interest or breaches national security. But to do this effectively, PEMRA must be free from political interference and not just appear independent and fair, but also act as such.

Ideally, PEMRA has to ensure that neither the government nor market forces curb the citizen’s right to know. Yet, it does not mean sensational or irresponsible reporting. This delicate balance can only be maintained if appointments in PEMRA are made on merit. Only above board officials as regulators can encourage and facilitate self-regulatory mechanisms and implementation of the code of ethics by media houses. In case of a breach, they may act against those responsible decisively and fairly.

Another challenge is that the PEMRA law pre-dates the existing media market, where there has been a convergence between traditional and social media. While the world has moved to online media, most of the television transmission and distribution in Pakistan is still on the analog system.

Governmental control over PEMRA is another serious drawback that hampers the regulator from operating independently and impartially. While the government may have representation on the board of the regulator, the principle of independence requires that it should not have any role in appointment of members of the regulatory authority. This should be done through an impartial mechanism, led by the judiciary. Moreover, like the judiciary, the regulator must have financial and operational autonomy. Nevertheless, under Section 05 of the PEMRA Ordinance, the federal government can issue policy directives to the regulator. Besides that, the federal government has sole authority to appoint private members, including the chairman of the authority, and this is how it uses PEMRA as its tool to control TV channels. Reforms under PEMRA require a lot of political will and the first step would be placing the right man at the top position of the regulatory authority. The PTI government might get a chance to do what is needed if the court disqualifies Saleem Baig. But until the verdict is out, Baig will continue to stoke trouble for independent channels and damage the reputation of Pakistan, where the media functions at the mercy of a retired bureaucrat.

Previous articleWhy not Khalistan?
Next articleA Channel for Memons 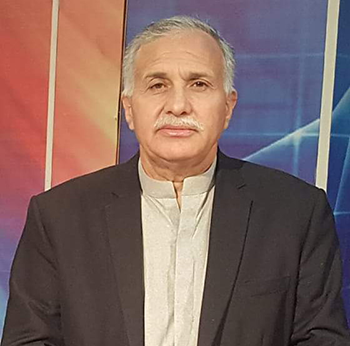 Shahzada Zulfiqarhttp://narratives.com.pk
The writer is a Quetta-based journalist and a recipient of the Presidential Pride of Performance Award. He is President of the Pakistan Federal Union of Journalists.