Yasin Malik has been the face of the Kashmiri freedom movement. The campaign to secure the right to self-determination and basic human rights.

Malik heads the Jammu and Kashmir Liberation Front (JKLF), one of the first armed freedom fighting groups to come into existence in occupied Kashmir. It supported an independent and united Kashmir. led by Malik, the group gave up armed resistance in 1994.

A resistance movement broke out in occupied Kashmir in 1989 with fighters demanding an independent Kashmir or its merger with Pakistan. 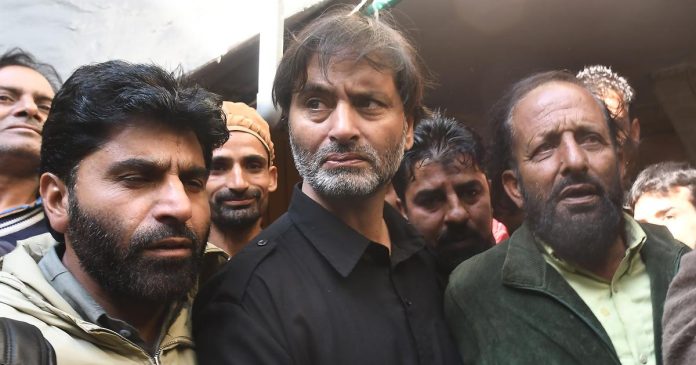 Malik began his struggle against the Indian occupied forces in the late 80’s and valiantly fought for the rights of the Kashmiris. The Kashmiri leader later renounced violence and adapted an approach of non-violence to continue his struggle for the independence of Kashmir.

Malik, in his three-decade-long freedom struggle, has been in and out of jail on a number of charges many times. An Indian court recently sentenced the Kashmiri leader to life imprisonment for funding “terrorist” activities and other charges.

His movement, however, has not stopped and is now spearheaded by his wife Mushal Hussein Mullick. Malik met Mushal during one of his trips to Pakistan and married her in 2009. The couple later had a daughter, Razia Sultana. 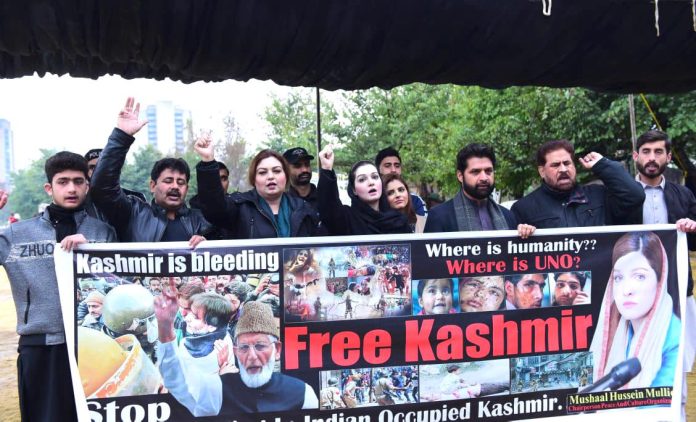 Mushal along with her daughter has been residing in Islamabad and continues to raise her voice against the violence against Kashmiris and persecution of Yasin Malik. She speaks with Narratives Magazine…

Mullick: Pakistan needs to urgently explore ways and means to get the United Nations and the International Court of Justice involved on the issue of Yasin Malik and make sure that he has had access to an international counsellor during the appeal against his conviction.

Mullick: I had planned to visit New Delhi to engage a lawyer to fight the case on behalf of Yasin Malik but I canceled it after my mother-in-law advised me not to visit India because she feared I could be arrested and put behind bars once I landed in the neighbouring country. Now I am planning to visit the West to highlight the issue of Yasin Malik and the overall plight of the people of Kashmir under the brutal Indian regime. Indian lobbies have canceled my international visa and I am constantly in touch with Pakistan’s Foreign Office to help me lift the ban on my international travels so that I could highlight the Kashmir issue at the international fora. It’s time, I travel to the West to get my voice heard.

Mullick: No not at all. This is the height of the cruelty that even family members were not allowed to meet Yasin Malik during his incarceration and the whole trial, and neither was he allowed engaging a lawyer for himself. Under the Geneva Convention, even terrorists are allowed to engage a counsel and meet their family members. The Indian government has blatantly flouted all international laws to punish Yasin Malik. Yasin Malik has been in solitary confinement since when he was arrested and jailed. Indian authorities will kill Yasin Malik in custody through beating and slow-poisoning. Yasin Malik has to be released. If he is killed in custody, all other arrested Kashmiri leaders will be killed and India will have a field day when the top leadership is eliminated. Before all this happens, Pakistan needs to wake up and knock at the doors of international forums. 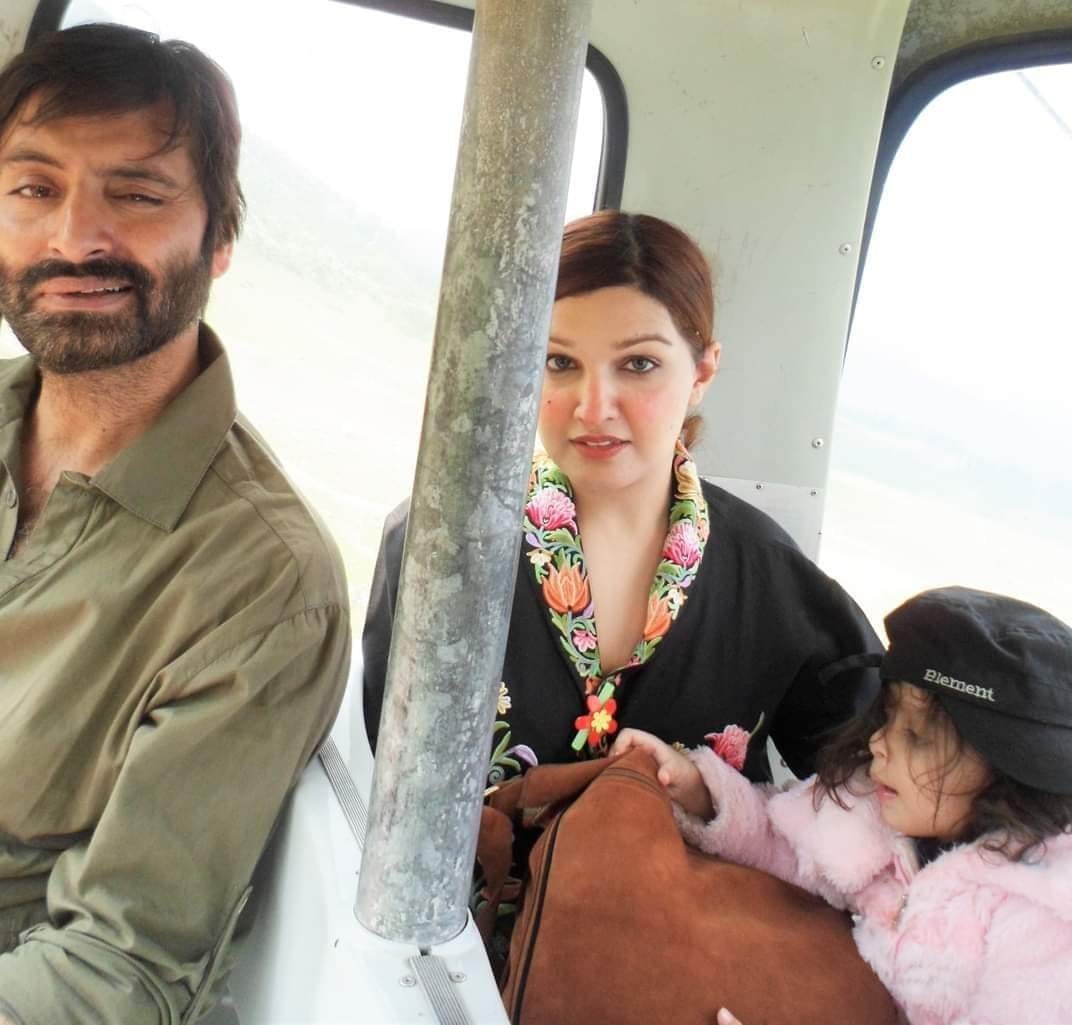 Mullick: India is actively working on a project to turn the Kashmiri Muslim majority in the valley into a minority by settling non-local Hindus by giving them jobs and other perks and privileges besides allotting them lands. Pakistan must take up this issue with international powers before it is too late. After the settlement of non-local Hindus in the valley, India can even go for a plebiscite (as it had promised to the UN) and the results may be in favour of India if it succeeds in settling a large number of non-locals, especially the Hindu population. The United Nations Security Council resolution 47 on Kashmir calls for holding of a plebiscite among Kashmir’s residents on whether they wanted to join India or Pakistan. Pakistan must wake up to India’s nefarious designs. Pakistan’s backdoor diplomacy, bilateralism and talks with India have failed to achieve any tangible results over the last several decades because of New Delhi’s stubbornness.

Pakistan must immediately call for the enforcement of UNSC resolutions on Kashmir. Islamabad instantly needs to plead the Kashmir cause at the forum of the UN, the Amnesty International and the International Court of Justice and India should be held accountable at these international platforms for the barbaric brutalities it has committed against the unarmed and freedom-seeking people of the occupied Kashmir. 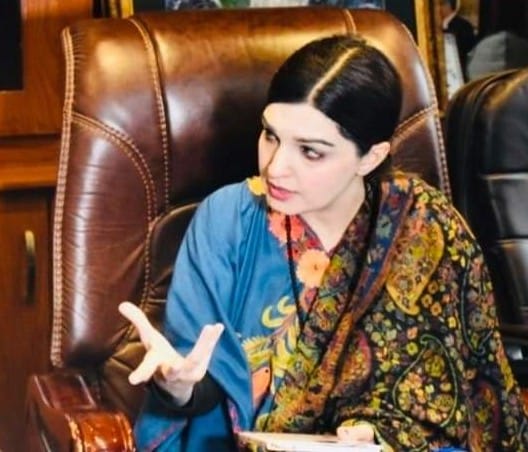 Mullick: We are planning to hold rallies across Pakistan and Azad Jammu and Kashmir in the coming weeks and I am in touch with all stakeholders including the Pakistan government. It is a long battle and we will fight it till Yasin Malik is released from jail and Kashmiris get their right to self-determination.

In the second phase, I will lead rallies and protest marches in the western capitals to highlight the Kashmir issue and particularly the injustice being meted out to Yasin Malik. My first aim is to get Yasin Malik released from the notorious Tihar Jail.

Mullick: Though the Pakistani media highlighted the conviction of Yasin Malik vehemently, it needs to highlight the issue till he (Malik) and all incarcerated Kashmiri leaders are released from jail. It is needed to be kept alive in the Pakistani media, especially on social media. Pakistani social media users must avoid being offensive in their comments (on the issue of Yasin Malik) so that they are not blocked by social media platforms and their message is delivered and heard by the world at large. 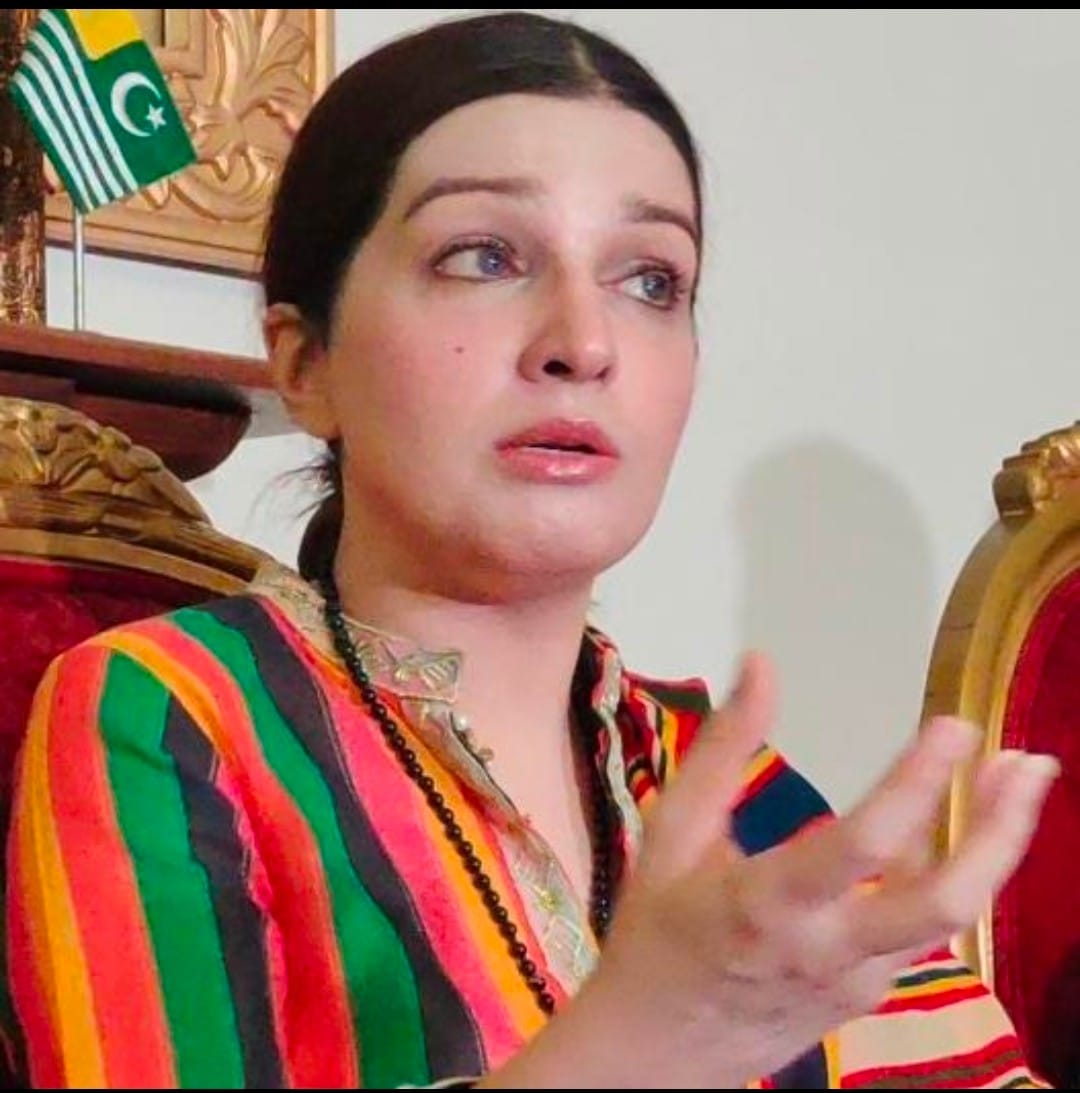 Previous articleThe 6-Day-Ultimatum
Next articleShifting Yasin to an isolated cell in Tihar jail deplorable: Mushaal
Zafar Ali Khanhttp://narratives.com.pk
The writer is a senior journalist and contributes to Narratives