Given its geo-strategic location, CPEC has not just the potential to become a game-changer for Pakistan but also a corridor of peace for the region.

Pakistan and China are open to the idea of the Taliban-led Afghanistan joining the multibillion-dollar China-Pakistan Economic Corridor (CPEC) project. CPEC provides an unprecedented opportunity for providing infrastructure and energy connectivity between Afghanistan and Pakistan and also between South Asia and Central Asia. Traditionally, Afghanistan was a transit hub in the ancient Silk Road Connectivity. With its unique location, it has the potential to become a linking ring of Southern and Northern Asia, Middle East and Western Asia, and can play an extraordinary role in the region’s economic development and stability. China, Russia and Pakistan have held meetings with the Taliban officials; security, economic development and connectivity were the main topics that dominated these discussions.

A write-up by analysts, Xie Jun and Chu Daye, in Global Times titled, ‘Extension of CPEC into Afghanistan to boost local exports – journey of peace, says, “Afghanistan has become the first among several landlocked Central Asian countries to benefit from using the Chinese-invested Gwadar Port in Pakistan in transshipment trade. In 2020, the country imported 43,000 tons of fertilisers via the port, contributing to its agricultural development.”

Zhou Rong, a senior researcher at the Chongyang Institute for Financial Studies at the Renmin University of China, said that “if the CPEC is extended into Afghanistan, China could help build or improve infrastructure between Afghanistan and Pakistan to facilitate their economic exchange.”

Against this backdrop, the BRI (Belt-and-Road Initiative) is a global win-win. China’s BRI projects, once completed, are expected to involve 75 percent of global energy reserves, more than 65 percent of world’s population, and over half of the global GDP (Gross Domestic Product).

More than 100 countries and international organisations have pledged support to the BRI. It provides a framework for regional connectivity, industrial cooperation, diverse investment opportunities, financial cooperation, agricultural cooperation and socio-economic development. Among the 45,000 enterprises set up by Chinese investors in 189 countries, 11,000 were located in countries along the Belt and Road. In 2018 alone, China’s direct investment in BRI countries reached $22.54 billion, representing a 20.6 percent increase and the highest since 2013.

China and Pakistan enjoy a long-standing bond. CPEC, formalised in 2015, further consolidated this relationship. CPEC is a frontline corridor and a critical part of the BRI. Despite the recent security setback at Dasu, in which Chinese workers were killed in Pakistan, the Sino-Pak relationship is steadfast and resilient enough to survive such incidents. Misunderstandings that could have tainted the relationship have been promptly dealt with through quite diplomacy. Pakistan has reassured China of complete security. Beijing is also understanding of the unstable regional situation, post-US withdrawal, which has a direct impact on Pakistan’s internal security. Pakistan’s Parliamentary Committee on CPEC had termed “security” as the main challenge that needs to be addressed. Pakistan has responded by deploying around 1,600 army personnel to ensure the security of the CPEC project sites. Recently, a security consultant from China held meetings with Pakistani authorities, and also assessed the security arrangements. Mega projects such as the 1,800km ML-1 Railway track, operationalisation of special economic zones, and an agreement on a framework for industrial cooperation will resume by the end of October 2021.

CPEC, as a landmark and pilot project for the BRI, has rendered fruitful results over the past eight years. For the past six years, China has been Pakistan’s biggest trading partner. In the tenth Joint Cooperation Committee (JCC) meeting, it was noted that CPEC has brought a total of $25.4 billions worth of direct investment into Pakistan over the past eight years, and generated approximately 75,000 jobs for local people.

In the latest development, around eight Chinese factories with $845 million investment became operational in the Allama Iqbal Industrial Zone, Faisalabad under CPEC. Additionally, a $15 billion investment is assigned for the petrochemical sector in Gwadar, which is the heart of the multi-billion-dollar CPEC infrastructure project.

As the CPEC has entered its second phase, it is expected that industries and Special Economic Zones (SEZs) will be considered as a priority; also, more direct Chinese investment is estimated to be attracted into Pakistan.

Officials from both China and Pakistan pledged to further endorse and support the high-quality development of the CPEC. A total of five cooperation documents and three agreements were signed between the officials of both countries in the 10th Joint Cooperation Committee meeting.

The Chinese Foreign Ministry office was highly appreciative of the outcome of the 10th JCC meeting of the CPEC. China has reaffirmed that it was all set to work with Pakistan for understanding and implementing the recommendations of the members at the meeting.

The Chinese Foreign Miniser Zhao Lijian said, “I would like to extend congratulations to the outcomes of this meeting. China and Pakistan are all-weather strategic cooperative partners. CPEC is a landmark and pilot programme under the Belt-and-Road Initiative. Since its launch in 2013, the CPEC has achieved fruitful and remarkable results.”

The CPEC is of prime importance for both China and Pakistan; the bilateral economic cooperation agreement has been termed by many analysts as ‘A Game Changer.’ CPEC holds great geostrategic importance as, through this project, the rising global power, China, aims to open up to East and West Europe and through Eurasia by using the Land Silk Route via Pakistan. The Economic Corridor is very geo-strategically located. It is situated at the juncture of the energy-proficient to the energy-deficient countries. Its location gives it a significant place in global politics. Its geo-strategic importance is evident from the fact that it is bordered by the emerging economic giants of the world i.e – India and China – and is looking towards connecting the countries rich in abundant natural resources i.e., Afghanistan, Iran and the Central Asian States.

Furthermore, the land-locked Central Asian countries and Afghanistan will get short and easy sea access via CPEC. The probability of this bringing stability in Afghanistan is strong. Afghanistan is of strategic importance to China for three reasons: minerals and rare-earth materials; trade routes and the Belt-and-Road Initiative, and the Uyghur minority group. On the other hand, Chinese Foreign Direct Investment (FDI) into Afghanistan could provide Beijing an additional source of geopolitical leverage and much needed international recognition and legitimacy.

What develops in the coming months could be a mutually beneficial relationship. The Taliban would provide China with long-term development contracts and mining rights, as well as permit Beijing to expand its BRI in the country. In return, China may officially recognise the group and invest in Afghanistan’s infrastructure. Therefore, CPEC has the potential to not just become a ‘Game-Changer’ for Pakistan but perhaps a “Corridor of Peace” for the region.

Pakistan is in the midst of rearticulating and reformulating its foreign policy in response to the twenty-first century challenges. The key thrusts are ‘connectivity’ and ‘balance.’ However, the US withdrawal from Afghanistan and the subsequent emerging confrontation between China and the US has made these options difficult to exercise. Pakistan, a Middle-power country and very geo-strategically relevant to any initiative in Asia, will have to constantly struggle to find a balance in its relationship between a superpower and an emerging superpower. The fact that India and Pakistan, the two protagonists of South Asia, yet again, find themselves being pulled into camp politics and power rivalry in South Asia on the ocean lanes and beyond, does not ease the situation. The triangular US, China, and Russia relationship will continue to cast both conflict and cooperation in the behaviours of middle powers, including Pakistan.

China may outdo the US in Asia-Pacific, the Indian Ocean, and the Pacific Ocean in the next two decades, due to its strong military and economic presence. The rational option for Beijing and Washington is to cooperate, at best, and compete, at worst; acute confrontation is not an option. Antony Blinken, US Secretary of State, captured it beautifully, when he said, “the US-China relationship is the key element of global relations. US must have the ability of competing and collaborating at the same time, which is true of all major relationships.”

Pakistan must not repeat the mistakes of the past, draw its own red lines, and remain on the right side of international law, with a focus on economic revival and the development of its people. Interestingly, while Pakistan is gearing towards a geo-economic thrust in its foreign policy, geo-strategic challenges are mounting. The Afghanistan situation being the most pertinent, followed by the Modi governments’ belligerence, his Kashmir policy, and India’s strategic convergence with the US, against China. These three elements make the shift trickier. Pakistan, for now, is standing its ground. The question is, will Pakistan be able to sustain this and move towards the path of growth and prosperity or will it get sucked into the quagmire of conflict in the region once again. 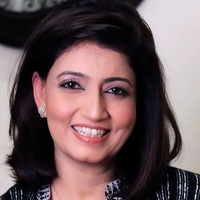 "Haq Do Tehrik", led by Maulana Hidayat Ur Rehman...

Caught in the Middle