Extremism in the defence of liberty is not vice, and moderation in the pursuit of justice is no virtue

‘Go and learn Islam from Bush’, were the taunts my men suffered as they patrolled the streets of Jandola. It was demoralising to the rank and file, and confused the issue of who was the enemy, and who was friend. It was a difficult situation with Muslims facing Muslims in a war that few understood, and even lesser wanted to fight.

I had to step in then, reshape the narrative, define values and develop objectives so that the rank and file had a purpose and direction with which they could participate in this conflict from a high moral platform. My men were convinced and we succeeded.

We cleared 3500 miles of lines of communication, stabilised 48,000 sq. kilometers. of violence-infested combat zone, involving seven tribal agencies and four frontier regions. We established the writ of the government, we evacuated 2.5 million people from their homes in Swat, put them into camps in Rustam near Mardan, with smart cards to spend for basic needs and education for their children. We cleared Swat and took these people back to their homes within three months.

This remains an unprecedented story in the annals of military history anywhere in the world. As we moved from one conflict zone to another, I lost so many fine young men — officers and soldiers — that at times, I questioned myself for my competence, methods and mannerism.

It is difficult to ask people to die, when you know some of them will, where areas have to be wrested by force and spaces occupied freed and from hostile forces.

People have forgotten how war was declared on the State of Pakistan in January 2008 by the Tehreek-e-Taliban Pakistan (TTP), where they bragged that they ‘would set the ground on fire beneath our feet’.

Yes, memories are short — when the Government of KP was contemplating shifting to Abbottabad, when the Peshawar International Airport was shut down, when the Kohat tunnel was closed and we were fighting for our survival — all forgotten so easily.

We won eventually, so much so, that a woman stood for elections from Bajaur, while a cricket stadium accommodated thousands who thronged to watch a cricket match in the tribal belt or with the roaring success of the Girls Cadet College in Kurram Agency.

Yet, what do have to show for it as soldiers, and the rank and file. In parliament, Attaur Rehman, says ‘what has this Army ever done for us?’

Then, we are welcomed by the new philosophical thought, that this was never even our war! And now, those we routed and defeated and who ran to seek refuge in Afghanistan, survived with handouts from RAW, CIA and NDS, are coming home once again. I know how difficult it was to motivate men to undertake this conflict and save Pakistan then, but I can say this with authority and qualification, that now there is no narrative foreseeable in the future that can be proffered to this Army, if God forbid, we go into such a conflict again.

After all, why would these men and officers fight now for the State of Pakistan; for the judiciary where justice at best is questionable, for the parliamentarians whose leaked videos surface time and again on a routine basis for the hapless people of this nation to watch in amazement or for the executives, who claim that this was never our war in the first place.

So having covered the pillars of State, who is left – the linesman, who steals from you or the police that rob you or the maulvi who fools you – who should the soldier fight for and to preserve what integrity, honour and freedom? Tell me which narrative will work now? Will the pay be enough to take men into battle and do men die because that’s what they are paid to do, as Mehmud Achakzai says?

The TTP were a force built on criminals, who robbed people at gunpoint. They slowly organised themselves into a vicious militant force that never had any strategy other than clearing spaces, challenging the State and collecting revenue through coercion.

Assisted and funded by hostile agencies, the TTP used terror as a tactic and targeted anyone who disagreed with them. The main cause of their temporary success was the absence of government. However, when finally routed by the Frontier Corp and the Army, those who could escaped to Afghanistan, Kunar Province where the Governor called it a refugee Camp and the Afghans claimed that these were Pakistani Refugees. They were resourced and trained by Raw, CIA and NDS to continue militancy against the Pakistan, but were by-and-large successfully contained by our own troops.

This defeated force re-labelled themselves as Khorasan Daesh, and quickly passed themselves of as the ISIS. Their only and sole objective is to destabilise Pakistan at the behest of their handlers, and if that objective is removed, the TTP would cease to exist.

Now that the Afghan Government has collapsed, the US forces have withdrawn and India is out of Afghanistan, the TTP, or whatever they wish to call themselves, have found that they are in a very difficult position. The present Taliban Government has already started clearing them out. Without space and resource, the already defeated TTP, is out on a limb. And it is amazing that it is now that the Government of Pakistan has decided that they should negotiate with them. Negotiate what? I will not challenge the Government’s decision since I do not have all the intelligence information or a clear picture of the environment and will assume that the Government – which does, is doing what it thinks is the right thing and in the interest of the State.

I will, however, contribute my sense of the environment to be analysed by the Government as an input to be considered before being rejected.

The Government appears to be in such indecent haste to settle something which does not need settling at present. The Afghan Taliban are trying to convince the Pakistan Government, and the TTP to come to terms but it is not for them to decide such things. Let the defeated TTP make public statements acknowledging the wrong they have done and apologise to the tribes and the people of Pakistan before the Government needs to do anything at all. I know there are some who feel this may stop bloodshed, but please take it from someone who has been in it and knows, it will probably lead to far more violence and bloodshed than one can even contemplate. History remains a testimonial record of how such things eventually unfold. We have been down this road before many a times. Remember, repeating the same thing over and over again hoping for a different result is a sign of insanity, Einstein. 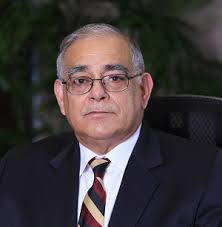 Tariq Khan HI(M)http://narratives.com.pk
The writer is a retired Lt General of the Pakistan Army. He is noted for his services as the Commander of I Strike Corps at Mangla and Inspector General of the Frontier Corps.
Previous articleKashmiris thank President Erdogan for raising their plight, Dr. Fai
Next articleBoom or Bust?

Punjab & the Mockery of Democracy