It seems as if the people of Pakistan discovered the phenomenon of populism only after the ouster of former prime minister Imran Khan. It might be because many political analysts have attributed the sudden and unexpected ascent in Khan’s popularity to populism. It might also be because, for many perennial sceptics, only a populist leader can achieve such a level of acceptance among the masses. Whatever the case be, many people have now jumped on this bandwagon and have called Khan out for being a populist. While it is true that Khan built on the narratives of foreign conspiracy and religion, it should also be noted that these narratives were pre-existing. Thus, the question is not whether Khan has exploited these populist narratives, rather, the question is who built these narratives in the first place? Who are the actual populists of Pakistan?

Populist narratives are easy to sell in a country where the political elite is aware of the country’s history while the masses are unaware of it. A nation that suffers from historical amnesia and has a blurred notion of its history paves way for superficial slogans. Ethnic divisions and an identity crisis among the people nourish these slogans. An inverse proportion between the rising inflation and per capita income exacerbate the situation further. To top it all off, a destructive wave of terrorism or the constant looming threat of it pushes the masses deeper towards insecurity. As a direct consequence of all these scenarios, the helpless masses look for someone to blame. This creates an ideal environment for hollow slogans to clang louder than ever. At this point, the populist pounces into the political field as the ultimate savior of the masses and grants them a scapegoat for their anger.

“Populists draw on the politics of insecurity to galvanize their electoral base and depict themselves as the only genuine protectors of the people as they define it,” writes Daniel Beland in a 2019 research article. He draws his conclusions from the populist policies implemented by former US President Donald Trump. The centerpiece of Trump’s policies was the presence of immigrants in the US, who had been there for a long time. What Trump was able to do was to frame their presence as a hindrance to “making America great again”. The masses got someone to blame and the graver, more important issues were clouted.

The current government in our neighboring arch-rival is another similar example. The policies of BJP and Narendra Modi threaten India’s status as the world’s biggest democracy. The overarching ambitions of Modi dressed under Hindutva are also populist in nature. It is possible that India, under Modi, gradually becomes the world’s biggest autocracy.

Coming back to the original discussion, it is important for us as Pakistanis to confront the past. During General Zia’s era, Pakistan was made to go through the process of ‘Islamisation’. At the same time, Afghanistan was at war with the USSR. To contain communism, the US needed an ally in the region to fund and weaponise the Mujahideen against the Soviets. Who was a better option for the US than Pakistan? What followed was billions of dollars of US aid to the Mujahideen with Zia’s blessings.

In return, Reagan turned a blind eye to the dictatorship and the religious exploitation occurring in Pakistan. He continued to fund the Mujahideen through Pakistan until the Soviets withdrew from Afghanistan in 1989. The most ironic aspect of this scenario was that America was fighting a war for democracy with the help of a dictator. As soon as the USSR left Afghanistan, the US slapped sanctions on Pakistan in the form of the Pressler Amendment. It was a harsh betrayal.

From there, the anti-American narrative started to grow. The political elite of Pakistan should have realized that we were mere tools for the global powers. However, Musharraf reiterated the same mistake after 9/11 and Pakistan once again became an ally of the US in the War on Terror. Although, this time we did not have much choice. The US war against the Taliban fuelled the anti-American narrative since many Pakistanis had their sympathies with the Taliban. During all this, Bush did the same thing as Reagan had. He turned a blind eye to the fact that Pakistan was under martial law and kept pouring billions of dollars of aid into the country. Musharraf tried to salvage some pride among the public by denouncing support for the US, even though he was secretly helping them.

The wave of terrorism which followed was the worst Pakistan had ever seen. The regions hit the most by these terror attacks were ex-Fata, KP, and Balochistan. These attacks also included the ones orchestrated by separatist factions within the country. The death of Baloch leader Akbar Bugti fuelled more people among the Balochs to join the separatist cause. In the aftermath of Musharraf’s regime and America’s war on terror, there still exists civil unrest in KP and Balochistan.

Every terror attack was followed by the attribution of it to some foreign conspiracy. India was the usual suspect, which seems to be the case after Kulbhushan Jadhav’s revelations after his arrest. Many among the masses blamed America while many cursed the Jews for hatching conspiracies against the Muslims.

These are only a few examples of the intricate history of our authorities unable to control matters within their domain. That is not the problem, however. The problem arises when they extrapolate their domain, meddle with affairs that are alien to them, and consequently, make fatal mistakes. To cover these mistakes, they build populist narratives which hide the truth. Our authorities are the biggest populists. Thus, truth is the first casualty of populism. When the masses eventually uncover that truth, it is the civilian leadership that faces backlash. Imran Khan came close to becoming the victim of this vicious cycle of collateral damage for civilian leaders which has been going on for 75 years. Against all odds and forecasts, however, the masses have taken a stance and the air seems different this time. 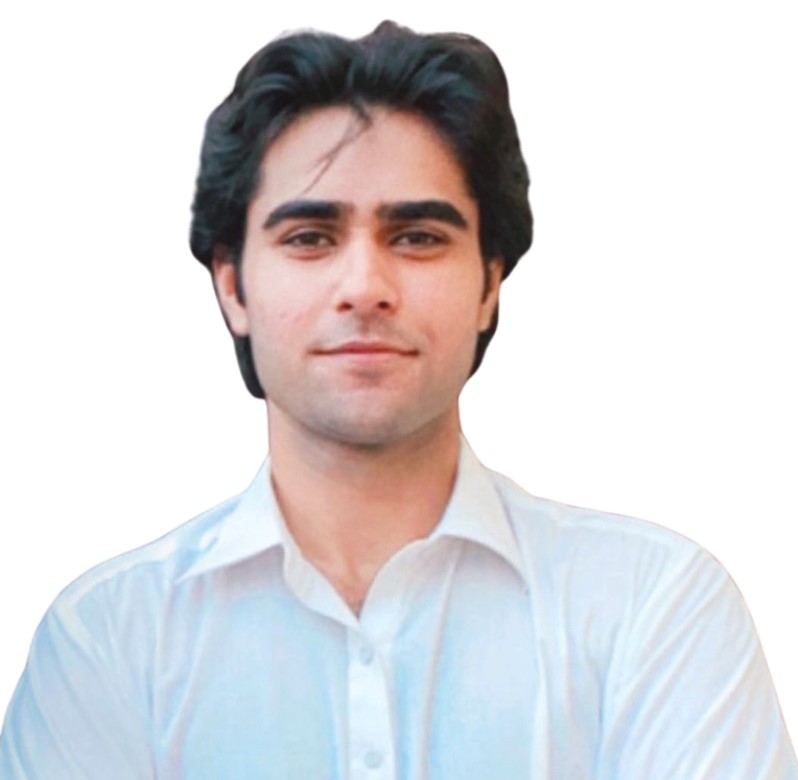