When the Soviet Union collapsed it had enormous resources at its disposal with economic and nuclear power and military might. The countries that emerged as a result of the collapse of Soviet Union along with other European and Asian countries worked on economic reforms and became transition economies for which they took drastic policy actions.

These economies made transition economies towards market economies—an economy in which decision-making including resource allocation and investment is determined by the market. This was adapted by the US with Regan reforms followed by similar Margret Thacher reforms in UK. Sadly, in the same period no reforms were made in Pakistan.

In the decade following the Soviet Union collapse Pakistan underwent political instability with a musical chair between political parties and the 1990s went by with no significant economic reforms. Another major reason for this was the missing capacity to make reforms. Pakistan did not have the professional manpower to make those reforms. And even when we tried to bring about change it was piecemeal and not a wholehearted effort.

When General (retd) Pervaiz Musharraf came into power he promised economic reforms, resultantly the economy was in recession for the first few years. But when he brought in economic reforms we witnessed an investment boom recording growth to around 9%.

But following his resignation, the same political parties which were key players during the 90s were back in power and the reforms that were the need of the hour were not made but rather many reforms were reversed adding to the pile of debts.

At the end of Musharraf’s era the external debt amounted to $38 billion which soared to $90 billion when Nawaz Sharif’s government completed its tenure in 2018. Today, we face the effects of the debt crisis that began in 2018. Debt crisis coupled with current account deficit has led to a major balance of payment crisis which has edged the country towards default.

During this time, Pakistan was taking loans but did not have the capacity to service those loans. The government keeps delaying the defaulting by deferring payments or getting free oil from Saudi Arabia or taking similar loans from IMF or the World Bank but even their attitude has changed over the period of time.

The latest deal with IMF reflects Pakistan’s conduct in the past decade. When IMF asks Pakistan to revisit its CPEC agreement with China over power projects it indicates that the schemes are not sustainable and the contracts need to be renegotiated. It questions Pakistan’s ability to make these strategies which are unsustainable. Another thing that is more alarming is the IMF asking the government to make a task-force to curb corruption. The move comes after the government recently made amendments to the NAB laws ending years-long corruption cases against politicians. This indicates IMF’s distrust in the government. It has also asked the government to recover full costs of the system and not pile on circular debt. 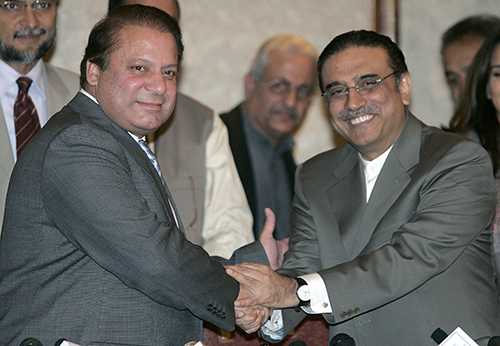 The incumbent government created a huge budget this year without cutting down on any expenses eventually passing on the burden to the private sector which has to now pay not only taxes but super taxes cutting down on their investment options. The government is forcing money out of industries to survive which only reflects our seriousness in tackling these issues.

Despite being the world’s fifth largest country Pakistan lacks a comprehensive strategy. We should figure out why we are a basket case and work towards making it a powerhouse. None of the political party or state institutions including the bureaucracy, establishment or judiciary have any plans for this transformation.

Pakistan, as per its population, requires a bigger, diverse, outward-looking and a globally competitive economy which we have not been able to achieve it in the past 40 years.

The economy and energy sector needs to be revamped and hurdles faced by manufacturers be removed. We should dig deeper into why Pakistan’s manufacturing power is low and why no attention is being paid to the services sector although it is a major part of the economy, especially in fields like IT and artificial intelligence. Employment opportunities need to be created for our youth which can happen if agriculture, manufacturing and services sectors are allowed to boom in the country.

Unless the vision for a such an economy is articulated, a plan is put in place and strategy is made, institutions to implement these strategies are made and are run under a streamlined due process we will keep floundering.

Owing to the political polarization in the country, early elections is the need of the hour and the new government should come with a fresh mandate and implement the IMF associated reforms

Our latest episode of economic crisis—which has been bought on by our own expenses and global situation because of the Ukaraine War, the change in energy and food chain and before that the pandemic—it has brought a realisation that we need resilience in our economy and cannot be a basket case forever because we do have outstanding resources both natural and human to be a major player in international markets.

Owing to the political polarization in the country, early elections is the need of the hour and the new government should come with a fresh mandate and implement the IMF associated reforms. We need a stable government in order to fix the economy.

Political parties need to develop a vision and a plan. They need to spell out their investment and sustainability plans.  The election campaign of political parties should reflect the economic strategies they plan on bringing when they come in power.

Currently, Pakistan’s economy poses an existential threat to the country. The coercion on the economy endangers the country’s independence. To get out of this situation we need to take up the herculean task and carry out all the much-needed reforms. 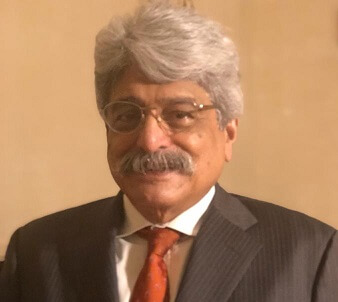 On the Road to Recovery