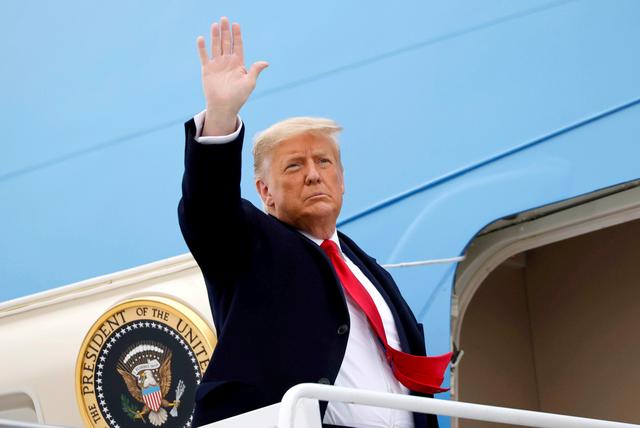 My movement is “only beginning,” claims departing Trump

WASHINGTON: On Tuesday Donald Trump concluded his term as president, releasing a 20-minute video message in which he announced that he was preparing to “hand over power to a new administration at noon on Wednesday (January 20 2021).”

Trump avoided any direct mention of his successor president-elect Joe Biden and only briefly referred to the violence that broke out in the Capitol Hill in the recent weeks, becoming the first US president since George HW Bush to fail to win a second term. Instead, Trump defiantly proclaimed that his movement was “only just beginning” as he devoted his message to touting his achievements in everything from trade relations with China to combatting the COVID-19 pandemic.

“I took on the tough battles, the hardest fights, the most difficult choices…restored American strength at home and American leadership abroad” boasted the President, as he claimed that he had “built the strongest economy in the history of the world…rallied the nations of the world to stand up to China” and “achieved a series of historic peace deals in the Middle East.” In addition, Trump asserted that he was “especially proud to be the first president in decades to start no new wars.”

However, critics claim that Trump will mostly be remembered for being the only president in American history to be impeached twice, bungling the response to COVID-19 and stoking the rioters who stormed the Capitol Hill days earlier. Many senior politicians, including members of Trump’s own party, have blamed him for provoking the rioters by refusing to promptly certify the legitimacy of his electoral defeat to Biden, something which Trump refused to acknowledge in his address.

With Trump’s departure, Joe Biden is set to be inaugurated as the 46th President of the United States. The ceremony, set to take place today, will be a much toned-down affair given the ongoing pandemic and the threat of violence in Washington D.C. as 25,000 National Guard will be present throughout the proceedings to maintain order.

“Trump might not have started a war, but he did succeed in making our nation’s capital look like a war zone,” tweeted Democratic Congresswoman Ilhan Omar, lamenting the militarised state of affairs in her nation’s capital. True to form, a still bitter Trump, will be the first outgoing president in 150 years not to attend his successor’s inauguration, a sign of the political chasm in American politics that Biden must work to overcome as he takes the reigns.