Government has embarked on its third year of rule

If one thing in Pakistan is believed unanimously today, it is that the country is embroiled in a plethora of crises. However, this consensus is sans any afterthought about where this trajectory might lead us, whether it is a tunnel that leads us to light — or to an abyss.

The outbreak of the pandemic may have made matters worse, or, perhaps it has worked to the government’s advantage, having given it some breathing time, a buffer period to undo, rethink and redo what it may have been doing wrong.

The PM has himself admitted the multiple crises the country is riven by — for which the opposition lays the blame on the PTI government. Among these, a natural gas crisis, a power crisis, and a rapidly mounting cost of living, exacerbated by Covid-related growing unemployment — all of which cannot fail to engender rising hostility towards the incumbent government. The PM, in turn, blames the opposition for wholescale corruption and the gift of circular debt which he maintains is the root cause of all the problems.

Against this backdrop, the government has embarked on its third year of rule. So, given past indicators and the shadows on the wall, what lies ahead for Pakistan?

I think the adversaries of this government are ready to wage war and shed blood. They are defying the law. Why? Because their leaders have been summoned. So they are taking to the streets, the madrassah students who have little understanding of political narratives, accompanying their leaders to the courts. These leaders would rather lose Pakistan than lose power. This sort of desperation is unhealthy.

A man staying abroad, calling the shots in Pakistan and not coming here to face his court cases, says he’s fighting for democracy. He says Pakistan has no democracy. These people know what they have done and how the courts will rule in their cases so they will not come back here, instead enforcing their narratives long distance. They will only come back if Pakistan is transformed into a country whose construct favours them. And then you have the Maulana, who says he’ll visit the courts if summoned, but with manpower consisting of 30 to 40 thousand madrassah students. Why? Not because he’s innocent, but because he can; because he has tasted power.

Well, these people will lose Pakistan. Then they will run away because they have fortunes and offshore companies to their names in other countries. These indicators draw a very bleak picture and I’m confused as to how this year may end.

The Imran Khan government has, in the face of so many challenges, proven its mettle and worked out each affair that previous governments were reluctant to touch. Whether it is the global pandemic, Covid-19, in regard to which Khan took the lead with a ‘smart’ lockdown which the world is now taking cues from; the realm of foreign affairs where we panicked earlier, but are now making friends and are increasingly assuming a laid-back role; or matters at home where the opposition irks him non-stop, his government seems to be braving it with grit.

It certainly hasn’t been an easy ride. All the problems Pakistan faced when the PTI assumed power just multiplied thanks to Covid-19, even though the government responded fairly well. Meanwhile, the opposition has continued to mount pressure, but for the most part ineffectively, as it remains inchoate and unfocused on the real issues. It is amazing that all the parties combined are not posing any really potent opposition to this government. IK has been dealing with them quite effortlessly, probably because of their lack of a coherent and meaningful narrative.

If the PTI trumps the Senate elections, it will emerge as an overtly strong political party. The threats they may face then will probably be from within the party itself and the rising food inflation, among other things.

Yes, there are challenges, but the indications are that the Imran-led government will face them and steer Pakistan through them, clearing any impediments along the way. The year, the third down the line for the Imran Khan government, will conclude better. 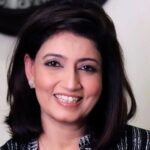 At the moment, the defence and foreign policies of the government can be considered to be clubbed together, since we deal with India and Afghanistan on our foreign fronts. Against this backdrop, the performance of the current government has been the best by far relative to previous governments.

Looking at our Kashmir policy and the Indian front, we undoubtedly do observe some lacunae, for example, our poor campaign in favour of Kashmir. We could have done more. Our PM delivers good speeches on international platforms. It is imperative for him to follow up on these speeches with the right campaigns, so that when he returns to those platforms the next year, he has data and statistics, and at least some plausible achievements to his name. The bottom line: his performance must match his claims. Perhaps our under-achievement on the Kashmir front is due in part at least, to the fact that our foreign office has not been very active lately. And the government did mark some milestones with the new political map courtesy its lobbying, which irked India.

So shortcomings notwithstanding, the work of all the previous governments in respect of foreign policy, especially the Nawaz Sharif dispensation during which our Kashmir policy was pummelled, pales in comparison to what the incumbent government has done on the foreign and defence fronts. However, there are three key challenges:

1. Khan’s PTI made tall promises which it failed to deliver on to date. The masses don’t understand how long it takes for such promises to materialise, so the government needs to make the people realise that it needs time.

2. The Opposition, has from day one, loudly proclaimed that this government is incompetent. The government has to prove them wrong by not merely getting the job done, but demonstrating to friends and foes alike that they have got it done.

3. Imran needs to understand that in order for the government to run, the opposition and treasury are both critical to success, and there has to be a functioning working relationship between the two. For some reason, however, his ego seems to be guiding him to continuing conflict rather than consensus. For the interest of the state, even if one has to bow down, one should not think twice. Imran needs to adopt such a policy of expedience when dealing with the opposition, or he will never be able to see any legislation materialise. This year, however, as the key indicators in defence and foreign policy suggest, will end better than the last few years. 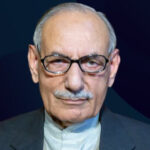 The PTI government has completed two years in power, and the worst challenge it was confronted by, was the external account. It inherited a $19billion deficit, coupled with imminent high debt payments and shrinking forex reserves. This government’s biggest achievement so far is that not only has it managed to turn the situation around by getting rid of the deficit, but also managed to hike the reserves back to the 2017 peak position.

Although the exchange rate dropped 25 to 30 percent in the past two years, the last 12 months have seen it remain stable. Inflation, under this government, jumped to a whopping 13 percent from 6.0 or 7.0, but that too has now been brought back to an 8.0 percent level. Current State Bank policy rates are 7.0 percent, but the lending made to commercial banks, businesses and traders, in the name of many schemes laid out to counteract adverse Covid-19 effects, have been at an average of 5.0 percent. This has encouraged many businesses to expand and prosper. There is another indicator of the government policies’ influence on the Pakistan Stock Exchange. When Imran Khan took the reins as PM, the stock market benchmark was floating at 42000 points, but slipped abysmally to the 27000-level. However, as he grew into his rule, the PSX rebound to the same level, in fact, the recent quarter has proved the Pakistani bourse to be among the globe’s best performing markets. So there are expectations of an even better performance in the days to come.

The challenge for this government is tax revenue, which has not seen notable growth, coupled with our GDP, which has contracted. This can be largely attributed to Covid-19. The IMF programme Pakistan signed up for, has also been suspended for the past six months, as we have yet to follow their condition of hiking power tariffs. However, the tariffs will soon be jacked up as per policy. This year the biggest challenge for the government is to surmount the circular debt and work out its exports, as the latter have not been good lately. I think the growth target of 2.0 percent, suggested by reports, will actually be in the 4.0 to 5.0 percent range, surpassing expectations. All in all, I believe we are looking at a better year economically, as compared to the last two years. 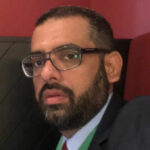