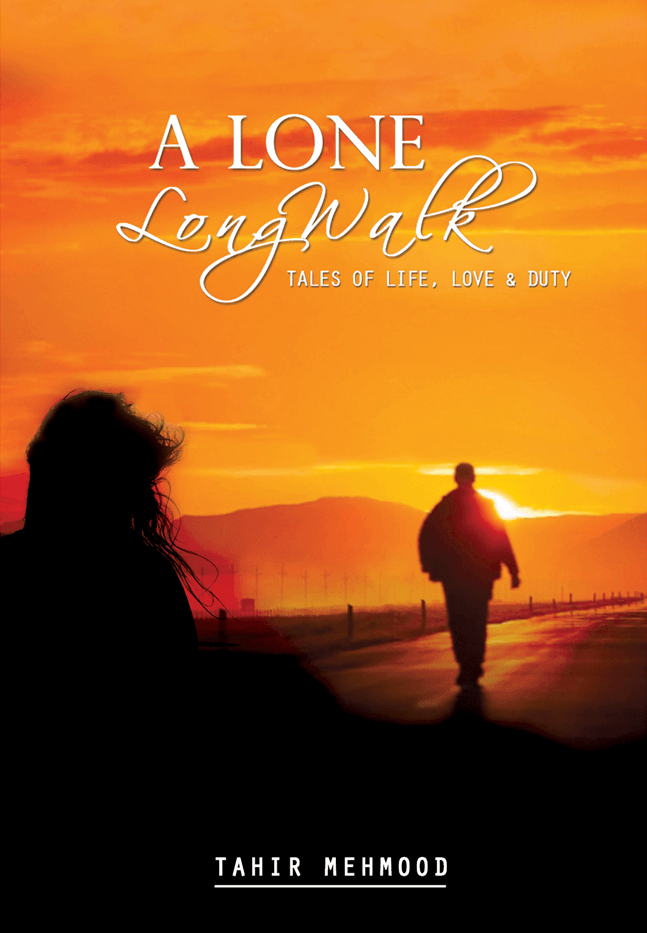 In a good short story, every word contributes to “a single and unique effect,” as defined by Edgar Allan Poe in his review of Hawthorne’s Twice-told Tales for Graham’s Magazine in the May of 1842. Centuries apart, Tahir Mehmood’s craft of short story writing can best be understood in this light. Readers cannot escape noticing a concentrated effort on the part of the writer, to compose an enduring and sustained narrative which evolves and revolves around tales of life, love, and duty.

His stories are crisp and rich in texture, sweet as Candy and complex as Riddle. Fate remains irreversible in his stories as it is in life. But he, being a writer, renders his characters with choices which life barely offers to us. Hence, his characters can introspect and understand the inevitability of both their actions and circumstances. In the fictive weave of Mehmood’s craft, we find characters and their conduct more inseparably entwined than they could have been in real life. Smoothly carved out of reality, his themes flow like the modern consciousness of man: cyclical, abstract, at times transient and temporal and, at times, drunk on eternity.

“To be, or not to be,” is not the question Mehmood’s characters wrestle with, primarily. They are in the know of their being, if not fully, then partially. They do not feel the “rub,” the way Hamlet felt it — the rub of not knowing what happens after death. It’s not particularly the existential crisis they suffer from but they learn to introspect to explore life in all its shades. Be that a soldier of He Chose to Die, sage-owls from The Next Day, a puppeteer from A Town Beyond Sorrows, a widow from She Lives in the Garden, a sad old man from The Stretch of Rise and Fall, a proud soldier and the husband of a lonely wife from Mortals Immortal, or Neelum — the painter of Line, his characters are dynamic; capable of being moved through love, compassion, and with an unyielding desire to question the given, and to dare the distant. They go through uncertainty, danger, defeat, love, loss, sacrifice, and silence to rummage through the folds of life with poise; be those folds dark or sunny.

Stories like The Remains don’t give us a sense of unrequited love lost to the war zone but an aching heart consoled in the bosom of nature. War may claim more than the lives of those who enter the battlefield; yet those who are left behind bleed the most. But these are the souls, in his stories, who are braver too.

At this point, it is important to talk about the balance that Mehmood strikes with his creative ingenuity. He does not move his war narrative with death and destruction in its wake. He does far more. There is a lot at stake in the battle among hard realities of war zones, imagined memories, subjective experiences, and poetic reconstruction of fact. While war historians always looked at the grand narrative of war; the “why” of it — the rationale of it, creative writers reduced the nuanced metaphor of war to a mere individual tragedy and the absurdity of human loss. While both entertain dissimilar conceptions of meaning to enter the war zones; a historian views a soldier’s death allegorically, as the expression of patriotism. However, a creative writer will judge it in existential terms, as something unique to the soldier concerned. When it comes to war themes, a creative writer hardly makes sense of the event but that of an individual experience. From Homer’s epic Odyssey, to Tolstoy’s Hadji Murat, or Crane’s The Red Badge of Courage, to Barker’s Regeneration, and Faulks’s Birdsong, creative writers always tried to denude war of its idealism, abstraction, and larger than life ramifications. All in an effort to make it more human, deep and penetrating. And this is exactly the point where the gap between a war historian and a creative writer widens.

Mehmood tries to bridge this gap. He knows how to relay the sensation of war into fiction with ease, grace, and honesty, keeping it human without stripping it off its idealism. His subtle, visceral renditions of uncharted terrains of both landscapes; physical and emotional, leave his readers vulnerable to his nuanced power of story-telling. In short stories where there is a very narrow scope of complex plot-development, Mehmood imparts his characters with emotional and psychological depths to set them off on an unending journey of self-discovery. This process of writing serves as a kind of reclamation of those lone long walks that divulge inchoate and nebulous stories — stories to bring home the glory of the lonely yet brave hearts. He does not slot them in hard and fast symbolic frameworks. His soldiers may feel torn asunder from within when away from home with hearts filled with memories, yet they choose to die for millions to live in peace.

Mehmood has an instinctive ability to halt the narrative for readers with his poetic spells. At a point when authors usually allow their characters to unfold in the uninterrupted glory of their narrative, he holds them back with his poetic interludes to weave a mystique around them. To sum it up in Mehmood’s words: From a drop to ocean, diamond to dust, Divinity reveals itself in silence, solitude, and nothingness.