A Guide to China

The emergence of China as a major global player, through its unique governance and economic and social model of development, has stunned the whole world. Additionally, projects like the China-Pakistan Economic Corridor (CPEC) and the Belt and Road Initiative (BRI) have enhanced the regional, as well as global influence of China immensely. However, the extremely influential western media does not accept China’s rapid progression in its true spirit. Owing to its unique style of governance, China is often represented as a rigid monolithic state. As an avid reader and researcher of CPEC and Pakistan-China relations, I often felt that there was no realistic and objective analysis of the Chinese way of conducting business and foreign relations.

Although there are numerous researchers working on CPEC, BRI and the Chinese economic philosophy, yet there are few who write with an unbiased approach. However, I was pleasantly surprised to read, Understanding China for Future Cooperation, written by Shakeel Ahmed Ramay. It is a meticulous depiction of CPEC in the context of sustainable development, political economy, diplomacy and the growing regional influence of China. The author has not only delved deep into the multi-layered pluralistic governance style of China, but also tried to debunk the propaganda against various CPEC projects through online and print media. Since its inception, CPEC has remained hugely controversial due to the lack of any holistic statistical analysis from any official resource. Through the articles and research papers encapsulated within this book, the author has tried his best to contain the concept of ‘debt trap’ as projected by the western media. Shakeel Ramay’s work on China’s soft diplomacy and their win-win approach has made this book a must-read for all, specially researchers and students aspiring to understand the changing global political scenario.

The most commendable aspect of this book is that the author has not randomly initiated his research on any dimension of CPEC. Before going into the details relevant to the political economy of CPEC and its humongous benefits to Pakistan’s economy, the author has skilfully captured the essence of China’s vision of interplay and diplomacy. Through CPEC and BRI, China is not doing anything which is not a part of its cultural diplomacy; rather, it is only fulfilling the dream of Mao Zedong. Through a series of reforms, China has reached the current state of revolution, where it is not only thinking about the development of its own citizens, it wants to contribute to the well-being of the entire region through its concept of shared diplomacy. The author has also highlighted the philosophical connection of President Xi Jinping’s philosophy with Confucianism and Taoism — a connection rarely made by current researchers.

Another unique aspect of this book is that the author does not confine himself to the economic impact of CPEC. Most researchers and authors are unable to move beyond the economic implications of BRI and CPEC and fail to connect it with China’s environmental efforts. Unlike other western nations, who paid no heed to environmental considerations and blindly pursued economic progress, China is currently leading in all the efforts to keep carbon emissions under control. With the concept of ecological Marxism, the author has elucidated the eco-civilisation goals of China’s ruling authorities, meant to enhance the economic, social, political and cultural well-being of common citizens. The concept of eco-civilisation and the relevant diplomatic policies have been elaborated upon in a clear and concise manner.

The governance and development model of China is another topic discussed in detail by the author. The problem with the Chinese governance system is that it is often misunderstood and misrepresented as a dictatorship when, in reality, it is a pluralistic governance structure which not only ensures decentralisation within a centralised system, but also protects the element of accountability within the governance system. The author has expertly narrated the detailed model of governance, along with the orientation of the Chinese decision-making model. China’s development model, which has successfully alleviated the poverty of millions within a few years, also forms an important part of the book. While the western authorities remain sceptical of the whole process, it is a reality that through provision of better educational opportunities, improved economic prospects, ecological conservation and protection of basic human rights, China has managed to improve the living conditions of its citizens. The author has linked the rapidly improving living standards of the Chinese population with the massive technological upgradation, innovation-based economic growth and the current era of industrialisation.

The critical aspects of a multi-polar world, instead of a uni-polar one that existed till a few years ago, has also been described in detail. The author has compared Chinese foreign policy with those of other western countries, especially in the times of COVID-19, so as to prove its resilience to numerous political and fiscal challenges faced by the world. The author clearly states that China’s quick evolution shows that its role in the changing global political scenario cannot be overlooked by anyone. Therefore, whether any state views China as an enemy or a foe, the fact is that the future belongs to those who can understand and work alongside China. Shakeel has dispelled the theory of China’s growing influence posing a threat to mankind and has strongly projected that China’s development model is a clear depiction of shared prosperity alone.

The book is divided into four sections, and each section comprises relevant articles by the author on issues of sustainable development, political economy, diplomacy and regional context vis-a-vis CPEC projects. All the articles are interesting as the author shares different objective-based analyses with the readers so as to enhance their understanding of CPEC. He has specially discussed the influence of CPEC on Pakistan, so as to highlight its future economic implications along with social consequences for the whole region.

All in all, Understanding China for Future Cooperation, has boosted my understanding of CPEC. I was able to understand the basic essence of CPEC and BRI and how China is trying to build a community-based notion of shared prosperity. Additionally, it has improved my knowledge of China’s progress and their chain of reforms. I would highly recommend it to all those who are interested in the history of China and its gradual evolution to the present stage.

Previous articleA Tumultuous Tenure
Next articleNot Back to the Future 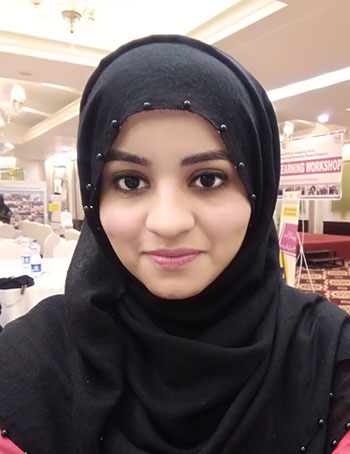 Aimen Baburhttp://narratives.com.pk
The author is a Mechatronics engineer turned development enthusiast. She is currently working as a Research Manager at the Asian Institute of Eco-Civilisation Research & Development (AIERD).

A Chinese Foreign Ministry Spokesperson said on Wednesday that...