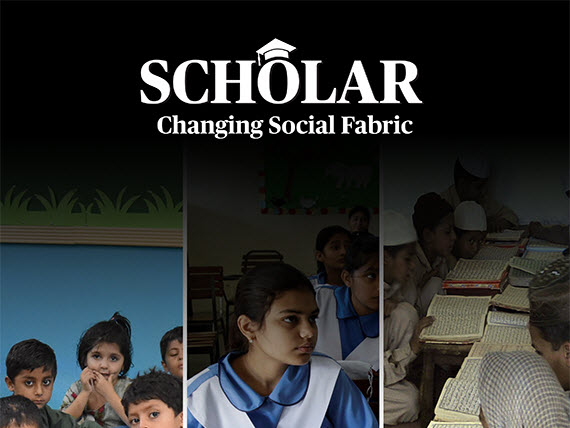 The formulation of a Single National Curriculum (SNC) for schools and madressahs in all segments of Pakistan’s education sector is being conducted by the Ministry of Federal Education over the past two years.  The process reflects, as of the time of writing this text, dimensions of consensus as well as controversy and contradictions.

The SNC is a prominent part of the 2018 PTI election manifesto.  There is perhaps an unspoken, yet real desire to complete the process of formulation and implementation by the next election in 2023.  While the aim of attempting implementation within an electoral term is understandable, it is hoped that an accelerated pace is not pressed purely for partisan electoral purposes. This subject is of crucial importance for the present and future generations of Pakistanis.

It is pertinent to note that the government led by President Pervez Musharraf in 2006 had introduced a National Curriculum from which the new version derives significant parts.  Implementation and monitoring of the 2006 NC was derailed by the events of 2007-2008 that ended his tenure.  While about 60 per cent of the 2006 NC has been rightly retained in the 2020 SNC, the section of the 2020 SNC dealing with subjects such as Computer Science has introduced about 70 per cent new material in order to reflect new developments in science and technology over the past 14 years.

The individual leading this process in 2020 is Shafqat Mahmood, Minister of Federal Education, Professional Training and National Heritage. He has demonstrated qualities of balance and moderation. He is willing to listen with patience and respect to critical and sceptical comments on the process and the draft text of the SNC.  He is assisted by Rafiq Tahir, Director- General in the Ministry. The task is unenviable : to reconcile viewpoints that are polar opposites on basic issues and to forge a consensus between the Federal Centre and the 4 provinces and regions as well as a consensus between sub-sectors and institutions within the five broad sectors of one Federation, four provinces and regions.  For example, between the civil and the military spheres of school education, between public sector and private sector (further sub-divided into high-fee schools and low-fee schools), between conventional systems and diverse religious madressah systems.

Some principal perceptions — or misperceptions — are being projected in the discussion unfolding in both print and electronic media. One is that the SNC is being imposed by the Federal Centre on the four provinces.  This perception blithely ignores the fact that, particularly after the 18th Constitutional Amendment of 2010, the Federal Centre does not have the power and authority to arbitrarily impose the SNC on any province. This misperception also strangely ignores the hard fact that, from the start of the process in end-2018 to date in 2020, all four provinces have willingly participated in deliberations.  Provinces and regions retain full discretionary powers to interpret the implementation of the SNC when they, in turn, formulate their respective schemes of studies which take the process of implementing the SNC to a brass tacks level.  Provinces have already contributed their comments.  In the case of Sindh, total, unqualified endorsement has been withheld on some aspects.

This last reservation is reportedly related to the religion-related content proposed in the draft SNC.  But this should not come as a surprise.  Even when, in 2017, before the initiation of the on-going consultative process of SNC by the PTI government, the compulsory reading of the Holy Quran (Nazira-e-Quran) law was enacted during the PML(N) government both at the Federal and provincial levels, Sindh was the only province which did not enact the law that requires the mandatory reading of the Holy Quran to be initiated from Class-I.

Thus, the draft SNC currently being discussed in 2020 has to be read in conjunction with a legally mandated provision inherited from the previous government.  Without proposing memorisation, fully authenticated sections of the Hadith are required to be read.  Presumably due to the engineered hyper-sensitivity about anything to do with Islam, the PTI government at the Centre, in Punjab and KP and its allies in Balochistan have not attempted to amend or reverse the Nazira-e-Quran law.  Sindh remains consistent in its reservations.

A second misperception about the draft SNC is that it seeks to arbitrarily regimentise the content of education and thereby suppress the rich diversity and pluralism that is an intrinsic element of Pakistani society.  A perusal of the draft SNC will conclusively establish that this is an incorrect and misleading contention.  There are several explicit acknowledgements of the cultural, linguistic, ethnic diversity within the Pakistani nation.  At the same time, just as in other countries, there is advocacy for the building of a broad, unifying national identity.  The co-existence of pluralism and of singularity is possible as long as they are aptly contextualised.

A third misperception being projected is that the SNC claims to address — or does not address — all the crucial, fundamental problems that afflict education in Pakistan.  For instance: training of teachers; severely inadequate physical infrastructure in government schools; emphasis on rote-learning; deficiencies in educational aids; flaws in evaluation aspects et al.  At no point in the draft is there an attempt to either ignore or to promise resolution of these problematic issues because these are beyond the scope of the SNC. The vital operational facets need to be addressed separately and urgently by each government entity concerned.  Further, contrary to the allegations about undue standardisation, the draft SNC repeatedly stresses encouragement of critical and creative thinking and for the first time offers ways to tangibly assess the impact of education through Student Learning Outcomes and through evaluations of teacher performance.

There is then the assertion being made, that the draft SNC will swamp the non-madressah segments of the education system with graduates from madressahs who will conduct the teaching of Islamiat. While there may well be an increase in the number of madressah graduates employed in non-madressah schools, it needs to be remembered that an increasing number of madressahs are also providing contemporary, non-religion related content in their own education processes.  Appropriate criteria of merit for selection of such teachers will also prevent an imbalanced influx.

This writer continues to have strong reservations about the rationale for the Nazira-e-Islam laws enacted in 2017.  The proponents of this law refer to Article 31 (2A) of the Constitution to say that the law simply gives practical shape to a requirement of the Constitution.  The relevant text reads: “Article 31 Islamic way of life… (2.a) to make the teaching of Holy Quran and Islamiat compulsory, to encourage and facilitate the learning of Arabic language and to secure correct and exact printing and publishing of the Holy Quran.”  So, unless the Constitution is amended, that law is entirely valid and obligatory.  Yet, we as a nation must acknowledge that in a society that is overwhelmingly Muslim — 97 percent — every child is already fully immersed in the Islamic milieu.  The call to prayers is heard five times a day in every neighbourhood; almost every Muslim home has a copy of either the complete Holy Quran or sections of its sacred text; for 30 days a year, fasting is devoutly practiced in most homes; there is solemn observance of Muharram; there are major festivals such as Eid-ul-Fitr, Eid-ul-Azha, Eid-e-Milad-un-Nabi; many families  perform Umrah or Haj each year; millions throng at shrines of Sufi saints; and religion marks common activities such as births, weddings, funerals.  There is little justification for loading a child with religious content when the family, the household, the community and society at large already provide a comprehensive religious framework. A major feature of the draft SNC that is not being given fair attention is the fact that, for the first time, non-Muslim children in schools will be able to study aspects of their own religion as a separate subject under “Religious Studies.”  Prominent non-Muslim educationists and scholars formulated the curriculum for this subject.  Previously, non-Muslim students were required to give attention to their religion under the broad subject of General Knowledge or Ethics rather than the exclusive focus now rendered in the draft SNC.

Even though the process has involved interactions with over 400 individuals associated with virtually every part of the education system, it is claimed by some that the process has not been ideally inclusive and broad-based.  Perhaps the Federal Centre had to exercise a cut-off about numbers because, at a given point, numbers can become unwieldy.  Among the 400 individuals and entities that have contributed their views and expertise are those representing non-official yet wholly credible institutions such as the Aga Khan Education Foundation and The Citizens’ Foundation, high-fee charging English medium private school networks as well as religious madressahs; educationists from rural and urban areas in the civil sector, and institutions from the military spheres as also citizens like this writer who humbly serve the cause of education on a voluntary basis.

The issue of the medium of instruction from Classes I to V remains unresolved.  In an extraordinarily multi-lingual society where Urdu and English also exert an exceptional influence and allure, there is an unavoidable complexity to the challenge of creating unanimity on this subject.  As per the 2017 census, even though Urdu is the mother tongue of only about 9 percent of the population, it is clearly the single most popular lingua franca for 220 million people. Whereas English is spoken regularly by a very small percentage, it is an official language along with Urdu and is the language of the courts, the bureaucracy, the armed forces, the corporate sector and is regarded as an aspirational model for the vast majority of low-income and middle-income segments of the population.

A hybrid language of “Minglish” is also widely in use. Even illiterate people fluently use several English words and phrases.  Every adult Pakistani has a National Identity Card that also uses English (and Urdu) to give personal details.  English is also used in currency notes and postage stamps.

Where global research establishes that a child absorbs best when imparted education in the mother tongue in the first few years in school, there is a strong, almost overwhelming demand for the use of English as the preferred medium, if not a guarantee for further progress in education and employment. With Pakistan being the fastest urbanising country in South Asia, there is now the phenomenon of four or five different mother tongues being spoken by children in a single classroom in many parts of Karachi. Perhaps the most appropriate response to this issue is to leave the final decision to the provinces and the Federal Centre, at the risk of permitting the status-quo to continue.  But in the hope that variety and unity — not uniformity! — will evolve into an accommodative synthesis.

There must be something good about the draft SNC. On the one hand, it is being harshly criticised for being too religion-heavy by those regarded as secular and liberal. On the other, the head of the Jamaat-e-Islami has recently alleged that the SNC is being prepared by the enemies of Islam and Pakistan.

In the 21st century, as the momentum of change increases in all spheres, we should enable the formulation and the implementation of an SNC that truly empowers the nation to effectively overcome historic disparities and dichotomies and to face the unknown future with confidence and cohesion. 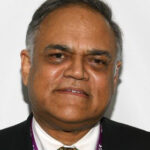 The writer, an honorary Adviser to the National Curriculum Council, has also served as a Senator & Federal Minister
View Posts
Academe