Daron Acemoglu, in his famous book, “Why Nations Fail”, tells us that industrial revolution in England became possible because of two historic events. He states that a strong centralized power of the state is the first essential ingredient for nations to progress. For centuries, England remained mired in dark ages because the king who was the central authority depended on aristocracy and Church which weakened the state’s power. In 1485, Henry VII demilitarised barons which increased state’s power to exercise its will. The second historical step was taken when Henry VIII broke with Roman Catholic Church and confiscated all land and assets of the clergy. These two institutions were impediments to making progress and after the task was accomplished, it paved the way towards industrial revolution which ushered us into the modern era of human history.

Currently, our society is a hotchpotch of institutions, some of which are relics of our past which came into existence to solve certain challenges at a certain point in history. After societal evolution created new challenges, these institutions lost their relevance but somehow managed to linger on like parasites. Despite losing their efficacy for society, these institutions persist because they serve economic and political interests of a powerful elite. At the same time, modern, globalised world has superimposed on us some new institutions. Democracy and capitalism are two prime examples of modern packages we have borrowed from the West. There is a constant conflict between the old and the new. The anachronistic ones don’t fit into the overall structure that modern political and social fabric demands.

A cursory look at the sitemap of our society will instantly catch two dilapidated institutions protruding above the relatively smooth social surface. The most prominent is the institution of feudalism which is still alive in parts of Punjab, Sindh, and Balochistan in different shapes. This institution played its part during evolutionary phase of different human societies in the past. But now it has become not only a liability but also spawns many social speed breakers that hamper every effort to initiate a smooth and progressive journey towards better future.

The economic cost of feudalism is out of our discourse. It is the social and political aspect that must be considered in detail. There are two important points in this regard.

The keyword to unlock the mystery of feudalism is “sense of possession” which starts with land and animals and like a viral disease, it gradually begins to engulf other areas of human life. Women are the prime target of this mindset as they are treated like animals in landlord’s possession and safeguarded as the tract of land he occupies. It’s a misconception that we can wipe out gender discrimination through constitutional or legal route. Feudalist mindset creates ripples that travel downwards and secretly creep into the deep recesses of collective social mind. This is the main reason honor killing is perpetrated across every section of our society. Forced marriages, defiance of traffic rules and disregard of standing in queue also spring from the same feudalistic mindset that deems itself above the law.

From political point of view, this group of landlords is a visible impediment in the way of creating a truly democratic political culture. Every progressive party faces the dilemma of being narrowed down to a small political entity or get sucked up by the monster itself. Basic flaw in our political system lies in the fact that it is a hostage of the so called “electables”. These symbols of status quo gradually dominate the party and, in the end, all political entities look the same.

Religious seminaries or madarsas come next in the list of those institutions that are relics of an old tradition. Its syllabus consists of knowledge created many centuries ago. At certain point in history, such views were radical, but time has changed now. Seminaries generate a mindset that deems itself out of synch with a world which it abhors because it can’t find its place in it.

This institution of religious education is far more dangerous than feudalism due to multiple reasons. First unlike the dwindling fate of feudalism, mainly due to division of land through inheritance, religious seminaries are expanding and insinuating the minds of new generation with extreme ideas. Secondly, it has surrounded itself with a strong fort of religious sentiments that makes it impregnable. Let’s explore the social cost that we must pay for the mushroom growth of these seminaries.

In his impressionable age, a madarsa student gets indoctrinated by centuries-old ideas. After going through a long process of education, he steps into the practical world only to face a shocking revelation that his skills have little value for the society. This bewildered and angry young man is equipped with a double-edged sword. All that is injected into his mind is hatred against the modern system and its supporters which is reinforced when society accords him the lower status as, for example, Imam Masjid. At the same time, he is filled with a misguided belief in his moral superiority over those who possess higher social status. This dichotomy makes him a hurdle for society in different ways. He may be a likely candidate for a terrorist group. He may become a facilitator for such obnoxious activities. Even in political field, he guards everything which represent status quo. He instantly threatens to take to the streets whenever government tries to implement a progressive agenda.

On political level, this is the second example of a phenomenon that weakens state’s authority. A three-year ban on YouTube was a classic example of a situation when government writ was compromised. For more than a decade, our political class showed hesitation in launching an all-out war against terrorists because of this section of society. Government can’t take bold decisions in foreign policy, economics, or education because of this mindset.

While feudalism must be destroyed, religious seminaries are a different case. These institutions are supporting millions of poor students and giving them education. Government needs to take two steps; first state should expropriate these seminaries, change the whole syllabus so as to adjust it in accordance with modern world. Secondly the current teaching staff must be replaced with young teachers who are well educated from modern institutions. Without taking this bold step, extremism can’t be rooted out. It will rather continue prevailing at an alarming speed.

Historically both feudalism and religious seminaries have been in unison with each other. Both have always been supportive to each other, reciprocally protecting their interests. Religious thought process provided the legitimacy for feudalism which in return allowed the mushroom growth of religious academies in their areas.

We need to show some spine and take bold decisions to eradicate feudalism and reform religious seminaries to break the shackles of status quo. 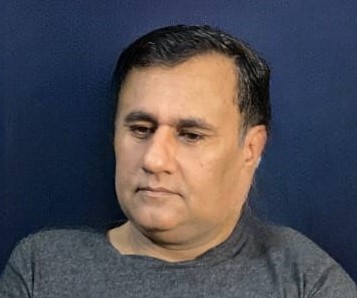