I think it was Friday, February 12 when I last heard from Maliha Khan. It was her last day in office before she bid farewell to Narratives. She was set to start a new job at an advertising company on Monday. That Friday Maliha came in to say goodbye to her colleagues and to make sure she had left no assignment undone. As always, that day too she was focused and responsible, meticulous in her duties, and about clearing her desk and wrapping up.

In the tough and often rough world of journalism, there is usually little room for sentimentalism or polite discourse. So, that Friday, it was a brief, matter-of-fact exchange of information between us. I wished her luck in her new assignment and said goodbye. But I did add that I hoped her separation from journalism would be a brief one. “We cannot afford to lose a fine journalist like you to the advertising world,” I told her. She politely responded that she would wait for an offer.

Of course, a new, struggling magazine could not match the salary and package offered by an advertisement firm, but being the die-hard optimist I am, I thought one day we could lure her back into journalism.

That, however, was not to happen.

Maliha took up her new assignment on February 15. The very next day she met with a deadly road accident. She was put on a ventilator, but slipped away after only a few hours. Her head injury proved fatal.

My first reaction was to question the terrible senselessness of Maliha’s death. She was so young, so talented, so full of life, and she worked so hard to fulfil her dreams.

I met Maliha during my first stint at Bol News — some time between the end of 2016 or at the beginning of 2017. She was part of the programming team at Bol, petite, delicate, jeans-clad, but hijab-wearing. In the crowd of many bold, loud and aggressive youngsters, she could have easily gone unnoticed. But she slowly made her presence felt as a calm, responsible and thinking part of the team, to emerge not long after as the leading member of the pack.

What made her stand apart from most of her peers was her reading habit. There was always a book in her hand. And she would waste no opportunity to discuss those she could access with her seniors, ask them about new titles or old ones they recommended. Constantly focused on improving herself, Maliha was among the very few members of the team who was equally fluent in both Urdu and English.

I left Bol News in early 2018 and moved to Islamabad for a couple of years. Maliha kept the contact alive and visited my office a few times when she visited the capital. By then, she had herself moved to ARY News’ web desk.

In 2020, when Narratives magazine was being launched as a journalist-led venture, she joined the team — juggling many balls at the same time, from writing and editing to managing the magazine’s website and social media site. And whatever work she did, she did to near perfection. Though she had ventured out into the advertising domain, If she had lived, I am 101 percent sure that the lure of journalism would have drawn her back. Because Maliha Khan was a journalist at heart, and that too an ‘A’ class one. Her untimely death is not just an irrecoverable loss to her immediate family, but to the small family she left behind at Narratives, to all her friends and colleagues. It is so difficult to come to terms with the sad fact that Maliha — the wonderful little girl with big dreams which were all within her reach —has gone. May she rest in eternal peace. 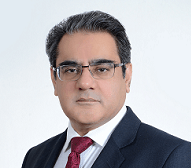 Amir Ziahttp://narratives.com.pk
The writer is a senior journalist and managing editor of Monthly Narratives.
Previous articleA Channel for Memons
Next articleOpen Letter