A Case for Local Government

Across the world, megacities are often accorded a privileged position in the national political setup. As commercial and financial capitals their status as the primary contributors to the national economy translates into extra attention being directed towards their local, municipal issues. Great effort is expended to make sure that business capitals are safe, clean and efficiently run, so as not to discourage potential investors and keep the money flowing.

Unfortunately, the same cannot be said of Karachi, Pakistan’s largest city, the twelfth largest in the world. This megalopolis is a rare example of a national cash cow that has somehow been relegated to the sidelines by the country’s political and economic elite, many of whom reside in Karachi. Chronically neglected, underfinanced and underrepresented, numerous local governments have, over the years, tried to turn the ailing city around, with varying levels of support from the federal government. All have, however, fallen short.      With the deterioration of Karachi, arguably now more evident than ever, Narratives spoke to former Karachi Mayor and senior member of the Muttahida Quami Movement (MQM) Wasim Akhtar to find out why local governments, including his, have been unable to deliver, what needs to change in Karachi and whether its citizens can expect better days ahead.

Karachi is one of the mega cities where over the years the situation has gone from bad to worse in terms of civic amenities and quality of life. Why is that?

The basic issue is that the local government system has been sidelined, and administrative powers have been divided between various entities. The KMC (Karachi Municipal Corporation), the Sindh government, cantonment boards and federal agencies all control their own patches of land. For example, the 12 kilometre strip from Star Gate to the erstwhile Metropole Hotel is under the authority of the Civil Aviation Agency. All the storm water drains in this area have been encroached upon. Yet, when it floods after the rains, everyone blames the mayor and the KMC even though we have no say over how this land is managed. The mayor only controls around 20 percent of Karachi. Until and unless administrative powers are not centralised under the local government and the mayor is given financial autonomy, municipal functions, be it the drainage system or the fire department, cannot possibly improve. The money that Karachi gets under the NFC Award is its own money coming back to it, as this city contributes the most to the federal coffers. However, this money does not reach the KMC; instead, it falls under the ambit of the Chief Minister (CM) of Sindh and is spent according to his discretion. Regrettably, the people who control and manage Karachi are from interior Sindh. They know nothing about Karachi.

For 13 years now we have had a PPP government that controls Karachi’s purse strings. What meagre amount the KMC does get via the NFC is barely enough to cover its employees’ salaries. Furthermore, the Sindh Local Government Act (SLGA) 2013 passed by the Sindh Government clearly states that however much tax is collected from Karachi, a certain percentage must be given to the KMC. But this money has not been given to date. Ad-hoc, one-time grants are not the solution, Karachi needs a permanent solution and that cannot happen without an empowered local government.

What in your opinion is the biggest hurdle in achieving empowered local governance?

In 2017 I submitted a petition to the Supreme Court calling for the implementation of Article 140-A of the Constitution in letter and spirit. I have begged both the current and former Chief Justice of Pakistan for a resolution of this matter, but nothing has been done. The Article states quite clearly that financial, administrative and political powers should be devolved to the grassroots level. Until it is implemented, what is the point of holding elections? It’s useless. What can a mayor like myself, who was given no authority and resources, deliver? I have spent four years fighting this battle, I have submitted petitions that are still pending, and no decision is forthcoming.

The amount the cities are owed should be given to them directly. The Sindh government would never want me to get the funds that I am due as I am their political rival. If I get those funds I would sponsor development, my vote bank would get stronger. Frankly speaking, the PPP has never got the Karachi vote and never will. But then if we look at the state of their own cities like Larkana or CM Murad Ali Shah’s own constituency, Sehwan, then what is happening to Karachi is not really surprising. Unfortunately, people of a feudal mindset will always be against devolution and ask for more centralisation.

Why is the central government unable to help? There was talk of turning Karachi into a federally run district. Could this work?

After the 18th Amendment, the federal government has no say in Karachi. The talk of turning Karachi into a federally run district was just that. The 1.1 trillion rupees that was promised as part of the Karachi package is nowhere to be seen. I have told the CM, the Prime Minister and the Chief Justice to take Karachi’s issues seriously. Karachi’s tax bill accounts for 95 and 65-70 percent of the Sindh and federal government’s revenues respectively. Karachi is a special case; it cannot be treated the same way as Lahore, Quetta or Peshawar. Instead, Karachi is undervalued. Just look at the census, it undercounted Karachi’s population by almost 50 percent. It would be absurd to think that we can make the right policies for a place when we do not even know the size of its population.

The MQM has been part of many governments and there were times when your party also enjoyed tremendous influence and power. Yet, the structural changes needed to fix Karachi were never carried out. Why could the MQM not fight Karachi’s case properly?

Under the Musharraf government we were given support and money over a four to five year period. In that period we did all we could. Undoubtedly, we made mistakes, we focused too much on bridges and underpasses instead of the underground infrastructure. We didn’t work enough on the water problem. That being said, Karachi is a large city and all of its problems cannot be solved in such a short period. It has been seven months since I stepped down as mayor. All the departments are with the PPP. What are they doing? At first they would accuse me and the MQM of not doing enough. Now that we have gone, what is their excuse? Look at transportation. Even after 13 years the Sindh government has failed to get a single bus running. If we combine the NFC Award and Karachi’s contribution to provincial revenue, the Sindh government gets about Rs. 1.2 trillion per annum. So where is this money going?

If Karachi cannot rely on the provincial or federal governments for revenue, what can be done to enhance revenue collection at the local level?

Under the current system the mayor cannot sign leases for longer than a year without the permission of the Sindh government. Why? Because it gives them an opportunity to collect rishwat. This creates a barrier for public-private partnerships, as such a short-term lease is unattractive for private investors. As mayor I approached a Chinese company to build an overhead bridge from Karachi to Hawks Bay, they agreed, but the Sindh government wouldn’t let the project proceed. On top of that, they (the PPP) have divided Karachi into six districts, so a function like parking, which is supposed to be under the KMC, is divided across the districts making it harder to track where the revenue from parking is going.

Given that Karachi is the country’s business capital, what role do private enterprises have to play in achieving better governance?

When I was mayor I met several responsible people in the KCCI (Karachi Chamber of Commerce and Industry) and the FPCCI (Federation of Pakistan Chambers of Commerce & Industry) I tried my best to convince them to work on the land that was under the KMC. I’m sorry to say no one stepped forward to help; they are not bothered even though they were made by this city. With great difficulty I gathered some architects and some consultants to work on Nehr-e-Khayyam. We made some progress but the PPP wouldn’t let us proceed, so they backed out.

Won’t the demand for a new province add more fuel to the fire given it is such a sensitive issue? Why not just fight the case for powerful local governments?

If you don’t give this city any powers, any resources, and yet take money out of it, it is only natural for people to raise this demand. You know and I know that Karachi pays more in tax than anywhere else, so its people ask what do we get in return? We don’t have roads, footpaths, dog bites are out of control, so of course they will ask for their own province.

Going forward what’s going to happen to Karachi over the next two years? Going forward I fear that we may get water riots in Karachi. The Tanker Mafia is out of control. Meanwhile inflation is skyrocketing, and people are fed up which leads to agitation. Right now the political parties are holding the people back, promising that they are working on the water issue, but they cannot do so forever. I don’t think anyone is really interested in Karachi — look at the visits of the PM to Karachi on these issues. Where is he?

Previous article‘Victim of Propaganda’
Next articleA Tale of Two Cities 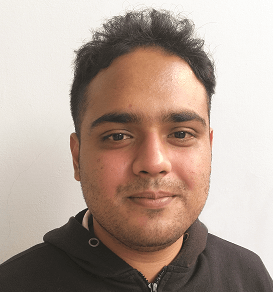 Sami Subhanihttp://narratives.com.pk
The writer is a staff member

Indicators suggest the Pak economy is on the upswing. But can that be sustained?

If an integrated approach is not adopted to address the problem of solid waste, the next spell of rain will again lead to flooding and disaster in Karachi

The Past is Another City

“The PPP is trying to deliver in Karachi, but we there is a vicious propaganda campaign against us”