Certain aspects of the recently-enacted State Bank of Pakistan (amendment) Act 2021 are highly debatable for many reasons. It is one of the most important public institutions and corporations of Pakistan. The standards for its governance, autonomy and accountability have far reaching implications for not only the economic and financial performance of the country, but also for the adoption or replication of similar standards for other institutions and corporations, particularly those belonging to the public sector.

Despite serious criticism by the opposition parties and many independent experts, the government did not invite, or participate in, a serious public debate regarding the pros and cons of the amendments before these were passed by the cabinet and the National Assembly. This approach is not in line with the democratic traditions and principles. The government would be well-advised to hold this debate even now. Better late than never. The debate should be held in the spirit to review the principles and objectives underlying these amendments; to evaluate whether the amendments are in accordance with sound principles of governance and the national interest; to learn from any mistakes that may have been made; and to identify and take actions to rectify those mistakes, where possible.

As these amendments have been introduced during an International Monetary Fund programme, and largely as part of its conditions, the government is likely to defend itself against the mistakes of the first type by contending that these were non-negotiable conditions, and therefore, it did not have a choice.

It seems difficult, however, to envisage a plausible defence on part of the government in the case of mistakes of the second type. It is only reasonable to expect that the IMF would be neutral towards any amendments that the government wants to introduce on its own and are in accordance with the internationally recognised principles of good governance. The most likely reason for not making such amendments is either a lack of understanding or a lack of interest on the government’s part.

The purpose of this article is to highlight a mistake of the second type that, in my opinion, has been made, and which needs to be thoroughly debated with an open mind, and, hopefully, rectified through further legal amendments.

The thrust of the recent amendments has been to grant greater autonomy to the State Bank of Pakistan. This is a good thing provided that, firstly, a strong case can be made that the existing level and extent of autonomy is insufficient, and, secondly, the enhanced autonomy is fairly balanced with robust mechanisms for performance management and accountability.

Let us assume, for argument’s sake, that there was a strong case for granting enhanced autonomy to the State Bank of Pakistan. Without going into the merits of the measures that have been taken to grant enhanced autonomy, which we can discuss separately, let’s focus on the question whether the enhanced autonomy has been fairly balanced with robust measures for performance management and accountability.

All corporations, whether public or private, suffer from an inherent agency problem i.e. the risk that its managers may not work in the best interests of its owners. The responsibility for performance management and accountability of a corporation’s management lies mainly with its board of directors. A widely recognised and important principle of corporate governance, devised primarily to address the risks arising out of agency problems, is that one individual should not simultaneously hold the offices of chief executive officer and chairperson of the board of directors of the same corporation. This principle is even more important in the case of a public corporation which is ultimately owned by the government — an impersonal entity — rather than a group of individuals. Needless to emphasize that such mechanisms are necessary to avoid the potential conflict that exists when the same individual holds both offices.

Interestingly, this anomaly already existed in the case of the State Bank of Pakistan. The law (SBP Act 1962) stated that the Governor of the State Bank shall also be the Chairperson of its Board of Directors. This was arguably the weakest link in the corporate governance structure of the SBP. The government should have amended the SBP Act long ago to restore the balance of power between the Board of Directors and the Management of the central bank. Preferably, the Governor should have been made a non-voting member of the Board. At the minimum, the Governor should have been made a voting member but prohibited from becoming the Chairperson of the Board.

The recent amendments offered a golden opportunity to do so. As most of the amendments were meant to further enhance the powers of the SBP as an institution, the need and justification to have internal checks and balances within the institution were even stronger. It is surprising that the government chose not to do so even as part of the recently introduced amendments.

Apparently, it was not a condition of the IMF to let the same individual hold both most powerful offices in the central bank. The IMF’s own literature (reference to the content of the course titled ‘Foundations of Central Bank Law’) recognizes the separation of the offices of the Governor and chairperson of the Board of Directors as the superior governance principle. The principle of separation of these two offices is so widely accepted and well-entrenched in the governance literature, that it is difficult to envisage any opposing views on this matter. If it turns out that the IMF insisted, or even supported, the holding of both of these offices by the same individual, then further questions will arise as to why the IMF would do such a thing.

In case of the former, it is worrisome that the government is oblivious of the major governance flaws (let alone the questions of whether or how to fix it) of one of the most important national institutions, and is content with doing only that much as is required by multilateral lenders such as the IMF.

In case of the latter, it is worthwhile to know who the government’s key advisors and decision makers on this matter were, and what they were thinking, while making this decision.

The ultimate, million-dollar question is ‘what is the difference between being autonomous and being unaccountable?’ In my humble opinion, a national institution whose performance can be evaluated and rewarded or sanctioned only by its Board of Directors, and not by the government, and whose chief executive is also the chairperson of its Board, is well past the status of an ‘autonomous’ institution and has reached the status of an ‘unaccountable’ institution.

The media would be well-advised to hold a well-reasoned debate on this matter so that the viewpoints of the government and the critics are properly explained and the general public, the analyst community, and the current and future makers of such decisions of high national importance, stand educated. 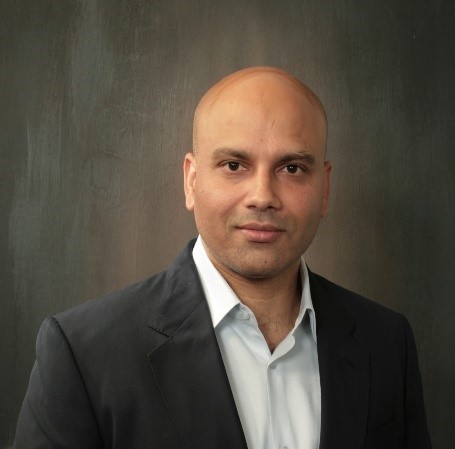 Abdul Rehman Warraichhttp://narratives.com.pk
The writer is a financial consultant, who served as Director General (debt), Ministry of Finance.
Previous articleIndian Mercenaries are Back
Next articleThe Khaki Conundrum

Over the last few months, Pakistan has lived through...