Several questions are often raised in the context of governance. Why do we need Institutional Reforms? What good they can bring to the country? Why is it so difficult to get these reforms implemented? These are valid questions that need to be addressed.

First, these reforms are needed as the country’s governance is dependent upon the efficiency and effectiveness of these institutions. Whether it is industrialisation or energy or law and order or education, every sector is lagging behind because the vehicles through which the delivery can be made have become dysfunctional. To revive and make them functional is by no means an easy task and takes years even if a broad consensus is reached.

Second, these reforms are of structural nature and long term. If they are successfully implemented, they help in shifting the economic growth curve from a low level equilibrium to a higher level which keeps moving on an upward path with the passage of time.  Japan, Korea, and China are three examples of countries that have made successful transitions from low growth to high growth within a few decades – an unparalleled feat in human history – by strengthening their institutions working cooperatively with the private sector.

Third, there is a misconception that a technocratic fix can be found for these reforms. Technocrats can design the schemes but the implementation has to be politically driven as they entail difficult choices and compromises. These choices cannot be made by unelected technocrats as it is only the elected representatives of the people who have to face the consequences before the electorate. The background technical work can be carried out by task forces and committees of experts but the crucial stage i.e. of debating and discussing them, making compromises, reaching consensus, messaging and carrying the people along with the proposed reforms belongs solely in the domain of the elected representatives.

Some of these reforms, to have a long shelf life, after having been endorsed and approved by the Cabinet and the Executive branch have to be presented to the legislature requiring the approval of the Parliamentary Committees and the Parliament. This process of negotiation, persuasion, give and take can also be steered by the elected representatives only. If the relations between the party in power and the opposition are tense or polarised, the chances of even the best crafted piece of legislation getting through are quite dim unless the party in power has a clear majority in both the houses.

Once the law has been enacted, the next hurdle is to face the resistance and fierce opposition of the Public/Civil Servants who are likely to lose their privileges, perks and entitlements once these reforms are introduced. Every reform has losers and gainers. The losers are well organised as the losses are immediate and clearly visible while the gains would accrue with the passage of time and would be diffused throughout the economy. This asymmetry between the timing of losses and gains is the main reason for the failure of the reforms. There is hardly any champion who would speak out in favour of the reforms as there is no group which is likely to get instantaneous benefits. For example, some of the employees  in Steel Mills, PIA etc. may lose their jobs as a result of restructuring or right sizing, because in absence of that the enterprises would never become financially viable and would remain a drain on the exchequer. Those who have lost their jobs would come out on the streets to agitate, use the media and win the support of the opposition parties. It is now the political calculus of the leader and the party in power whether to yield to these pressure tactics, roll back or reverse the proposed reforms or stick to them despite this resistance or modify them.

There is a strong likelihood that those adversely affected through  early retirement of non-performers, supersession as the new promotion rules are  based on merit rather them seniority etc. would challenge these policies in the higher courts. In many cases stay orders are granted and not vacated for a long time. In many cases the courts have upheld the decisions of the Executive branch and concluded that the judiciary has no power to interfere in the domain of the Executive branch provided due process has been followed and fair play and objectivity have been exercised in reaching the decisions. In other cases suo moto action may be initiated by the courts, keeping the reforms in abeyance. Should political leadership and the collective wisdom of the elected representatives decide to appeal against the lower court findings it may take some more time for the reforms to be put in place.

This journey from design to deliberations, debate, decision point to delivery is arduous and time consuming and can entail compromises and concessions along the way. The final shape may deviate significantly from the original design and the originally intended impact may be severely diluted. Careful calculation of political costs and benefits determines the final outcome and in most cases the short term instinct of survival at the next elections may dominate. It is against this background that we have to examine the public policy choices and reforms.

It is quite clear that reluctance to increase utility tariffs or to pass on the increase in world prices of petroleum products to the consumers or to right size the State Owned enterprises have adverse economic consequences but favourable political impact. These policies are by no means congruent with the imperatives of constituency politics. What would sell in the constituency and win the votes? Not tariff and price increases of utilities or commodities or bringing the traders and non-filers in their areas under the tax net or diligently collecting agriculture income tax and abiana. These are highly unpopular steps which, in all likelihood, would shift the support to their opponents whom they are going to face in the next election. What the elected representatives would like to see instead is price freezes, administrative controls, job creation in public sector beyond the needs of the organisations, postings and transfers of the officers of their choice and allocation of development funds at their discretion in the areas they represent. All these measures would enhance their political prospects, while on the other hand these go against the principles of good governance and prudent economic management. If implemented, these measures would collectively raise fiscal deficit, force the government to increase borrowings from domestic and international sources and make the country more indebted. Little is it realised that the party in power would ultimately be blamed by the opposition for the economic difficulties created by these actions that would heavily raise the debt burden on the people of Pakistan.

The experience of the elections in KP in 2018 suggests that the PTI government’s record on police reforms, a relatively clean administration, better delivery of services to the citizens and access to health services through Health Insaf Card benefited the majority of the population. PTI was returned to power with three times the number of seats it had captured in the 2013 elections. That too in a province which had the tradition of throwing out incumbent governments successively after a single term only. PTI leaders were able to recapture power without indulging in patronage usually associated with constituency politics. The more recent example of Post Covid Emergency Cash of over Rs. 200 billion to 16 million households being disbursed to deserving people in a transparent manner based on merit without any political  considerations has won world acclaim but annoyance and displeasure of many party stalwarts.

This tension between the short term imperatives of the electoral politics on one hand and the compulsions of good governance and prudent economic management has characterised the play book in Pakistan for a long time. Democratic governance can be improved and economic crises tackled successfully only if the institutions dealing with the security, delivery of basic public services, market support, administration of justice and promotion of equity are strengthened and made effective, efficient and responsive to the citizens. The dilemma we face is: How do we strike a balance between the incentives of the parliamentarians to win their constituency seats and achieve a prosperous welfare state for the collective good of the majority of the population. 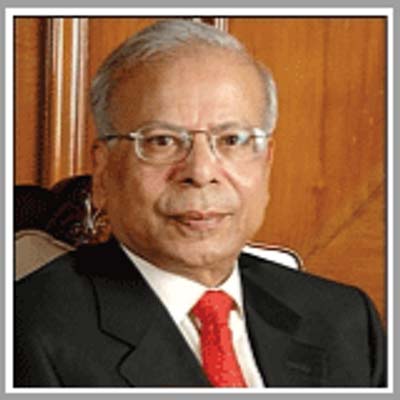 Ishrat Hussainhttp://narratives.com.pk
The writer is a former governor of the State Bank of Pakistan, who till recently was the adviser to the Prime Minister on Institutional Reforms. He had a distinguished career at the World Bank for over two decades and held several other key positions in Pakistan.
Previous articleUNCERTAIN FUTURE
Next articleChanging Course?

The prime object of this year’s budget is to woo a disgruntled electorate, but given Pakistan’s ground realities will it work?